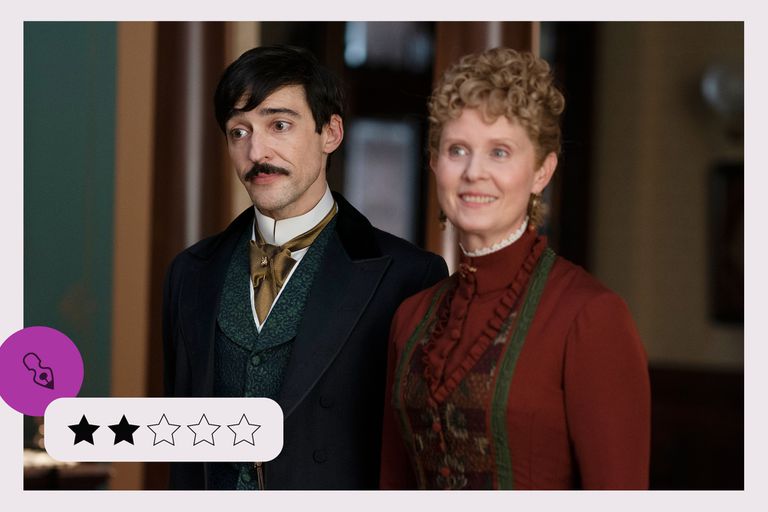 The Golden Age: an opaque portrait of the cold war between the rich and the new rich in New York society at the end of the 19th century

“You are the future and therefore they are the past, that’s what scares you,” says one of the characters in the golden age, the new series created by Julian Fellowes, now available on HBO Max. The phrase illustrates the battle that the Russell family is waging to be accepted into the high society of New York at the end of the 19th century. But it could also refer to much of what happened in Downton Abbey, the successful fiction of Fellowes, inevitable reference point of the golden age which in comparison is rather opaque.

Although the new series takes place in the United States and a few years before the events shown in its English predecessor, the themes of both are similar enough to attract viewers and quickly disappoint them. It is that even though here there are large mansions, elaborate dresses, social gatherings and conflicts between those from above and those from below, on the trip between the English countryside and Manhattan something got lost along the way. The premise I started with Downton Abbey, the need for the Earl of Grantham and his people to adapt to Matthew Crawley, the new and bourgeois heir to their domains, always meant that both sides had something to learn from the other, that progress was achieved at the exact point where the positions of one and the other could be reconciled to mutual benefit.

However, in the golden age, the distance between the representatives of the economic and social changes that the new century will bring and their traditional counterparts clinging to their old ways appears insurmountable. The contempt that families living in the United States have had since before the 1776 revolution for the new rich who seek to erase their humble origins with all the money they could amass takes such a prominent place in the story that in its first episodes the series seems to be more of a prequel to Billions that a younger brother -and less graceful- of Downton Abbey with whom he has a primordial bond: Cora (Elizabeth McGovern), the countess, had been an American heiress with much more money than ancestry, a nouveau riche like the Russells, who contributed her dollars to save her new husband’s ancestral home. A footnote to the British series that is central in this new fiction: the insistence on the financial entanglements of the rich and the richest takes away space and vitality from a plot that has enough characters to be much more entertaining than it is. what results

In fact, Fellowes seems to have taken note of his past successes, believing that they would be an infallible formula for the success of his new project. A) Yes, the golden age has its own Lady Violet, the character played by Maggie Smith who became a fan favorite, in Agnes Van Rhijn, one of New York’s most respected matrons, played by the talented Christine Baranski. Beyond the tight interpretation of the actress, the formidable Agnes with her sentences between funny and hurtful- “Are the girls of that origin presented in society or do they sell them to the highest bidder?”, she asks without waiting for an answer-, distills a bitterness It invades the rest of the narrative.

What was sparkling and exciting in the Crawley universe becomes dark in this series with fear as the predominant emotion. Without the depth or artistic scope of stories like Edith Wharton’s, many of them written from the heart of the society portrayed in the series, the golden age it doesn’t lend lightness or go beyond the surface on which the old and new rich display their petty differences.

On the side of the newcomers—or the upstarts, according to Agnes—are the Russells, wealthier than anyone thanks to the railroad business whose brand-new mansion on the corner of Fifth Avenue and Central Park brims with space, decor, and ambition. The lust for money and power of the patriarch, George (Morgan Spector), stands out as much as the desire of his wife Bertha (Carrie Coon) to be accepted in the society that despises her. Those twin urges make them both ruthless and vindictive when things don’t go their way.

Coon shines as one of the show’s best characters, though his efforts are lost in too many story lines. In any case, her interpretation justifies the existence of the program and the same could be said of that of Cynthia Nixon as Ada, the single sister of Agnes, a woman who even forced to live according to the dictates of her class manages to maintain humanity and sensitivity. that others miss. Much less interesting are the characters of the younger generation led by Marian Brook (played by Louisa Jacobson, Meryl Streep’s youngest daughter), their niece who moves in with them when she becomes broke. Far from the fantastic Lady Mary (Michelle Dockery), Lady Edith (Laura Carmichael) and Lady Sybill (Jessica Brown Findley), Marian and the rest of the young people in the plot do nothing more than emphasize how much the new adventures of dear Crawleys.