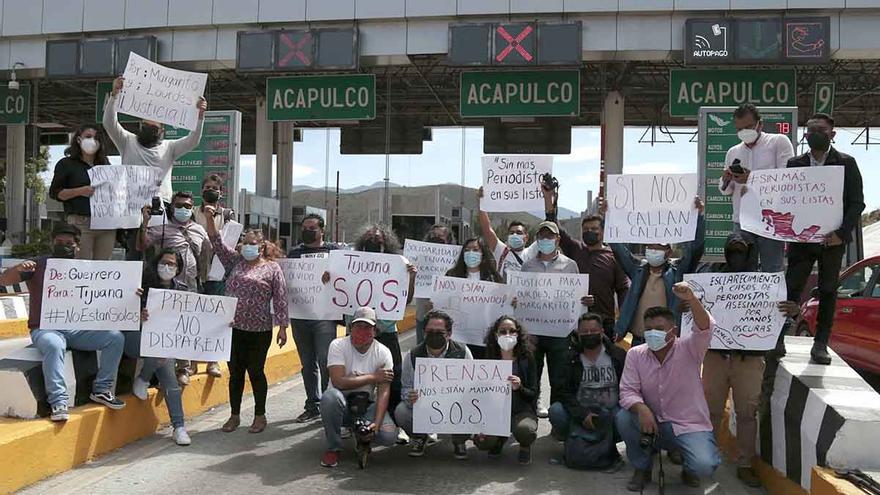 
The Mexican journalistic sector, with three murders behind him in less than a month, has said enough. The murder of two reporters in Tijuana in the last week has filled the camel’s back and put on the table the issue of protection of media professionals in Mexico, the most dangerous non-conflict country in the world for reporters, with a hundred homicides in 20 years. On Tuesday, journalists’ organizations have called for demonstrations in Tijuana and in a score of cities (Mexico City, Ciudad Juárez, Cancún, Acapulco, etc.) under the slogan Neither silence nor forget.

The television journalist Lourdes Maldonado, shot dead on Sunday, and the photojournalist Margarito Martinez, shot dead six days earlier, had requested a “Protection Mechanism” that has existed since 2012. “We call on the Mexican authorities to strengthen the protection of journalists,” said UN Secretary-General Antonio Guterres, it’s a statement.

It is Protection Mechanism for Human Rights Defenders and Journalists it currently covers “496 journalists, of whom 137 are women and 359 men,” can be read on the federal government’s website. The device provides for close police protection and home surveillance cameras, recalls Jorge Carrasco, director of the weekly Proceso. The investigative journalist benefited from it in 2013 after receiving death threats for the investigation of the murder of one of his colleagues, and taking refuge for a few weeks in Paris.

“In my case it worked,” Jorge Carrasco told AFP, adding: But since then, “the mechanism has been superseded. There have been many cases. Carrasco also points to the “lack of commitment” from other institutions (Parliament, judiciary) “The governments of the (32) states have not participated,” he said. Mexico it is a federal state.

“It is clear that this mechanism does not work,” he told AFP. Sonia de Anda, reporter in Tijuana. The murdered photographer in Tijuana he had asked for protection in December because he felt threatened. He never received a response, he said. The journalist Lourdes Maldonado, murdered in her car, was escorted by the police when she was walking. “Obviously, on Sunday night there were no police,” De Anda lamented.

The representative of Reporters Without Borders in Mexico (RSF), Balbina Flores, regrets that the Tijuana photographer’s request for protection has been lost in the paperwork: “The mechanism must provide immediate protection, and leave the procedures for later.

Lack of staff, insufficient resources, errors in the application of preventive measures These are some of the problems highlighted by RSF, which lists the defects of a mechanism that, moreover, does not guarantee absolute security. “At least four journalists and their guards have been killed in three years.

Stationed in Tijuana since the 1990s, the journalist Lourdes Maldonado had requested directly in 2019 the protection of the President of the Republic, Andrés Manuel López Obrador, claiming that he “feared for his life”. Maldonado was in conflict with his former company Primer Sistema de Noticias (PSN), a television channel owned by Baja California state governor Jaime Bonilla (2019-2021), the strongman of the Morena presidential party in the region. Finally he had won his case a few days before his murder.

Victory, after years of litigation, would bring him 500,000 pesos ($24,236), said the former Governor Bonilla, who denied any connection to the murder. He said he was willing to respond to investigators in an interview Monday on Grupo Formula television.

Shock waves from the double murder in Tijuana have spread beyond the nearby US border. “We stand in solidarity with Mexican journalists,” said the U.S. Embassy in Mexico City. “I reiterate our support for Mexico’s efforts in the fight against impunity,” Joe Biden’s ambassador, Ken Salazar, added on social media. More than 90% of the murders of journalists go unpunished.