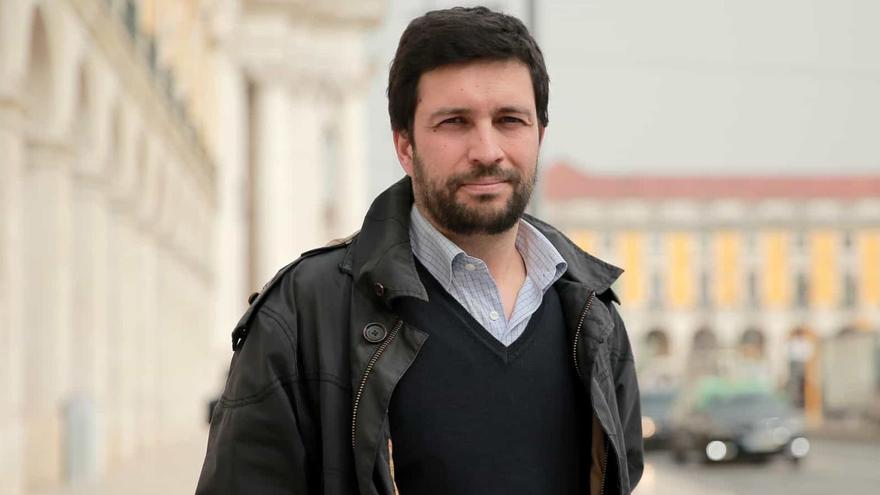 “The socialists have shown total intransigence”


The vote against the Portuguese Communist Party (PCP) to the Budget of the Socialist Government last October was the trigger for the early call for elections in Portugal, scheduled for next January 30. Almost three months after that decision and with the polls against it, the communists insist on their willingness to reach agreements and blame the Socialist Party for a “complete intransigence” when responding to your proposals. An intransigence that, according to João Ferreira -one of the most visible faces of the party and possible secretary general in the future-, responds to the will of the socialists to obtain an absolute majority that allows them to definitively free themselves from the influence of their former associates. Ferreira attends EL PERIÓDICO, and other foreign media, at the gates of a campaign in which the leader of his party, Jerónimo de Sousa, will not participate due to a health problem that has forced him to undergo surgery.

What will the PCP do if the PS wins the elections again?

It will depend on the relation of forces that we obtain in Parliament. We have always said that before discussing with whom a government is going to be formed, we have to ask ourselves why it is going to be formed. If that government is willing to address the rise in wages, to ensure a fairer distribution of wealth and to revitalize the internal market, the PCP will always be ready to contribute to these solutions with the strength it obtains after the elections.

Will they then maintain the same demands that they made during the negotiation of the Budgets?

We did not make demands, that was not how we raised the discussion of the Budgets. We made an approximation effort in matters such as the minimum wage, whose rise we accept to be progressive up to 850 euros in 2023. On other issues, the PS has shown total intransigence, such as changes to the labor law to give workers more power in collective bargaining or to guarantee the exclusive dedication of toilets to the National Health Service (SNS). Our availability to reach agreements remains, the question is whether the PS is interested in those agreements.

The polls point to a loss of votes for the PCP in the next elections, what does your party have to do to reverse this situation?

We do not want to go into the polls, we are used to seeing large differences between the estimates and the actual vote. But it is true that we are in a difficult context, because after the rejection of the Budgets we knew that we were going to be faced with a victimization operation by the PS and manipulation of the reasons that caused the rejection in Parliament. A situation that not easy to contradict, taking into account that in the dominant media there is a narrative that is not close to reality, but that embraces this victimization.

In some European countries the extreme right has managed to penetrate some traditionally communist areas. Are you worried about a similar situation in Portugal?

The appearance of a new party of the extreme right results fundamentally from a recomposition in the field of the right. Right-wing parties were associated with a devastating program from a social point of view between 2011 and 2015, and when the dissatisfaction among the population, certain social and economic interests try to take advantage of this discontent and manipulate it. If we want to combat that, we have to respond to the causes of popular dissatisfaction. I do not believe that we are facing an unstoppable or significant growth of these forces, although we have to be vigilant of this problem.

How does the absence of the general secretary of your party, Jerónimo de Sousa, affect the campaign?

It was an unexpected situation that had to be responded to urgently. Everything indicates that within 10 days the general secretary will be able to return to his normal activity, with which he could reach the last days of the campaign. In any case, the campaign of our formation is a mass campaign, which is committed to direct contact with voters, and we have thousands of activists and candidates committed to that work.