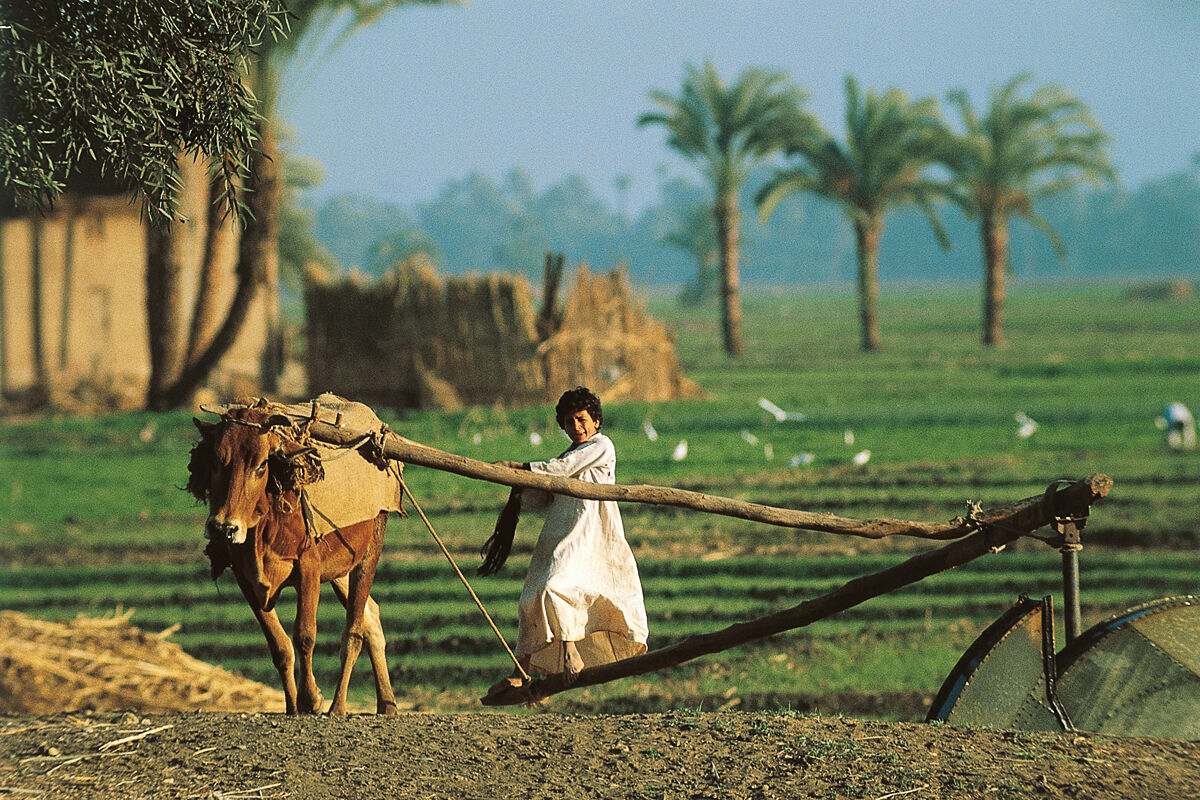 The look of the correspondent

An accident in Egypt has uncovered the harsh reality of child labour. Eight children died on their way home from working on a poultry farm, when the truck they were traveling with other minors fell off the road and fell into the Nile. Fifteen of them survived, in addition to the driver, but eight drowned. They were originally from a small town in the rural region of Menufia, in the Nile Delta, in the north of the country and they worked for about two or three euros a day.

The tragedy, which occurred on January 10, has targeted the size of the child labor problem in the Arab country, increasing pressure for the authorities to comply with international conventions and put a stop to it. According to official figures, 1.8 million minors suffer from this scourge in Egypt, of which the majority (1.6 million) are involved in dangerous jobs. But some local civil organizations estimate that the number is higher and that it could exceed two million. The figure has increased in recent years, due to the deterioration of the economy as a result of the pandemic and the insecure sociopolitical situation that the country has been experiencing for a decade, as a result of the revolution and the fall of the Hosni Mubarak dictatorship.

On January 17, the Senate approved article 58 of the draft of the new labor legislation presented by the Government, according to local media reports. It prohibits the work of those under 15 years of age, although it gives the possibility that they can be apprentices when they reach 14, under the condition that it does not affect their schooling. The future law also contemplates that the employer who hires adolescents under 16, provide them with a certificate that includes what work they perform and a photo, to be approved by the competent authority.

Until now, the governors could authorize the work of boys and girls under 15 years of age in seasonal jobs, as long as they did not cause harm to their health. But the reality is very different. Child labor swells the submerged economy employing just over half of the Egyptian labor force and contributing almost 50% of the country’s Gross Domestic Product. Informal employers often use minors to do much of the work, as they can pay them much less than adults.

Boys and girls do the most reviled jobs in the labor chain, from the stone quarries of Minia to the haciendas of the Delta, passing through debris removal jobs in the megalopolis of Cairo. The thousands of poultry farms in Egypt depend on child labor for cleaning, fattening chickens, collecting and packing eggs. The agricultural sector employs 53% of minors. Working as a house cleaner or begging in the street are also tasks for which boys and girls are used.

Many children drop out of school to support their families and thus combat chronic poverty. In Egypt, one in three people lives in extreme poverty. And this is the main cause of child employment. But this leads to another problem: illiteracy. In 2019, 18.4 million Egyptians could not read or write: 24.6% of the country’s population, which reaches 100 million.

“The authorities have to take more measures to ensure that child labor is put to an end,” he says. Doaa Abass, responsible for the organization Legal Society for the Rights of Children and their Families, to the specialized media ‘Al-Monitor’. “Child labor will produce a new generation of people who will suffer psychological devastation,” he maintains.

Despite years of effort and numerous plans, the authorities have been unable to put an end to the problem, although according to a 2018 document from the International Bureau of Labor Affairs under the US Department of State, efforts have been made. “moderate” progress in eliminating the worst forms of child labour, including sexual exploitation.

In the context of the Arab world, the scourge of child employment is a phenomenon of great magnitude, according to an FAO study published in 2019. The socioeconomic rigors suffered by these countries, in addition to the challenges involved in fighting the problem, in the midst of the absence of social protection systems, the lack of inspections or the difficulties in collecting statistics, are at the root of the issue.

In an ironic coincidence, at the time of the accident that killed the eight children, the Egyptian president, Abdel Fatah al Sisi, was watching a theatrical show at the World Youth Forum, an event devised by himself as a cultural exchange between young Egyptians and neighboring countries. At that time, according to Al-Monitor, he was listening to a South African group sing the popular anthem ‘Bella Ciao’, a song sung by demonstrators in protests against the harsh working conditions in the fields of Italy in the 19th century.