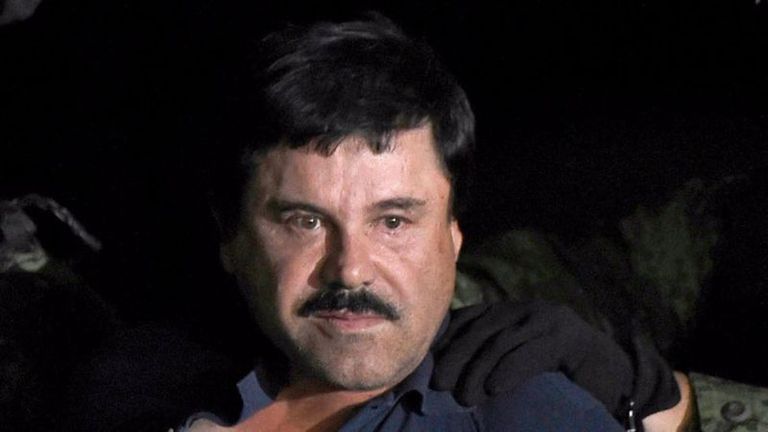 
NEW YORK.- Joaquín “El Chapo” Guzmán will have to spend the rest of his life in prison. This was reported by the Court of Appeals for the Second Circuit of New York, despite the efforts of the defense of the convicted drug trafficker. The Justice determined that the trial against the Mexican capo had been carried out with “diligence and fairness”, therefore, the decision to grant him a life sentence is reaffirmed.

Already in October, Guzmán Loera’s lawyers sought to have the decision reviewed, arguing that the members who made up the trial jury had a biased view of their client based on the press articles they had read. In addition, they said that the confinement to which “El Chapo” was subjected at that time had prevented the defense from working optimally with him.

Guzmán, who was the leader of the Sinaloa Cartel, was found guilty of criminal association to traffic drugs, and was later sentenced by the US justice system to life imprisonment.. But after the trial came the controversy that led the lawyers to ask for a reconsideration: one of the jurors told a journalist that they had read media reports while they were on trial. According to the lawyers, these press releases were about Guzmán’s alleged abuse of girls. Given this, Guzmán’s representative, Marc Fernich, asked for a new trial. “You can’t let that go unexamined,” Fernich said at the October hearing.

In the decision of the justice, made public this Tuesday, The appeals court said that the confinement to which Guzmán was subjected was fair, since security regulations had to be met. He also concluded that he agreed that the jurors judged impartially, but that “any possible bias was not harmful in the face of the overwhelming evidence of Guzman’s guilt.”

This is a major setback for “El Chapo”, that there are already limited legal avenues for its verdict to be changed. The viable option is for his lawyers to go to the US Supreme Court, but that doesn’t mean the courthouse will take his case.

Fernich told The Associated Press on Tuesday that he was disappointed.

“While we respect the court’s decision, we are disappointed that substantial allegations of jury misconduct continue to be swept under the rug and not examined in a case of historic proportions,” Fernich said in an email. “And it’s all due, it seems, to the defendant’s unparalleled notoriety.”

Jooaquin Guzman Loera, “El Chapo” is one of the most important drug traffickers in history. from Mexico. The former leader of the Sinaloa cartel, had acquired a “mythical” fame, after escaping twice from prison in his country. One of them, the most criticized, was through a cinematographic tunnel that led to the bathroom of his cell.

After his last escape, Guzmán was arrested and later extradited to the United States. in 2017, where he remains confined in strict confinement, and where he has had to face justice like his wife, Emma Coronel.