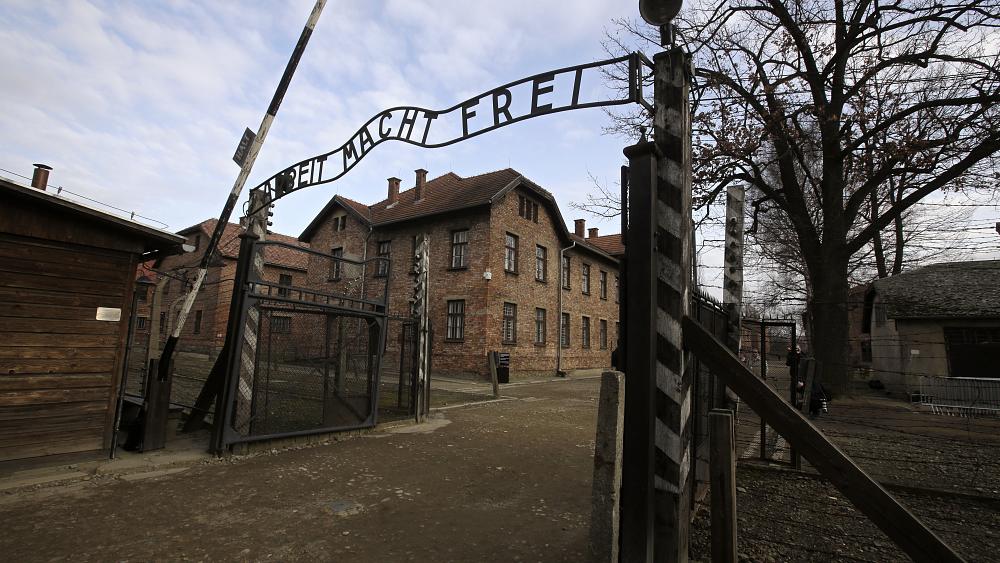 A Dutch tourist has been arrested in Poland for giving the Nazi salute outside the gates of the Auschwitz-Birkenau death camp.

Authorities in southern Poland confirmed that a 29-year-old woman had been detained after the incident on Sunday.

Bartosz Izdebski, head of the press office at the Auschwitz Memorial Museum, said the tourist had asked her husband to take a picture of her in front of the Arbeit Macht Frei (Work sets you free) gate.

The guards called the police when they saw her giving the Nazi salute. The woman’s husband was also arrested.

The two were taken to a police station in the southern city of Oswiecim for questioning, and the woman was fined.

The tourist told authorities her gesture was “a stupid prank,” which she said she regretted.

In Poland, publicly supporting any symbol or gesture of the Nazi regime can lead to up to two years in prison.

In 2013, two Turkish students were fined and sentenced to six months in prison for giving the Nazi salute in front of the main gates of the camp.

The Auschwitz Memorial Museum has also asked visitors not to take photos of themselves walking on the train tracks leading to the camp.

“There are better places to learn balance than the site that symbolizes the deportation of hundreds of thousands of people to their deaths,” they added on Twitter.

The Auschwitz-Birkenau camp complex was established on Polish soil by Nazi Germany during World War II. More than 1.1 million people, mostly Jews, died there of hunger, cold and disease or in the gas chambers at Birkenau.