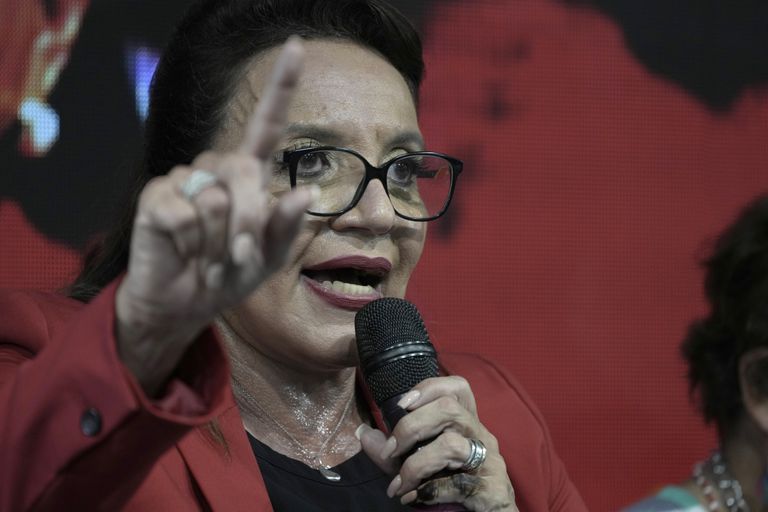 Transition in Honduras: the political crisis that complicates Xiomara Castro before his inauguration


TEGUCIGALPA.- The leftist Xiomara Castro will become the first woman to govern Honduras this Thursday, with his leadership put to the test by a group of rebellious deputies who threaten his plans even before he is sworn in.

Castro, 62, wife of ousted President Manuel Zelaya, won the November 28 elections with a coalition led by his party, Libertad y Refundación (Libre), defeating the right-wing National Party, led by outgoing president Juan Orlando Hernández. The inauguration, which will be attended by Argentine Vice President Cristina Kirchner with a parliamentary delegation, is scheduled for this Thursday at the National Stadium in Tegucigalpa.

Under the proposal of a “democratic socialism”, Castro proposes profound changes in a country where 71% of its almost 10 million inhabitants live in poverty, according to the NGO Social Forum of Foreign Debt and Development of Honduras (Fosdeh).

There is also a high homicide rate of almost 40 per 100,000 inhabitants, generated by drug cartels and gangs. Added to this are climatic phenomena, intensified by global warming, which cause enormous damage. All that adversity generates strong migratory flows to the United States in search of employment.

To address these problems, the president will need the support of Parliament, which even before taking office is elusive. Although the analyst, former director of the NGO Documentation Center (Cedoh) and former minister of Zelaya, Víctor Meza, believes that he will recover it.

“I think that Xiomara (…) is going to have a loyal Congress, which is going to accompany her because she needs a strong Congress to recover the institutional framework, the rule of law,” Meza stressed.

The crisis began on Friday, when a group of legislators from Libre rejected the president-elect’s proposal to appoint Luis Redondo as head of Congress, from the allied group Partido Salvador de Honduras (PSH), whose support was key for Castro to win the elections in exchange for appointing the presidential candidate of that formation, Salvador Nasralla, as vice president.

But a score of dissidents from Libre decided to support Jorge Cálix as head of Parliament, whose candidacy had the support of the PN and other opposition groups to Castro, in a session held amid shouts and blows.

The last Sunday, in parallel meetings, Redondo was elected in the Parliament building, but with a majority of substitute legislators, while Cálix did so with 79 of 128 titular deputies, in a country club.

All of this happened under the watchful eye of the United States, which has already shown its support for Castro at the highest level. Vice President Kamala Harris herself will be present at the inauguration.

Cálix considered that Libre should preside over Parliament, because he has the first majority, with 50 legislators, and was in favor of a new vote.

While, Redondo reported that he was called by the United States embassy in Tegucigalpa to discuss the matter..

As they told the AFP sources close to the negotiations, the parties have evaluated the possibility of a third consensus candidate. But some members of the new government coalition still need to be convinced.

Castro invited Redondo to place the presidential sash on him. But if until Thursday the direction of Parliament is not defined, a judge can do it, according to the law.

Last night a version of the Official Gazette circulated that recognizes Redondo as president of Congress. But the manager of the National Graphic Arts Company, Thelma Neda, said it had been done without authorization.

Castro accuses the dissidents of allying with Hernández’s National Party to prevent the transformations he promised in the campaign, among them the restitution of laws against impunity, dismantled by the outgoing government.

Hernández has been accused by New York prosecutors of maintaining links with drug trafficking. His brother, former deputy Juan Antonio “Tony” Hernández, is serving a life sentence in the United States for that crime. Both deny the charges.

Another of Castro’s tasks will be appoint “a Supreme Court of Justice that has impartiality and that does not come to fix or also generate impunity”said the representative of the NGO Association for a Fairer Society (ASJ), Lester Ramírez.

In the midst of the crisis, Castro received the support of the influential Armed Forces and the National Police.