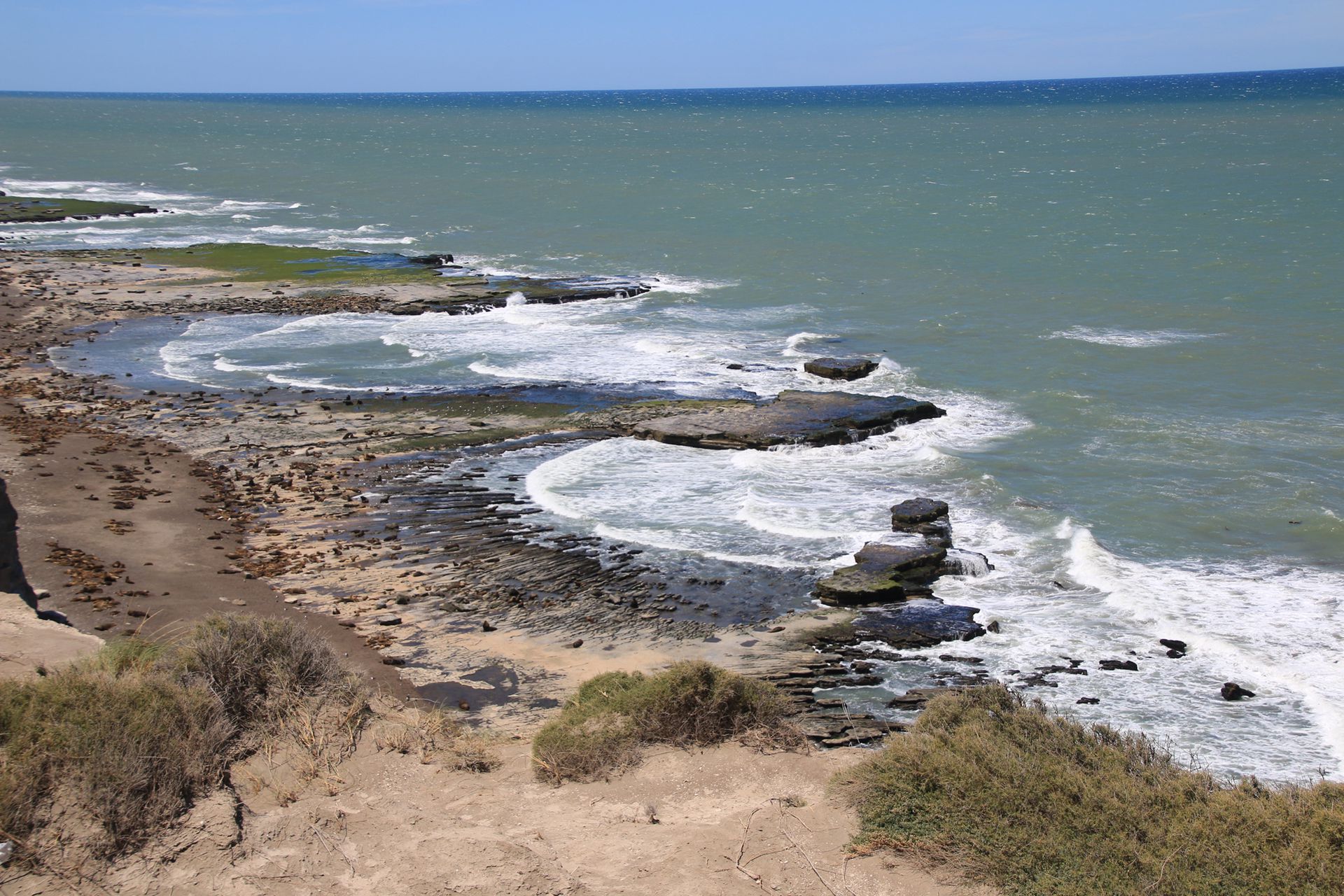 
There are no palm trees, yes, but in terms of the transparency of the water, some stretches of the coast of the Argentine Sea have nothing to envy the Caribbean. They even have a plus, very important for this summer season where we will have to continue learning to live with the pandemic and its tail: space, something that is left over in the immensities of the south of the country.

And if the idea is to avoid gatherings without missing out on the chance to enjoy the usual summer sun+sea combo, the coasts of Río Negro and Chubut are extensive and diverse enough to hide some little-known beach resorts outside their regions, ideal to enjoy as an alternative to the local stars that are Puerto Madryn, Rada Tilly, El Cóndor and Las Grutas.

El Cóndor is the resort of Viedma, Carmen de Patagones, Conesa and other towns in the Río Negro valley. is reached by Provincial Route 1, the only truly coastal trace in the entire country. After the lighthouse, the road invites you to continue your journey. It is in good condition and paved for about 30 more kilometers, until The Lobery. From the top of the cliff, the views over the sea are open and invite you to make many stops, including at least one to observe the flocks of parrots that inhabit the region and are part of the largest colony in the world.

Finally, you reach the spa, a little larger than a mere farmhouse, but which prides itself on having basic accommodation and food services throughout the summer season. The town is more than fifty meters above the beach, sheltered at the foot of the cliff. It is accessed by a descent in the rocky platform, where the neighbors installed a small rail with a motor that allows boats to go up and down but also to people who do not dare to enter the steep slope.

It is not difficult to guess that this small seaside resort owes its name to a neighboring sea lion colony. It is, incidentally, the largest on the continent and brings together several thousand animals. They can be observed from a viewpoint, also seeing several species of seabirds common in the area, such as petrels, seagulls or cormorants. The nature and fauna of this portion of the coast make up the theme of a small interpretation center. It is about three kilometers from the resort, on the edge of the road and next to the Punta Bermeja Wildlife Reserve, which is characterized by a magnificent landscape of semicircular restingas and natural pools.

This hamlet can aspire to the title of “Smallest Spa in the country”. It is also one of the least known, even in the province of Río Negro itself. You have to look for it on the edge of an extensive field of dunes, a kind of pocket Sahara facing the waves of the San Matías Gulf.

The winds play with the mountains of sand and frequently advance over the few houses and also over Provincial Route 1. For this reason, the road needs constant maintenance and when that is not possible, the sand prevents the journey to San Antonio del Este. , coming from Viedma and El Cóndor.

creek bay it has only a few dozen houses. Its smallness becomes gigantic in the immense Patagonian nature. The beach, the dune field or the horizon: everything seems infinite. From the houses, the beach is accessed through an open passage in the cliff.

Despite being forgotten on most maps, Bahía Creek is a place with history. Rumors circulate according to which from 1945 several U-boats arrived at this totally isolated point of the Argentine coast and the legend adds that there were several landings of Nazi leaders.

Services in summer: in season there are a couple of hostels and a camping ground. Bahía Creek is one hundred kilometers from El Cóndor, where you can count on a variety of businesses and services.

South of Rawson and its spa Union Beach, after having crossed the Chubut River near its mouth, you come to a small town practically unknown in the rest of the country. It is named after an Italian carpenter who settled there about a century ago. This resort is part of the agglomeration of the capital of Chubut, although it is just over 12 kilometers away.

It does not have a true hull but its ejido stretches along the coast and the houses were built directly facing the ocean, sheltered by small fences where oyster fossils and other bivalves abound. The roads are made of sand and urbanization is as limited as the services, but there are several accommodation options and even some businesses.

Services in summer: shops and several alternatives to stay. Nearby are Rawson and Playa Union, which have all the amenities.

Arriving in Camarones, after a long detour from National Route 3, you have the feeling of having come across the end of the world. You can’t really talk about blocks and the houses are scattered in front of a small bay and its port, in some corner of the coast swept by the winds.

In the town there are a couple of attractions (a museum installed in the house where the Perón family lived for a few years and a monument that recalls the Spanish colony of Nueva León and the attempt to found a settlement by Simón de Alcazaba in 1535), but there is no beach. For that, you have to go south and Cabo Dos Bahías along Route 1. After a few kilometers, nature prepared several options, all wild.

Playa Elola It is the favorite of the locals even though it does not have any services. It is the ideal place for those looking for large spaces and absolute peace. It lends itself to fishing and pulping. It is also on the way to the natural paradise of the Cabo Dos Bahías provincial reserve, where the second largest penguin colony in Argentine Patagonia is located, after Punta Tombo.

Services in summer: it does not have any infrastructure. Bring an umbrella, plenty of water, food and above all bags to avoid leaving garbage.

Some sites deserve their name better than others. This is the case of this beach sheltered by a small rocky point. It is located in the extreme north of the Comodoro Rivadavia agglomeration, about 20 kilometers from the center of the oil city. Rada Tilly, in the extreme south of Chubut, can be considered the southernmost resort in the country, with all the expected services and infrastructure. Playa Tranquila is the complete opposite, with no buildings in sight.

It is reached by a gravel road from the small coastal village of Caleta Cordova (with v, although it often appears with b), a group of houses on the side of a bay that has a certain air of perpetual vacations. This small town is a gastronomic pole for Comodorenses, since it has several options of establishments specialized in fish and seafood.

Services in summer: Playa Tranquila does not have services, but there are in Caleta Córdova.