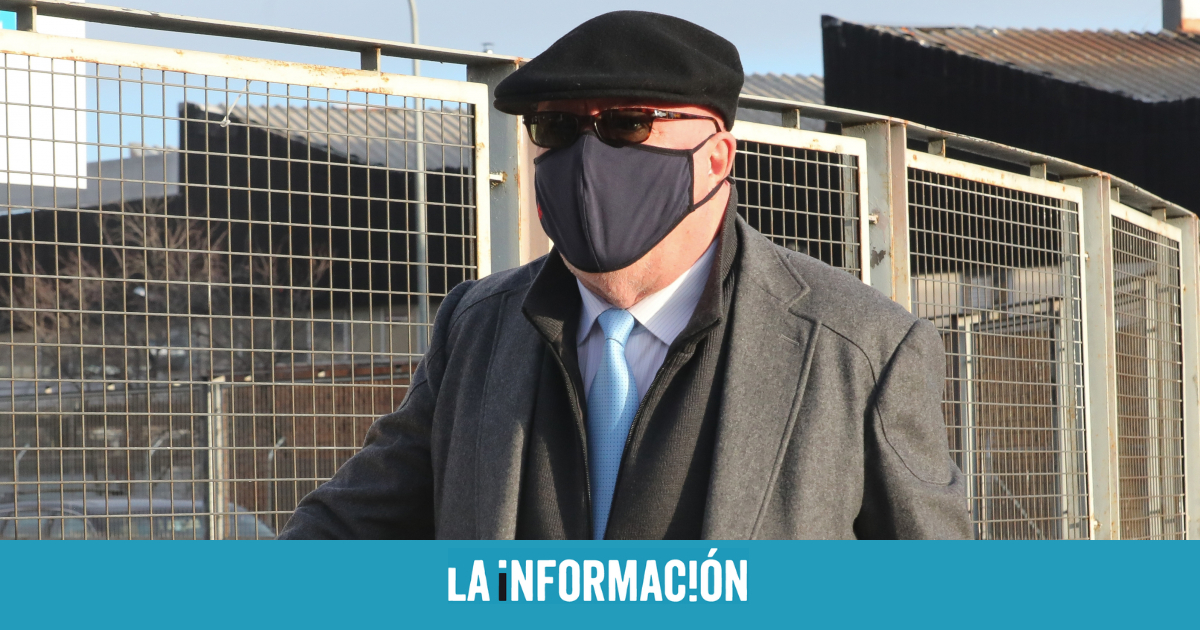 
More than 46 million euros. That is the value that, according to José Manuel Villarejo, the Cenyt Group, the group of companies that the retired commissioner created in the 1990s and through which he provided alleged espionage services, framed in business consulting or corporate intelligence work, to various clients, among which are important national firms, some of the Ibex 35. And this was stated in the documentation sent in 2007 to BBVA, which also required his private jobs while was still active in the National Police, to prove his solvency before the intention of opening some accounts, for which the undercover agent later had a confrontation with the financial institution.

This information appears in an internal report that BBVA prepared on the occasion of the lawsuit that Cenyt filed against the bank, considering that it had been “cheated” with a credit account with mortgage guarantee for an amount of 1,024,100 euros and the subsequent “interest rate risk hedge” contracts, by not recording the estimated profits. In said document, which has been made available to the judge of the National High Court Manuel Garcia Castellon, which investigates the ‘Tándem’ macro-cause, includes a section called “information on the company and its directors”, which indicates that the partner of the commissioner, Raphael Round, presented an “organizational chart” in which “a global value is given to the Cenyt Group of 46,340,000 euros (7,710 million pesetas)”.

The report, to which La Información has had access, was incorporated into the line of investigation -the ninth- of the also known as the ‘Villarejo case’, which deals with the hiring of the retired commissioner between 2004 and 2017 by BBVA, after PwC found it in the email of the bank’s former Head of Security Julio Corrochano, when carrying out an internal audit commissioned by the bank’s lawyers and preparing a ‘forensic’ report, which was contributed to the case. However, the Anticorruption Prosecutor recently hinted that the consultant had done a “screening” and criticized that it had only reported that said internal document was linked to said former manager, investigated for contracting the Villarejo network, when, according to the documentation provided, it is clear that the same passed through the hands of several employees.

For this reason, at the beginning of this month of January, and at the request of the Public Ministry, the reinforcing investigating judge Joaquin Gadea, substituting Judge García Castellón, asked PwC to clarify why it did not notice that the document prepared by the BBVA employee Cesar Bejar Hurtado in June 2011 -which he has already testified as a witness- was sent, at least, by Fernando Fernandez-Bermejo, then area director of the branch in which Villarejo opened several bank accounts, to the BBVA board Christina of Parias, so that this in turn would send it to Corrochano. In response to this request, The consultant sent a letter on January 18, which has also been consulted by this newspaper, in which it explains that the names of the other bank workers who had some kind of contact with the internal report did not appear in the ‘forensic’ because “have never been identified, considered or included as subjects of analysis (…) neither as ‘custodians’, nor as ‘pre-custodians'”.

Thus, PwC has resubmitted the report in question in which, in addition to indicating the global value of the Cenyt Group, it is detailed that the capital of the company Club Exclusive de Negocios y Transacciones SL, with which he carried out the “business consulting” activity, it was 1,502,205.66 euros. And add that this company had 11,577,000 euros in “investment assets”; 875,000 euros in “facilities”; 3,675,000 euros in “goodwill; and 10,810,000 euros for “available investments”. These are not the only figures reflected in BBVA’s internal document, since it reflects that, “according to the organizational chart provided by Mr. Redondo”, Cenyt had ramifications, since other companies such as W Development, “whose activity is Business Intelligence”. According to the document that the Villarejo companies delivered to BBVA in 2007, the business group holds 100% of the capital of this company and “its anticipated annual sales were between 1,800,000 and 200,000 euros”.

Other of the mercantile subsidiaries was Ser. Investigation and Detection, 65% owned by Cenyt and dedicated to the “research consultancy”, with expected annual sales of 800,000 to 1,000,000 euros. Lastly, the Villarejo network also entered the theme park construction and operation sector with Al Mansur City, of which Cenyt had 100%. Outside of Spain, the retired commissioner had investments that appeared computed for a value of 10,500,000 euros in the document delivered by his partner to BBVA and that they consisted of “12,000 reclassified in the Dominican Republic, a palace castle with 25,000 meters and other real estate in Montevideo (Uruguay)”.

With all this information, the head of the Central Court of Instruction number 6, Manuel García Castellón, has scheduled for the middle of next February the interrogations as witnesses of BBVA employees who were aware of or related to the accounts that Cenyt had in an office on Calle Orense in Madrid, close to the emblematic Torre Picasso where the commissioner’s offices were located. The objective of these appearances is to clarify to what extent the bank was aware that the retired commissioner José Manuel Villarejo was in charge of the Cenyt Group. The first account was opened in December 2004, a few days after the undercover agent companies were first hired by BBVA to freinstate the attempted assault on Sacyr Vallehermoso on the entity’s board of directors.

The following openings took place from 2007, on the occasion of the “reactivation” of the relationship, after Corrochano arranged an interview between the retired commissioner and the then area director of the entity and the person in charge of the branch for deal with a matter related to “some projects” that Villarejo “had in their portfolio”, according to the internal report that works in the summary of the case. In said meeting, the former police officer “explained his relationship with BBVA and the logical reciprocity in the sense that if the bank was his client, the logical thing is that they had a closer relationship with the bank“.

After the appearance of the discussions for the supposed “deception” of which Cenyt accused BBVA, the report drawn up in 2011 by the bank employee underlines that the commercial relationship between said company and the office in which the accounts were opened had been maintained “until now with total normality”, even formalizing numerous contracts such as “currency accounts, current accounts, cards and time deposits for large amounts”. In fact, it stands out that Redondo, who was the main interlocutor on the part of the retired commissioner’s network, reported the start of a new business in Malaga and “I wanted to have BBVA as a reference bank for it”.