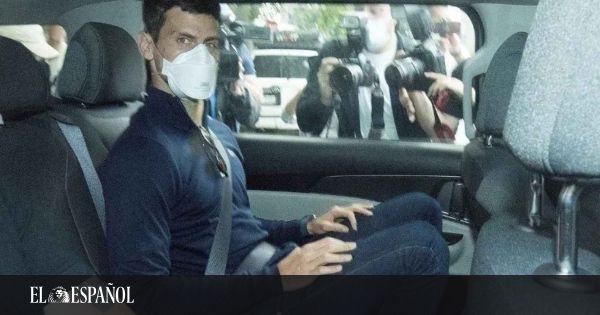 where there is a state does not rule tennis player 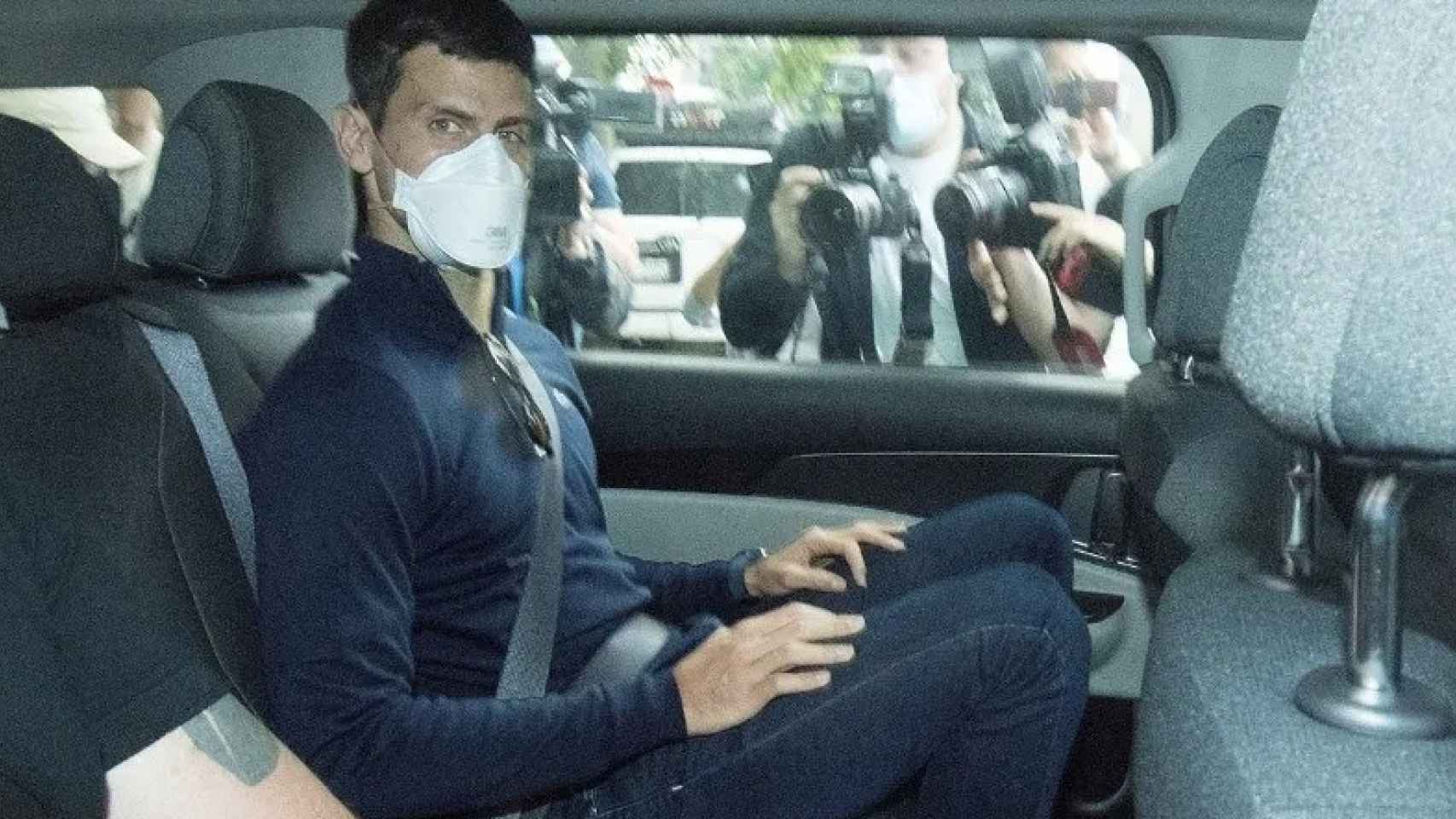 We could say how Cicero, What times! Oh my manners! watching an event on the other side of the world generate a tidal wave of reactions that sweeps across the global village. Some and others hoist their respective flags, fervent tweets are thrown like stones, likes, favs, shares Y comments. Hate flies over heads, audiences impose their rules and, in between, the bitter impression remains that the fake show makes us lose something important along the way: concepts.

The problem that has been raised Novak Djokovic it does not refer strictly to compulsory vaccination. It is true that some states in Australia have imposed it for certain workers, particularly those employed in sensitive sectors due to their contact with the public.

But that is not the position in which Djokovic has been placed. Even counting on the initial contribution to the organization of the tournament, which according to all indications was permissive to ensure the participation of the world tennis number one, the truth is that Australia has done nothing but exercise its natural powers as a sovereign State to indicate what requirements must be met by those who want to enter its territory.

You may or may not be vaccinated. But if you don’t, you won’t be able to enter the country. Australia does not force anyone, but neither can it be forced not to do what it considers appropriate in defense of the security of its citizens, from whom it has demanded important sacrifices to face the pandemic.

Things are not that simple, of course. It could be said that the imposition of vaccination to enter the country implies some type of indirect obligation or conditional indication, insofar as refusing to receive it causes the loss of the opportunity that motivates the realization of the trip, whether professional, personal or for mere leisure.

But the opportunity or advantage that an individual seeks or promotes when traveling to a country implies that he assumes the regulatory system of that country, which includes the principles of public order.

Any country, and of course Australia, can say to the world: “If you want to get some kind of benefit from visiting us, you have to do it by following our rules. If it doesn’t suit you, then find and complete your opportunities elsewhere.”

What has been put into play here has been something very different and perhaps even more important, which can be formulated as follows. What is the tolerable range of exceptions to the rules that make up the legal system and guarantee the framework of coexistence that a healthy society can afford?

Although later there has been an attempt to lower the initial profile, Djokovic has presented himself to public opinion as an anti-vaccine convinced that he only needed natural remedies and internal balance to overcome a virus. You have entered Australia providing inaccurate information (let’s leave it at that). And when its permanence has been questioned, its environment has chosen to promote an image of resistance with enlightened and nationalist overtones.

The message that has been transmitted by the propaganda apparatus surrounding the athlete has been that the circumstances in which Djokovic had entered Australia, the country’s regulations, the powers of its authorities and the exemplary factor that hovered over the case, were secondary issues.

“But the response from the anti-vaccines in Australia itself was very discreet, and the inflamed statements and protests in Serbia were too far away”

On the contrary, they wanted to assert the singularity of the protagonist. He was an elite athlete of a healthy young man who had paraded his physical form and his poise all over the world, including a previous stop in Spain, without so many precautions or inconveniences, days before landing in Australia. From a Serbian citizen adored in his own country, who wanted to present himself as a symbol of resistance against injustice.

The underlying message is that, under the conditions described, such a man could not and should not submit to the rules, and that an exception had to be made for him.

It’s more. It did not matter how said exception had to be articulated, because if the first strategy failed, based on the conviction (perhaps in part favored by the organization of the Open) that Djokovic was going to tolerate the small irregularities of his file, then he would enter at stake the second, which was to overcome the resistance of the Australian authorities generating a sufficiently intimidating social climate of support for the tennis player.

But the accounts did not come out. The response of the anti-vaccines in Australia itself was very discreet, and the inflamed statements and protests in Serbia were too far away. See the images of a few extremists brandishing lit torches in Belgrade, or a broader and more restrained part of the Serbian population dancing the typical bike in the streets of his capital, or even listening to the inconvenient statements of the Serbian president, turned out to be indifferent to the Australian authorities and one more product of the daily avalanche of throwaway images that do not transcend beyond the moment they are generated.

“Australia put into play its rule of law, adopted its decisions and assumed its responsibilities, processed the appeals presented and complied with the judicial decisions”

And what is more important. The accounts did not come out because Australia did something that may seem truly revolutionary at the time of the story, the wrapping, the trompe l’oeil and the interested or cowardly transfer: it said “no”. He put his rule of law into play, adopted his decisions and assumed his responsibilities, processed the appeals presented, complied with the judicial decisions, each one in the sense required by the specific administrative act considered, and preserved Djokovic’s right of defense.

With all this, Australia proclaimed that fame, possible media or diplomatic pressure and the convenience of the show could not be considered an exception. That their order could be harsh, and even objectionable in some respects, but it was like that for everyone regardless of their power or ability to influence. And that, by maintaining this substantial equality of treatment, upheld the equivalent dignity of all people.

We still do not know what the future will bring us and when and under what conditions we will come out of this pandemic that will surely mark our lives with its social and economic consequences for much longer than we had anticipated. To be in favor or against vaccination, and even more so, compulsory vaccination, for the population of the country, or as a requirement to enter the national territory, It is not a matter that can be dismissed in a simplistic way or with visceral arguments, because it puts on the table a deep-seated moral controversy, which we are getting rid of in Spain for simple circumstantial reasons.

Unlike other countries, the degree of popular acceptance of vaccination is so high that it has excused for the time being to propose other measures. And although in the current state of our system compulsory vaccination is not possible, it seems that the legal reform to introduce it could be covered by the constitutional umbrella.

It is, by the way, significant that no serious objections are being raised on this matter in European countries with a similar constitutional culture that have already implemented some degree of compulsory vaccination since Ursula von der Leyen suggest the appropriateness of a debate on such extremes.

We have got rid of all this, for the moment. But we shouldn’t evade what really lies behind the Djokovic case. Not so much a legitimate discrepancy on whether or not vaccination can be required, and under what conditions, but rather an appeal to political responsibility in decision-making, and the demand for equality and dignity of citizens, guaranteed by the integrity of the legal system.

On all these aspects we have before us in Spain an important space for reflection.

*** Luisa María Gómez Garrido is the president of the Social Chamber of the Superior Court of Justice of Castilla-La Mancha.