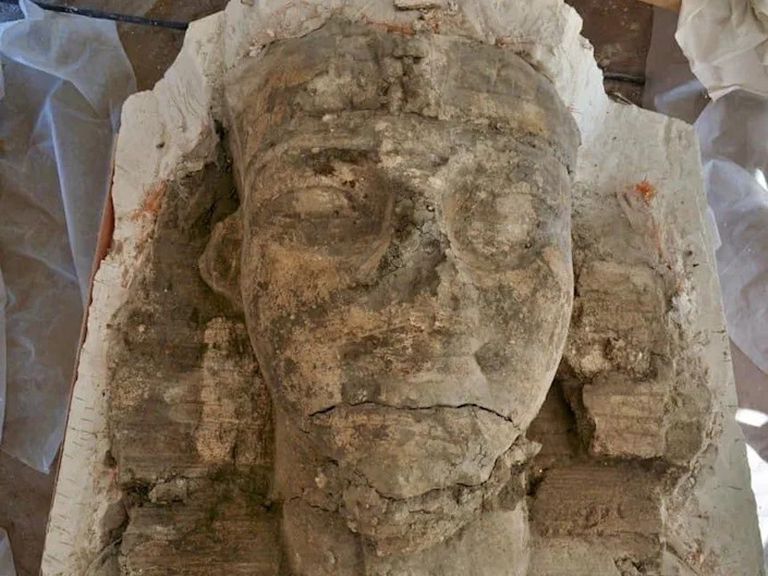 
While restoring an old mortuary temple in Luxor, Egyptarchaeologists discovered two colossal sphinxes built by a pharaoh who ruled that civilization 3300 years ago.

The discovery was made in the temple of the faraón Amenhotep III (known to the Greeks as Amenophis III), as specified by the Egyptian Ministry of Tourism and Antiquities.

The statues, made of limestone, they measured around from 8 meters and they represented Amenhotep III in the form of a sphinx, as the mythological creature characterized by having the body of a lion and a human head is known.

These sphinxes also wore an ornament around a head resembling a mongoose, a royal beard and a wide necklace.

Amenhotep III ruled Egypt in a era in which civilization was rich in gold and went through a period of prosperity and of power growth in Africa.

the sphinxes were uncovered semi-submerged for a mission of German and Egyptian experts exploring in Luxon the building known as the “temple of millions of years”.

Horig Sorosian, leader of the German-Egyptian mission, asserted that the sphinxes indicated the location of a procession route used for celebrating festivals.

After restoration work, archaeologists found an inscription that states “The beloved of the god Amun-Re” on the chest of a sphinx. The quote refers to God sun also represented as a sphinx.

Scientists also discovered three black busts granite from the goddess Sekhmet, a goddess of war, also associated with healing. She was often depicted as a lion.

In addition, it was found that the remains of walls and columns were decorated with inscriptions and ritual scenes, according to the Ministry of Tourism and Antiquities.

The vast funerary temple, built near the Nile River by Pharaoh Amenhotep III, was destroyed by a earthquake that swept ancient Egypt.

The main purpose of the temple was to provide a place for the Offerings of pharaoh after his death and on his way to the afterlife.

As reported, the project for the restoration of the temple began in 1998 together with the Colossi of Memnon, two massive stone statues dedicated to Amenhotep III, under the supervision of the Egyptian authorities.