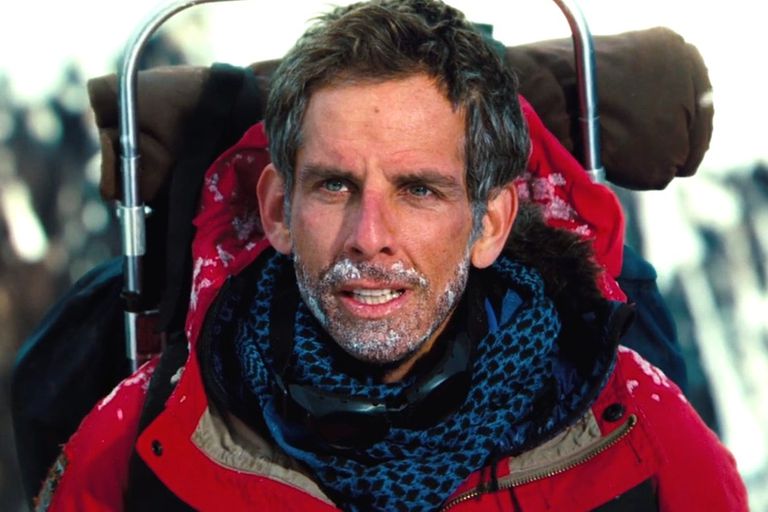 The incredible life of Walter Mitty: the secrets of a film to narrate an ending


After 12 years in Brando, I have to write the penultimate editorial of the magazine. I go around my house, I threaten to sit at the computer, but no. Not yet.

I send a wasap to Gaspar Kunis, a former photo editor, and ask him what Walter Mitty’s colors were like. There are movies that are internal codes. Movies that are enough to make you a friend or friend of someone just for sharing that taste. They are almost never great films, but rather arbitrary preferences, secret fanaticism. That’s how it was: at some point I mentioned, in passing, that I loved a movie in which Ben Stiller did not play Ben Stiller, but quite the opposite. Gaspar opened his eyes, his arms too, and shouted as if his heart were pounding: The incredible life of walter mitty!

The incredible life of walter mitty It was born first as a short story, written by the humorist James Thurber in 1939, in which a bland proofreader, who everyone mistreats or ignores, daydreams to embark on the adventure of conquering the girl of his dreams. Eight years later, in 1947, it was adapted for the cinema as a romantic comedy.

When they confirmed to us that the magazine was closing and that the February edition (the next one) would be the last, everything turned blue. Not routine blue, but invisible blue. As if the work of all these years had vanished in that instant.

But when in 2013 Ben Stiller took her back in his role as producer, director and protagonist, the world had changed. And the mood too. Any hint of humor had turned into melancholy. Perhaps nostalgia for the end of an era. The Walter Mitty of the 21st century is a laboratory technician –responsible for the photographic negatives– of the most famous magazine in the world, Life. And the most famous magazine in the world, the one with Marilyn, Kennedy, Fidel Castro, Hemingway and Queen Elizabeth on the cover, is about to go out on paper. Internet destroys its materiality. And, especially, with that silent office of Walter that, paradoxically, becomes essential: he has the mission of getting the last cover photo. A life or death mission that will take you from fantasy to real adrenaline.

I’m still here, turning around at a safe distance from the keyboard, when I hear an audio from Gaspar. And another, and another. It gives details that, in order not to spoil, are summarized in two colors: blue and red. In the first part of the film, almost everything is blue. Like the bureaucratic routine of Walter Mitty, like his life as an office worker that nobody cares much about, like his invisible and dying job. But as he goes out in search of adventure –no longer imaginary: there will be trips, boats, routes and even climbing a mountain–, and begins to put his body guided by a desire, the palette turns red.

We were a kind of Walter Mittys launched to turn something that could have been routine, bureaucratic, inconsequential, into a journalistic adventure.

When they confirmed to us that the magazine was closing and that the February edition (the next one) would be the last, everything turned blue. Not routine blue, but invisible blue. As if the work of all these years had vanished in that instant. I saw myself blue. Until emails, whatsaps and calls from collaborators who had found out about the news began to arrive. And with each message the anecdotes, the memories, the signs of gratitude for having been part of this project multiplied, and the recognition of a magazine that opened paths, spaces, possibilities to tell, to show, to create.

And then it occurred to me that yes, that both Humphrey in editing, Martín in design and Inés (and further back Gaspar and Vera) in photography and I in directing (preceded by the great Nico Cassese) were a kind of Walter Mittys thrown into turn something that could have been routine, bureaucratic, inconsequential, into a journalistic adventure in which in each edition we were encouraged to push some limits, to reinvent a genre, to try ways of narrating.

They were pages and pages, years and years, in pure red. I hope they have been for you too.

(PS: we would love for you to tell us what it meant Brando for you by writing to [email protected]).