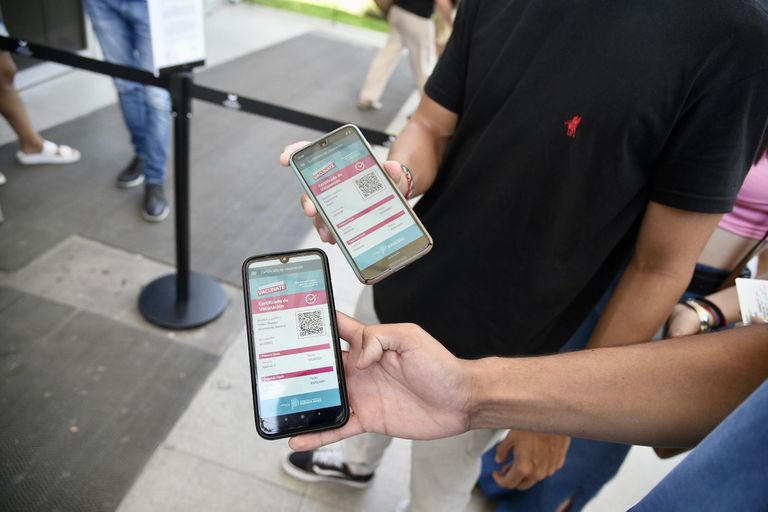 
The use of Sanitary Pass continues to spread in the province of Buenos Aires and, now the time has come for it to be implemented in medium and long-distance buses, the Buenos Aires Minister of Transport spoke, Jorge D’Onofrio, who assured that in the government of Axel Kicillo they do not intend “neither a police state, nor a gendarme next to each user”, but they will appeal to individual responsibility.

”The Sanitary Pass is for medium and long distance, the implementation is very simple. The passages are nominal, with which at the time of proving the identity, the user must also verify the complete vaccination and there they will give him the ticket “, detailed today the official, in statements to mainland radio, based on how the requirement for this certificate will be, which is only obtained by those who have their primary scheme against the complete coronavirus.

The minister assured that the implementation of the Sanitary Pass in medium and long distance transport is imminent and described as “good news” the decision to ask for it in crowded activities and closed places since last December 21. He justified it in the “increase in vaccination” that came behind this strategy and stressed that now only more activities will be added.

”We do not have large anti-vaccine movements in Argentina or in the province of Buenos Aires, what we do have are lazy The people who doubt because of the misinformation that there is sometimes, but today we are above 95% with one dose, 86% with two doses, and the booster doses are growing very well. The only item in which we were weaker will now be faced with the school vaccination program, ”said the official from the Front of All, referring to the plan presented by the president Alberto Fernandez this week in Morón, which seeks to increase inoculations among the little ones before the start of the school year.

D’Onofrio also recalled that the Sanitary Pass at the moment only targets people over 18 years of age, but he did not rule out that in March or April, “with the arrival of the cold”, it is possible to advance towards the rest of the population. “Our responsibility is to analyze all the alternatives, this depends on the evolution of the pandemic and the sanitary analysis carried out by the authorities,” he asserted.

On the other hand, the official who responds politically to Sergio Massa anticipated to be analyzed expand free vaccination for those who work in the transport sector. “We are studying completing the free vaccination process for all public transport personnel, the positive thing is that the campaign is getting stronger and stronger and with more responsibility on the part of the people of Buenos Aires,” he added.