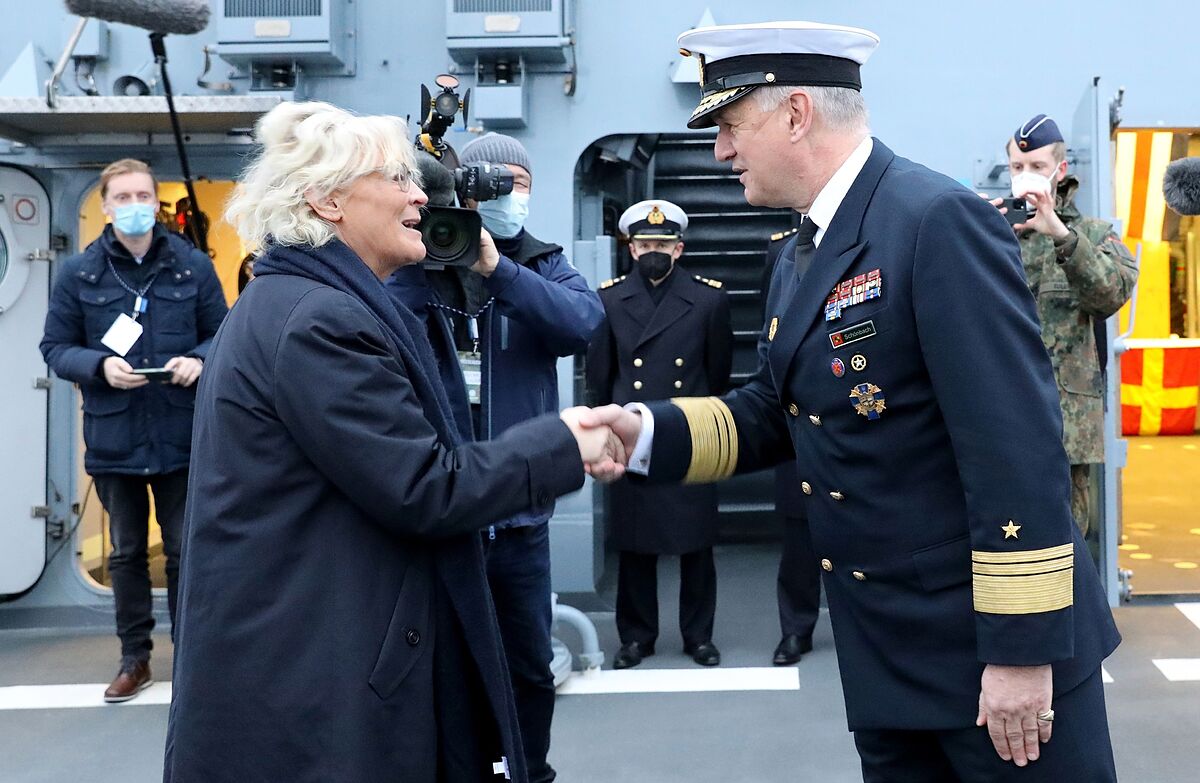 The country threatened by Russia needs at least 100,000 helmets and vests, while the German government maintains its position of not sending weapons to conflicts

Germany will support the Ukrainian army, but it will be in the form of protective helmets for its soldiers in case of a possible Russian attack. The Defense Minister, Christina Lambrecht has announced that it could be 5,000, an aid that is probably received as a bad joke in Kiev. Ukraine says it needs 100,000 helmets and vests.

The Ukrainian ambassador in Berlin, Andrij Melnyk, has described the gesture as “purely symbolic” and as a “drop of water in the ocean”.

The minister’s announcement was made at the meeting of the parliamentary defense committee, according to information collected from the participants by the German agency Dpa.

“This is a very clear signal: we are at your (Ukraine’s) side,” the minister declared before the commission, without entering into any assessment of that aid.

In counterpart, Lambrecht welcomed the resumption of diplomatic dialogue to avoid an escalation between the two countries. “We are working to peacefully resolve this conflict in the middle of Europe,” he commented without entering into assessments. In this sense, he stressed that there are a series of red lines that cannot be negotiated in these talks: “Compliance with international law cannot be negotiated. The integrity of States and also the sovereignty of alliances between countries cannot be discussed.”

Fearing a Russian attack, Ukraine has repeatedly requested the delivery of weapons to various countries, including Germany. However, in the latter it has been met with the majority refusal of the coalition government made up of social democrats, environmentalists and liberals.

The German parliament already adopted in the last legislature a position contrary to the export of weapons to conflict zones. After that vote, for example, Germany stopped supplying weapons to Saudi Arabia because of its involvement in the war in Yemen. The ban was extended to all German components used in military projects, affecting partners such as France and Spain.

The new government continues to validate the will of the Bundestag and despite pressure from Ukraine refuses to send weapons.

Lambrecht is now responding with a shipment of 5,000 protective helmets, equipment that leaves no doubt that it’s purely defensive and not increase the tension that already exists on the border with Russia.

The position of Foreign Minister Olaf Scholz’s coalition does not seem to resonate in Kiev. His ambassador to Germany, Andrij Melnyk, insists again and again on the need for the West to face a Russian invasion. In statements to the economic newspaper HandelsblattMelnyk called for “urgently 100,000 helmets and protective vests for the volunteers who have just enlisted to defend their homeland together with the Armed Forces.”

The Ukrainian diplomat insisted that his country “will not give up trying to convince the German government and the opposition to supply Ukraine with defensive weapons.” In the letter of request for military aid sent by Melnyk to the German Ministry of Defense last December, these needs were not quantified, according to the minister.

The German refusal extends even to NATO. Already in December, the new Ukrainian Defense Minister blamed Germany for blocking the supply of weapons to Kiev through the Alliance. According to Oleksii Reznikov, Ukraine’s Defense Minister, Berlin already saw in November the purchase of anti-drone rifles and anti-sniper systems through the NATO Procurement and Support Agency.

Kiev has struggled to plug gaps in its military capabilities, despite help from the United States and Britain, unlike Germany. For the German ally, the supply of weapons to conflict zones intensifies itself.