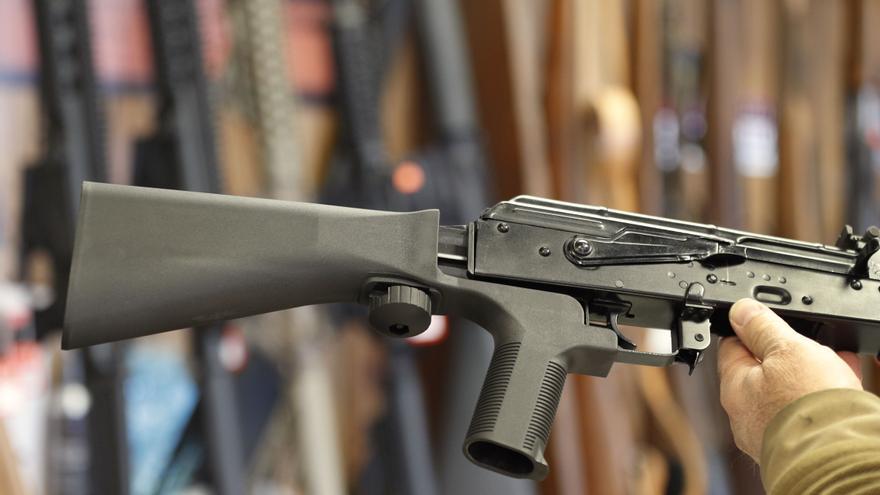 
An American who allegedly led a battalion of women of Islamic State in Syria has been indicted for providing material support to a foreign terrorist groupthe US Department of Justice announced on Saturday.

The woman, identified as Allison Fluke-Ekren, who had resided in the state of Kansas, was named in a criminal complaint filed in 2019 in federal court in Virginia, according to the government statement. The complaint stated that he had planned a attack on a university campus of the United States and that he had spoken of organize a car bomb attack in a country mall. Fluke-Ekren, 42, who has used at least five aliases, was detained in Syria but her custody was transferred to the FBI on Friday. He is scheduled to appear in US District Court for the Eastern District of Virginia, in the suburb of Alexandria, Washington, on Monday at 2:00 p.m. local time (7:00 p.m. GMT), according to the statement.

Fluke-Ekren traveled to Syria “several years ago for the purpose of committing or supporting terrorism,” the government statement said, adding that “he had allegedly been involved in a series of terrorism-related activities on behalf of IS since at least 2014.”

Those activities would have included planning and recruiting of people for a possible attack on a university campus in the United States, the statement added without elaborating.

She also noted that she was the organizer and leader of an all-female Islamic State military battalion, where she trained women in the use of assault rifles. IF 47, grenades and suicide belts. Called Khatiba Nusaybah, its members were all married to male IS fighters.

The Justice Department contends that as the battalion leader, he groomed the women to defend themselves during the 2017 siege of Raqa, an Islamic State stronghold in Syria. His other work for the terror group, according to the Justice Department, included training children in the use of AK-47 rifles and suicide belts.

Several testimonies gave account, according to the statement, of his desire to attack an American mall parking a vehicle packed with explosives in an underground parking lot. If convicted of the charges, Fluke-Ekren faces a maximum penalty of 20 years in prison.

Women make up only about 10% of people accused by the United States of supporting the Islamic State group, according to a study by the George Washington University Program on Extremism. This is the first case involving someone accused of holding such an important position in IS.