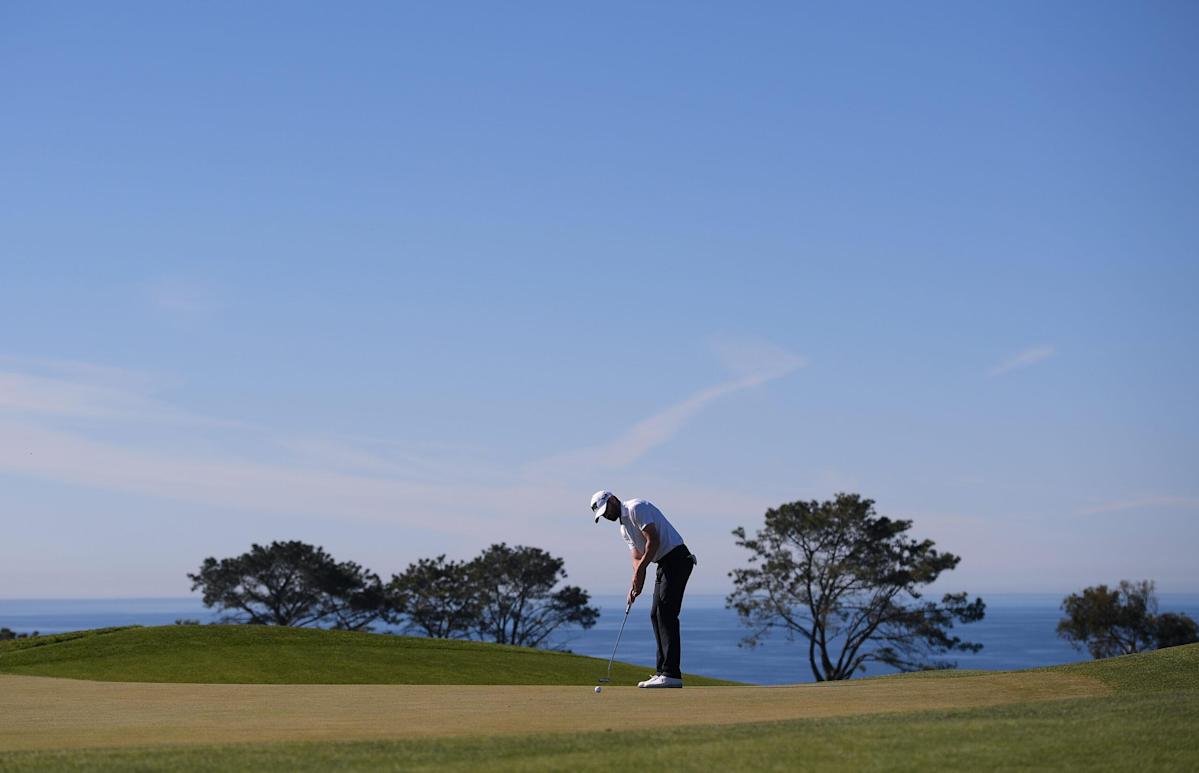 APGA Farmers at Torrey Pines expands to 36 holes; Sunday’s ‘historic’ final round will be live on Golf Channel for the first time


The Advocates Professional Golf Association APGA Farmers golf tournament is expanding in more ways than one.

The third version of this event goes from a one-day 18-hole tournament to a two-day 36-hole event. Additionally, Sunday’s final round will be broadcast live on the Golf Channel for the first time.

“The first of many, that’s my hope for these players who love this game, who breathe this game, who live this game,” said Damon Hack, who will serve as play-by-play announcer alongside analyst Notah Begay. Doug Smith and Jacques Slade will be the on-field reporters for live coverage from 5 to 7:30 pm ET. (streamed on the NBC Sports app).

Hack previously did play-by-play for the network during the Scottish Open when Terry Gannon was down and he’s excited to get back to his original love: calling sports.

“I did play-by-play in college. I love it. I love to call sports. Before I became a sportswriter, it’s actually what I wanted to do, grow up in Los Angeles listening to Vin Scully and Chick Hearn, two of the greats,” Hack said. “It is a great opportunity. I have great people around me with Notah, Doug and Jacques, it’s going to be quite a historic day and I’m looking forward to being a part of it.”

Golfers on the 16h hole during the first round of the Farmers Insurance Open on the North Course at Torrey Pines Golf Course on January 26, 2022 in La Jolla, California. (Photo: Donald Miralle/Getty Images)

The Torrey Pines event is the first of 11 tournaments on the APGA’s 2022 list. With the PGA Tour’s Farmers Insurance Open playing Wednesday through Saturday, the South Course opens for the final round of the APGA.

Landon Lyons is the defending champion, with 2020 champion Tim O’Neal also in the field.

“You have to take those first licks, feel the emotion, the emotions that maybe you haven’t felt very often, or maybe for the first time,” Hack said of the importance of the event. “I think these are important steps that hopefully they see as part of the journey to get to where they want to be.

“But it’s also about the companies and sponsors that will be watching and the people who love golf. You might hear someone’s story about, ‘Oh wow, that guy was sleeping in his car.’ Or, ‘that boy learned the game when he was 13 years old and this person has been chasing the dream for 20 years’. That is also part of it.

“It’s experience on the ropes and his support off the ropes.”