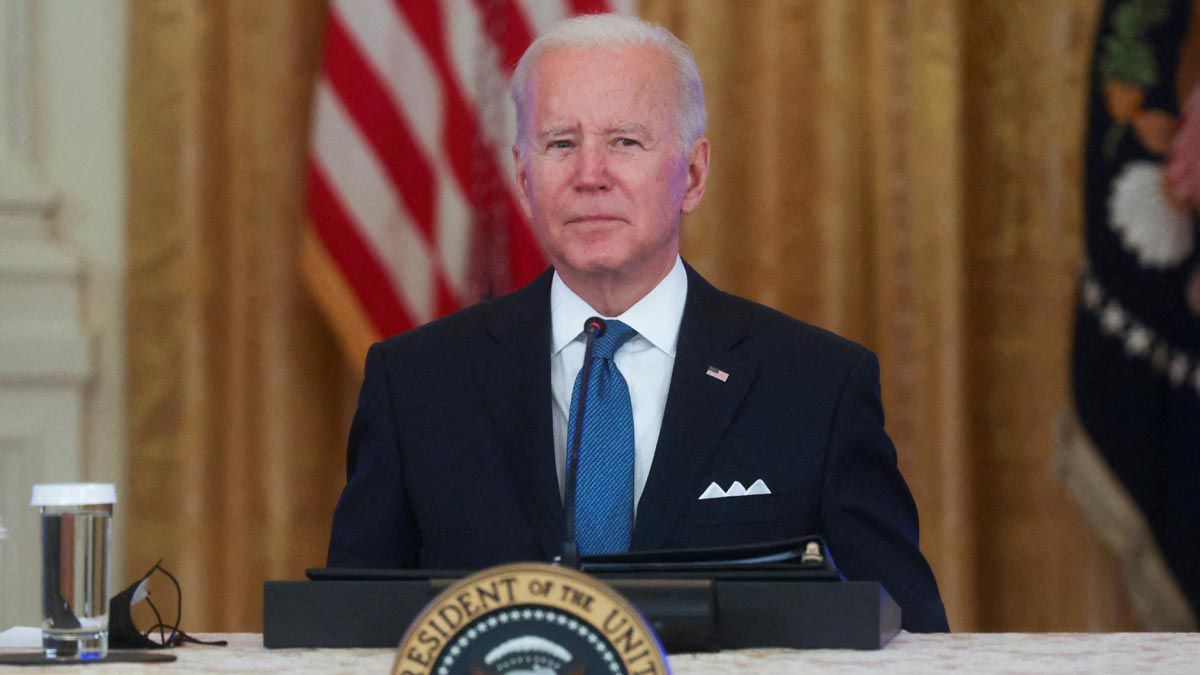 
The US President Joe Biden, has gone to Qatar and other of his allies in Middle East, Asia and North Africa to help the European Union (EU) to increase their natural gas reservesl Faced with the possibility that Russia will cut off the energy supply due to the crisis in Ukraine. Biden will receive the Qatari emir, Tamim bin Hamad al Zani, at the White House on Monday, with whom he will talk about how to guarantee the stability of global energy supplies, the White House reported this week.

The meeting is not casual and comes after the president of the European Commission, Ursula von der Leyen, and el president of the european council, Charles Michel, will talk this week with the Qatari emir to express their desire to strengthen the energy alliance with that country, which they consider a “reliable partner”. Currently, Qatar is the fourth largest supplier of natural gas in the EU with 5.2% of all purchases of this resource, below Algeria (8 %), Norway (16%) and a long way from Russia (41%), on whom the community block also depends for the supply of crude oil, according to Eurostat data from 2019.

Russian natural gas is essential for heating a large part of European homes in winter, as well as for electricity generation and industrial production. Several European countries, and especially Germany, fear that a conflict in Ukraine stop gas flow that passes through that country and, furthermore, they believe that Russia could cut off other supply routes to Europe in the event that Washington and its allies impose sanctions.

A similar scenario occurred in 2006 and 2009 with the so-called “gas wars” in which disagreements between Russia and Ukraine – then the main route for Russian gas – caused supply cuts in part of Europe. These constant disagreements with Kiev made Moscow decide build the Nord Stream 2 pipeline with the aim of avoiding Ukraine and transporting Russian gas directly to Germany through the bottom of the Baltic Sea.

Although the construction of the Nord Stream 2 has finished, its future is uncertain because the certification process for it to start working is currently suspended and, in addition, a Russian aggression in Ukraine could provoke some kind of retaliation against the project, as Washington, the EU and even Berlin have suggested.

Faced with this situation, the Biden government revealed this week that it is talking with the world’s major gas producers, including Qatar, to increase their exports of liquefied natural gas (LNG) to Europe, which is cold-processed in order to be transported in liquid form in tanks, instead of pipelines. The American Administration has not identified the countries with which it is negotiating and has only said that they are located in the Middle East, Asia and North Africa.

However, the list probably includes Saudi Arabia for its large reserves of natural gas, Norway because it already administers a large amount of gas to the EU, and Australia, which has already offered to supply its European allies if Moscow turns off the tap. Other possible options would be Libya because of its proximity to Europe, and Azerbaijan, which last October already showed its willingness to increase the supply of gas to southern and eastern Europe through a gas pipeline called Corredor Sur de Gas, inaugurated in December 2020. U.S, already the largest supplier of LNG to the European Union, has also made it clear that it is willing to speed up its exports.

For Biden, the key is that all possible alternative sources to Russian gas are prepared to supply the community bloc in a matter of “days” or in “a week or two” if Moscow cuts off the flow of power, US officials told reporters this week. In this case, speed would be essential because the Bookings of gas from the EU countries, when the northern hemisphere is in the middle of winter, are especially low at a level of 40%, compared to 53% just a year ago.

Washington hopes that the mere threat of diversifying sources of supply to Europe will serve to scare moscow because much of its economy depends on income from the sale of gas and crude oil. In the background of all this geopolitical fight are the gas markets, which have experienced a significant price hike in recent months, which has affected the cost of energy for European consumers. Between 2019 and September 2021 alone, the wholesale gas price increased by 429% in Europe, while the retail price grew by 14%, according to data from the European Commission.