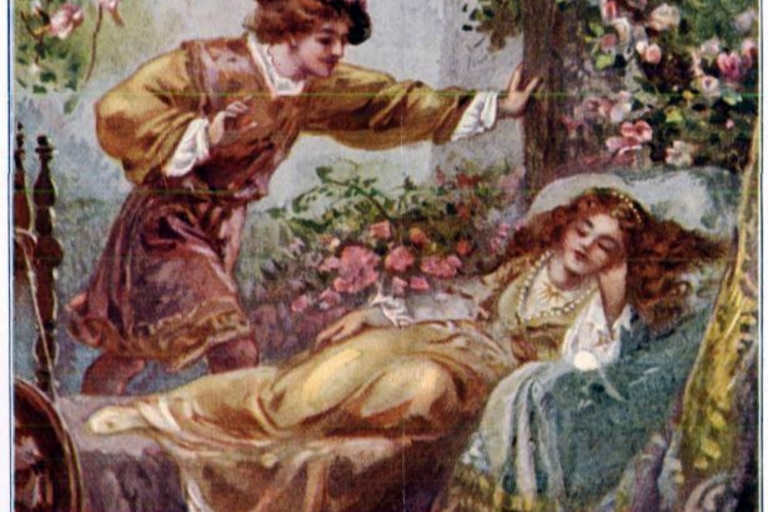 Cannibalism and perversion: the terrifying story behind Sleeping Beauty


Sleeping Beauty, the film released worldwide on January 29, 1959, was one of the first big hits Walt Disney Pictures produced. The animated feature film won the hearts of millions of children who, for many years, found their favorite princess in Aurora. However, the true story of this young woman hides a dark side that, for more than one in love with the magic of cinema, will be terrifying.

Many will have in their imagination Aurora’s moving story, the young woman who, when she turned 16, was cursed by the fairy Maleficent. When pricked with the spindle of a spinning wheel, The princess fell into a deep sleep from which she would only wake up with the kiss of her true love. According to the prophecy, he would sleep for 100 years.

Like other recognized stories that succeeded thanks to the versions produced by Disney, this story had a very distant origin to the one we knew for more than 60 years. In principle, the traditional version tells that the creators of the film were based on the text of the German brothers, Jacob and Wilhelm Grimm, which was published in his book Tales of childhood and home, in 1812.

Beyond the storytelling that inspired Disney, the original story of Sleeping Beauty emerged 200 years earlier and that first story was the one that inspired the Grimm brothers. In 1634, the Italian writer Giambattista Basile published his work Pentameron, where he included dozens of fairy tales. Among its pages spread the fable called Sun, Moon and Talia and of that work, the story of Aurora was born.

In addition to creating a text of love, magic and romance, Basile imbued his writing with deep twists of terror and perversity. Despite the great similarities, the darkness that is read in the original book is far from the moving story of Disney. In his manuscript, the Italian covered topics such as revenge, sexual abuse and even cannibalism.

In the remote seventeenth-century text the protagonist, Talía, is a princess who, according to the prophecy, would be in constant danger of being pricked by a poisonous splinter that lay hidden in linen fabrics. For this reason her father, the king, prohibited the material throughout the palace to prevent his daughter from suffering the tragic fate. Like Aurora, Talía survived for many years until reaching adolescence. turned 16, The young woman stuck the material in her finger and fell into a deep sleep.

His father and the scholars of the castle believed that the prophecy had been fulfilled and that Talia had died.. Shattered by sadness, the king was unable to bury his daughter’s body and decided to wrap it in velvet and lock it in a secluded room in the castle.

Up to this point, an introduction similar to the Disney version. But, unlike what was portrayed in the film, who came to his rescue He wasn’t a prince charming.

A nobleman from a neighboring kingdom was in the lands of Talía chasing his falcon that had escaped in the middle of the hunt. The bird reached the window of the room in which the princess lay asleep. Going up to the room, surprised by the beauty of the lady, the young man approached and noticed that he was unconscious.

“He thought she was sleeping and called her, but she remained unconscious. Crying out, he saw her charms, and saw how the blood rushed through her veins. He scooped her up in his arms and carried her to bed, where he reaped the first fruits of love. Leaving her in bed, he returned to his kingdom, where, due to his numerous occupations, did not remember that moment as more than a simple incident“, wrote Giambattista Basil. The literary text hides the horror that this man committed: he raped the princess while she was unconscious.

nine months laterstill not waking up Thalia gave birth to two sons who were raised by forest fairies, who helped them nurse from their enchanted mother. They stayed that way for a long time until, by mistake, one of the children sucked on his mother’s finger in an attempt to eat and removed the poisonous splinter.

Instead of being awakened by Prince Charming like Aurora, one of his sons was the one who broke Talia’s spell. Coming out of that state, the princess realized that she had given birth in her sleep and, with great love, named the little ones after Sun and moon. Months later, the nobleman who had abused her returned to the palace to find not only that the woman was awake, but that he was the father of two children.

“He rejoiced and told Talía who he was, and how he had seen her and entered that place. When she heard this, their friendship was woven with close ties, and he stayed with her for a few days”, continued the original account of 1634.

After living a beautiful week with Talía and her children, the nobleman had to return to his kingdom with his wife. Unable to get her out of his thoughts, One night, in full sleep, he mentioned the three names and his wife heard him.

The queen exploded with anger and devised a sinister plan to take revenge for her husband’s betrayal. He extorted the secretary of the royal palace who knew of the king’s affair with Thalia, and asked him to take the infidel and the children to the castle so he could meet them.

Upon arrival, however, the pretext for the friendly meeting was dropped. With a powerful thirst for revenge, the queen ordered the cook to kill Sol and Luna, and to prepare a stew with them to feed her husband. For Talía commanded a different destiny: the bonfire.

That same night, while her husband dined, she rejoiced at the revenge accomplished. Unable to contain her ecstasy over what she had done, she told her husband everything that had happened. Plunged into deep despair at the loss of his beloved Thalia and their children, the king ordered the immediate execution of his wife, the cook, and the secretary.

However, in an immediate defense, the cook assured him that Talía, Sol and Luna were alive. Touched by the tenderness of the children, the man could not sacrifice them and he hid them in his house where his wife took care of them. Instead of cooking them, he fed them and served the king a goat stew.

For his part, he also protected Talía’s safety and avoided her terrible end in the flames. After what happened, the king took the firm conviction to separate from his wife and punish her for the attempted murder against his beloved and her children. For this, he sentenced her to be sacrificed at the stake, a destiny that was finally fulfilled.

A) Yes, the noble knight decided to make Thalia his new queen. ”The king never tired of playing with the three of them, his wife and children, who made a mill wheel of kisses. (…) He gave generous rewards to the cook and made him chamberlain. He married Talía and she lived a long happy life with her husband and children”, concluded Giambattista Basile.

In the end, just like Aurora with Prince Phillip, Talia and her noble lord lived happily ever after. However, the path they had to go through to reach the end of their dreams was much darker in the original work of the story. The vestiges of the old Basile manuscript reflected in its epilogue the moral of the story, quite elaborate and perverse if one takes into account that the young woman was raped: “Those favored by fortune find good luck even in their dreams.”