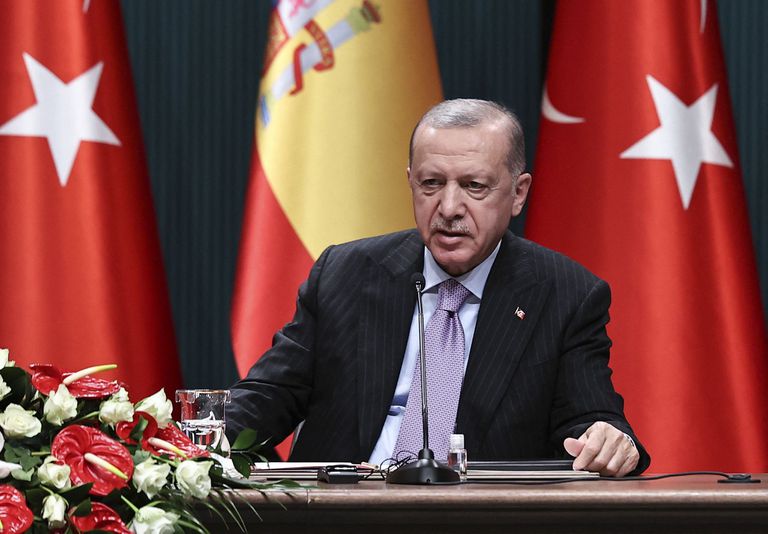 
ANKARA.- The President of Turkey, Recep Tayyip Erdogan, fired the government’s chief statistician after he released inflation figures, at the highest level in 19 years. The information would have generated nuisance in power and opposition.

Erdogan, through a decree published this Saturday, Sait Erdal Dincer was dismissed from his position, head of the state statistics agency. The senior official had reported consumer price data for January, which placed year-on-year inflation at 36.1%.

“I have a responsibility to 84 million people,” he said. Sait Erdal Dincer to the economic daily Dunya, and explained that it was impossible for the agency to publish different numbers, since they themselves had verified them. On the other hand the opposition argued that the rate was below the actual increase in the cost of living, even daring to affirm that it would be at least double.

In Dincer’s place, President Erdogan appointed Erhan Cetinkaya, who had previously worked for his administration as deputy chairman of Turkey’s banking regulator. I also take advantage of making other changes; the Turkish president appointed his former deputy prime minister Bekir Bozdag as justice minister to replace the veteran Abdulhamit Gul. The decision to make these changes was not justified by the Turkish president, and raised several questions in the Turkish political world.

“The Minister of Justice is changing, the head of TUIK (Turkish statistics agency) is being fired before the inflation rates are announced, no one knows why. The authoritarian alliance continues to wreak havoc on the country from the shadows.”, noted on Twitter former Deputy Prime Minister Ali Babacan, who left the Justice and Development Party (AKP), to which Erdogan belongs, to found the Democracy and Progress Party (DEVA).

The effects of the decision

There are experts who believe that Erdogan’s decision could undermine confidence, both of citizens and foreign powers in their economic policy. “This decision will only increase the lack of confidence in official data, in a context in which economic policy is already a source of concern,” said analyst Timothy Ash of Blue Bay Asset.

Consumer prices are seven times higher than the target initially set by the Erdogan government. This could be explained by the almost 45% drop in the value of the Turkish pound against the dollar, despite all the emergency measures announced by the government to stop the devaluation. High rates of inflation, the most serious in almost two decades, have also had an effect on popularity of Erdogan, who had already promised in January to “reduce inflation to single digits as quickly as possible”.