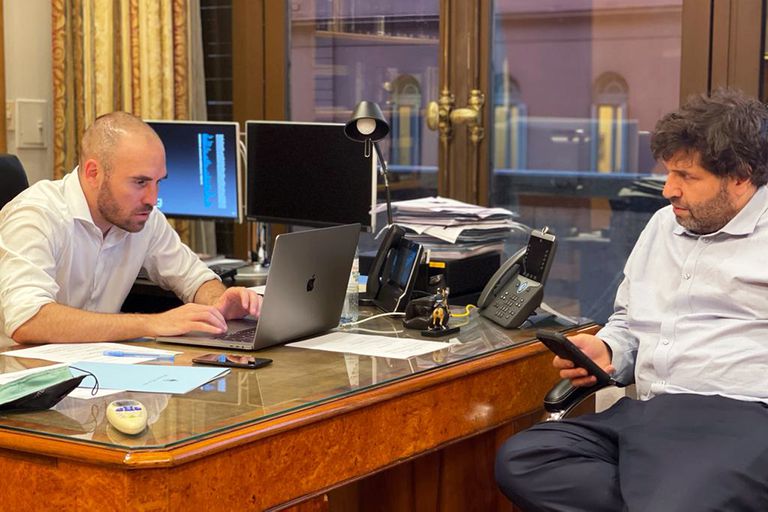 For the Argentine representative before the IMF, the agreement “implies a strengthening of reserves” The director for the Southern Cone before the International Monetary Fund (IMF), Sergio Chodos, gave a radio interview this Saturday in which he provided details of the understanding reached by the Alberto Fernández administration with the credit institution, and stressed that it serves to “strengthen the reserves” of Argentina.

In an interview with AM 750, the representative Argentina recognized that “having the Fund every three months in the country is a large part of the tragedy for having taken on the debt”, in allusion to the quarterly reviews that the agency carries out to verify compliance with the goals stipulated in the framework of the debt renegotiation.

“Nobody likes this. The question is how one faces the problem and how to arm oneself”, detailed Chodos and added: “The main problem of the balance of payment is the debt with the Fund. It is not a question of bending the IMF’s arm or not, but of maintaining the capacities for growth and what we have avoided is an adjustment program”.

Chodos also stressed that the agreement with the IMF does not include an adjustment program. “The agreement does not include a labor or pension reform. This will allow us to continue growing,” the official analyzed and added: “Not paying would put us in a very damaging situation of uncertainty and would generate anguish and economic loss.”

“Teaching of the failed program of 2018 is a recognition that inflation is multicausal and the importance of price agreements. The final agreement will end with a scheme of inflation ranges”, said Chodos.

The man who was at the small table of the Minister of Economy, Martín Guzmán, until the agreement was reached, explained: “Have an agreement that is understood, that the goals are attainable and that the implemented policies have to do with increasing competitiveness and the development capacity of Argentina is important, because they stop you in a different place in front of these quarterly reviews”, he explained.

On the operation of the agreement, he explained: “Each mission carried out by the IMF verifies that the understanding is being fulfilled and, after each one, the disbursement of the agreed amount is generated.. There are quarterly visits as in any country in the world. First, the fulfillment of the review of the goal, that goes to the Board of Directors, then the Board considers it fulfilled, then it is disbursed and so on. The two-and-a-half year period is for IMF disbursements and reviews. But the term to pay these disbursements is between 4 and a half years and ten years of repayment, in twelve equal amortization installments”.

Chodos closed: “It is one of the points where this achievement begins to take on greater dimension, because you know what you can accomplish instead of signing anything in five minutes”.