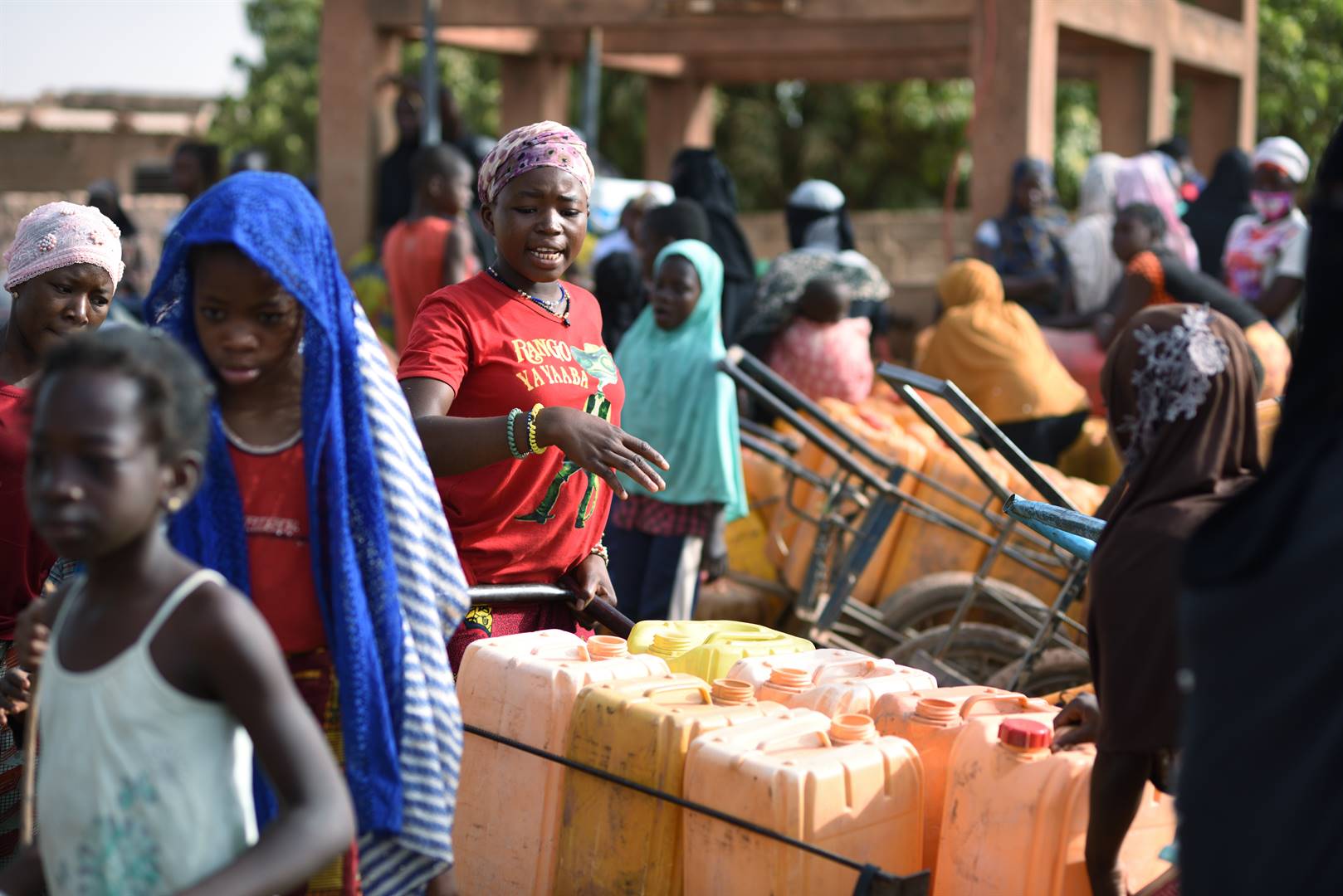 
In Burkina Faso, hundreds of workers are saying goodbye to an ousted president, saying let them starve and hoping for a better future under the soldiers who ousted him.

Niamba Azara, a road sweeper, was one of many people outside the labor exchange in the capital, Ouagadougou, who said on Thursday that she had not received wages for a year.

“We have become beggars,” he said.

The blow is “good news for us. The country is bad.”

Others around him also rejoiced that a military junta seized power from former leader Roch Marc Christian Kabore this week.

“The former president did not want the workers to eat,” said Assami Ouedraogo, a gardener in the capital.

“We’re happy they kicked him out.”

Burkina Faso has been mired in a security crisis since 2015, with almost daily jihadist attacks in much of its territory.

Many in the West African country in recent years have grown increasingly frustrated with the former president’s inability to quell the insurgency.

But social grievances also fueled unrest that culminated Monday in the ouster of Kabore, a banker elected in 2015.

On the labor exchange, the workers said that they had not received any payment since February 2021 from the mayor of Ouagadougou, Armand Beouinde, known to be close to the ousted head of state.

However, a source in the mayor’s office said the plaintiffs were day laborers who were never hired on permanent contracts and had to be replaced after an indefinite strike.

Ismael Ouedraogo, a septuagenarian, was sighing after 16 years collecting garbage in Ouagadougou.

“They treated us like slaves, prisoners who work without pay,” he said.

«I have never been declared, I never had a pension or vacation, and now I don’t even have a salary. Our pension is death.

“What do they want? That we become bandits? Jihadists?

Forty percent of the Burkinabe population lives below the poverty line, according to the World Bank.

Union officials say the monthly minimum wage has been stuck at the equivalent of $50 since 2008.

The protest “the actions of these workers fueled frustration and anger among the people of Ouagadougou,” said a union representative, Banogo Noufe.

“With the coup, the soldiers completed the job.”

Abdoulaye Tao, editorial director of the weekly Economiste du Faso, says there is a gap between the grassroots and the highest levels of society, “which they have not been able to respond to adequately.”

“The lavish ways of public officials, the reports of bribes that lead to nothing… the population has not seen that the authorities make any effort,” he said.

But there was also much that detracted from the improving economy, he said, from a popular uprising that ousted leader Blaise Compaore in 2014 and elections the following year, to the 2015 jihadist attacks and then the coronavirus pandemic.

The Covid-19 crisis has caused price increases for certain products in the landlocked nation, which relies heavily on international trade.

Although welcomed by many, the coming to power of the junta headed by Paul-Henri Sandaogo Damiba could deal a new blow to any attempt to lift Burkinabe out of poverty.

The Economic Community of West African States suspended Burkina Faso’s membership on Friday, though it said it would not impose other sanctions, such as border closures, for the time being.

That would be a disaster, Tao warned.

“It would be very difficult to bear.”

Never miss a story. Choose from our range of newsletters to get the news you want straight to your inbox.