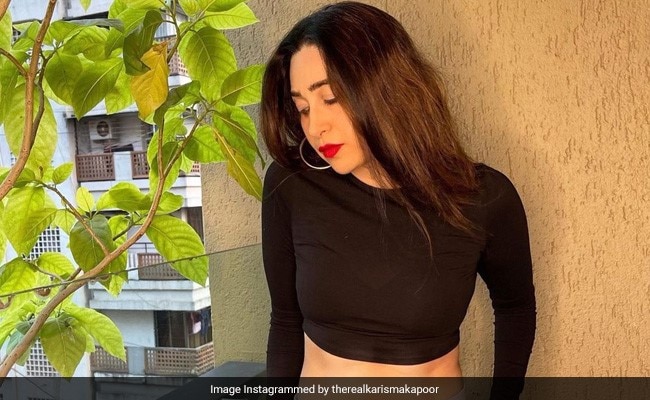 Karisma Kapoor shows off her abs, Malaika Arora’s reaction is from all of us

Karisma Kapoor dives into the weekend with quite a buzz around her. Because? Her latest Instagram post shows Karisma dressed in pants and a crop top for the weekend. She has also smeared her lips with a bright red color and adorned herself with golden earrings. That’s the weekend vibe we’re looking for, right? But that is not all. Malaika Arora, who is a fitness enthusiast herself, noticed something much more important. He commented on Karisma’s post, “Abs” with a fire emoji. Karisma’s toned abs are definitely worth praising. Malaika’s sister Amrita Arora also commented, “I see abs” and also dropped a heart-eyes emoji.

If that kind of fitness and beauty motivation wasn’t enough, here’s Karisma Kapoor with one of her “Saturday quotes.” She captioned the photo, “Grow through what you go through.” Now, that’s a good amount of inspiration for the weekend, isn’t it?

Karisma Kapoor is a strong advocate for personal care. She also promotes it through her Instagram posts. How? The actress only has to pose with one of her cool t-shirts. Yes. In one post, Karisma is seen wearing a white t-shirt that reads “personal care club. Eat, hydrate, exercise, sleep.” She captioned the image, “Who joins my Self Care Club?”

Karisma Kapoor often brightens our days with her social media posts. One Sunday, he set the mood for a brighter day with his smile. Karisma has posted a selfie where she smiles into the lens while closing her eyes. The sun is giving it a shine. Karisma captioned the image, “That kind of Sunday,” with a sun, bee, and heart emoji.

Karisma Kapoor’s posts give us happy vibes not only on weekends but also on weekdays. The actress wins our hearts with her motivational phrases and her absolute beauty through her social media presence. She once posted a selfie and captioned it, “Shine and show yourself.” In the hashtags, Karisma added “Wisdom Wednesday” and “Keep going.”

On the work front, Karisma Kapoor was last seen in the 2020 web series mentality.