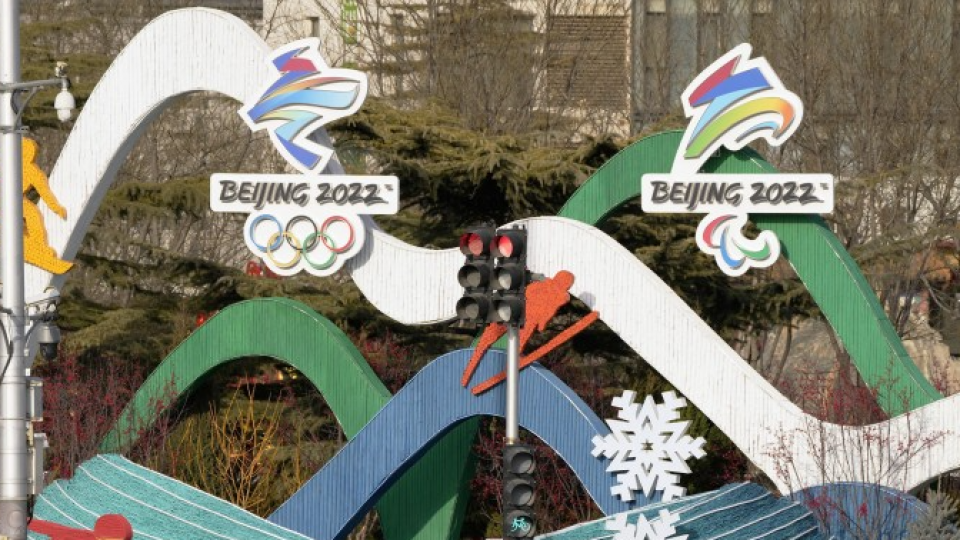 Decorations promoting the Beijing Winter Olympic and Paralympic Games are seen in the Chinese capital on January 28, 2022, a week before the opening ceremony of the games. (kyodo) == kyodo

The following is the most recent list of news summaries curated by Kyodo News.

WASHINGTON – China’s ambassador to Washington, Qin Gang, has warned of a “military conflict” if the United States continues to take steps that Beijing perceives as encouraging Taiwan independence, in an interview with US media released Friday.

“If the Taiwanese authorities, emboldened by the United States, continue down the path of independence, China and the United States, the two big countries, will most likely be involved in a military conflict,” Qin told National Public Radio. referring to the autonomous democratic island that China regards as its own.

US, EU leaders commit to energy security amid Ukraine tension

“The United States and the EU are working together to achieve a continuous, sufficient and timely supply of natural gas to the EU from various sources around the world to avoid supply crises, including those that could result from a new Russian invasion of Ukraine. » said US President Joe Biden and his EU counterpart Ursula von der Leyen said in a statement.

Bachelet received Beijing’s approval to visit the region with the understanding that it would be a “friendly” trip rather than an investigation into alleged human rights abuses against Muslim Uyghurs, according to The South China Morning Post.

A JFTC report on IPO pricing said public offering procedures should include a scheme to allow the lead underwriter to be changed as needed, finding that around 90 per cent of newly listed companies say that the top underwriters played a key role in deciding their IPO prices.

The antitrust watchdog also said it could be a violation of the law for a brokerage firm to prevent other securities firms from taking on the role of lead underwriter.

Japan to relocate some Ukrainian embassy staff amid tensions

TOKYO – Japan plans to withdraw some of its embassy staff from Ukraine amid the Eastern European country’s rising tensions with Russia, a senior foreign ministry official said on Friday.

The embassy has about 20 staff members and the ministry will keep only those necessary to help Japanese citizens living in Ukraine, the official said. Family members of embassy staff have already started to leave.

Japan to seek listing of Sado mine site as world heritage

TOKYO – Japan will recommend a gold and silver mine on Sado Island for the 2023 UNESCO World Heritage list, Prime Minister Fumio Kishida said on Friday, drawing an immediate reaction from South Korea, which urged Tokyo to stop trying to include the site linked to what seoul sees. as Korean forced laborers during World War II.

The decision, a reversal of the Japanese government’s initial plan to forego making a recommendation this year, comes amid mounting pressure from former Prime Minister Shinzo Abe, who heads the largest faction of the Liberal Democratic Party, and other lawmakers from the ruling party who wanted the government to go ahead.

TOKYO – Japan will further shorten the quarantine period to seven days from the current 10 for people who have been in close contact with someone infected with the novel coronavirus, Prime Minister Fumio Kishida said on Friday.

The new policy was announced as the highly transmissible Omicron variant of the virus continues to spread rapidly, making it increasingly difficult to maintain social and economic activities.

HONG KONG – Hong Kong’s economy grew 6.4 percent in 2021, marking its first positive growth after two consecutive years of recession due to the coronavirus pandemic in 2020 and anti-government protests in 2019, government figures showed on Friday. .

The economy is recovering from a record 6.5 percent contraction in 2020 amid the pandemic, according to preliminary data released by the city government.