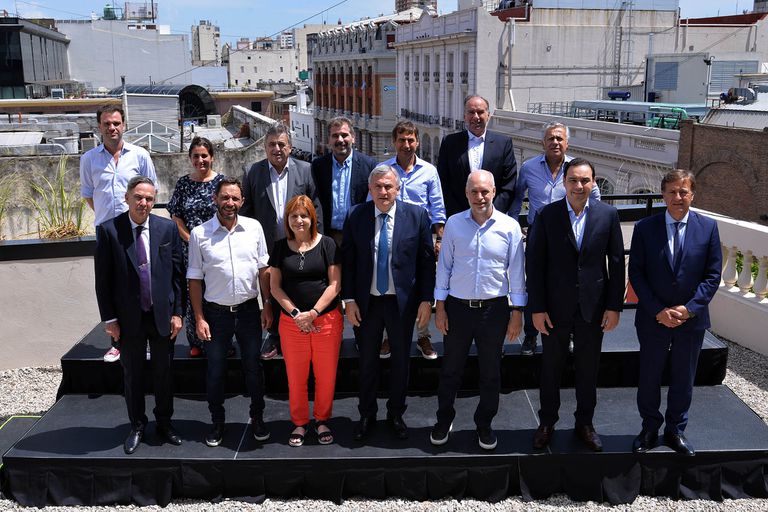 March against the Court. Together for Change once again rejected the Government’s support for the 1F: “It is a coup attitude”


Together for Change issued this morning a statement in which he rejected the march of the February 1 (#1F) against Supreme Court, in which they will participate government representatives. In the text, the block described the mobilization as “a coup attitude” and affirmed that the interest of the ruling party “was always focused on the judges or courts in which the cases of corruption that mainly affect the Vice President of the Republic are processed,” Cristina Kirchner.

Likewise, Together for Change showed its rejection of the march that will take place next Tuesday against the Supreme Court and declared that the mobilization it is of “high institutional gravity and another step in the systematic policy assumed by the ruling party of attacking judges who do not behave according to their wishes.”

“It is plain and simple a coup attitude, as it would be to seek the resignation of the President or a member of Congress outside the mechanisms established by the Constitution, ”says the text.

In turn, from the opposition they were critical of the management of President Alberto Fernández: “None of the policies proposed by the Government in judicial matters took into account the most neglected sectors of society who have difficulties in accessing the Justice service”. And they objected to the non-continuity of measures launched in the past to make the processes more efficient: “They were not interested in continuing with successful experiences that considerably reduced the duration of the processes.”

“An absurd and unconstitutional attempt was made to increase the number of federal criminal courts in the Capital, a Consultative Council was appointed to analyze, among other things, changes in the functioning of the Supreme Court and the number of its members, an attempt was made to modify the organic law of the Public Prosecutor’s Office to designate a related Attorney General and to intimidate the prosecutors with the risk of removal”, adds the text, where the determination of the space to avoid the advance of the ruling party is highlighted when describing “the firm attitude that the blocks of Together for Change have had”, which “have prevented these initiatives from prospering until now”.

In reference to the sayings about the alleged “judicial persecution” against members of the Government, Together for Change pointed out that with this “they have tried to justify the causes of corruption, ignoring the truth or falsity of the facts or the guilt or innocence of their authors, attributing them to a non-existent and crude lawfare”.

In turn, the opposition alliance made reference to the conviction of Milagros Sala and the visit made by the Minister of the Interior, Eduardo “Wado” de Pedro, and the Minister of Women, Gender and Diversity, Elizabeth Gómez Alcorta: “It is inadmissible that several ministers of the Executive Branch have visited a woman convicted of corruption, claiming her freedom as if she were a ‘political prisoner’, when she is being tried in several cases, and has already received a firm sentence in some of them”.

On the other hand, they noted:The political parties that make up Together for Change ratify their absolute commitment to the defense of the Constitution and the independence of Justice, and they will not tolerate further undermining of the credibility of judges.”

The message ended with a direct request to the ruling party: “The parties that make up Together for Change exhort the National Government to follow the paths established by the Constitution, respect judicial decisions whatever they may be and end the permanent attacks against the Supreme Court of Justice, its members and the lower courts”.