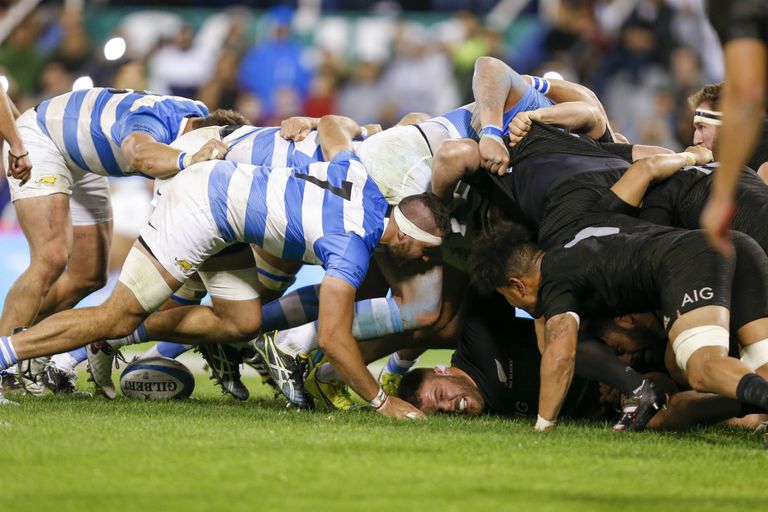 More changes in the scrum: a trial that seeks to reduce neck injuries in hookers


A few years ago, that hooker from the Cougars to form the scrum with one foot in front of the other would have been considered an affront to Argentine rugby history. Today not only has this been standardized for a long time, but it is close to becoming a regulatory provision to prosper the test that World Rugby will do in the next Six Nations Tournament.

During the tournament that begins next Saturday, World Rugby will test a regulatory change in the scrum that pursues the objective of improve player safety, especially the neck of the hookers. It consists in that these players, who form between the two props in the front row of this formation, are required to have one foot in front of the other (and not parallel) during the first two of the three phases of the scrum.

According to a newspaper report The Times, from England, at every scrum the call “carga axial” causes a pressure of 100kg on the neck and spine of hookers, which has led to degenerative neck injuries and paralysis.

The official announcement from World Rugby

“We want rugby to be the best it can be for those who play and watch it.; This test will allow us to understand if we can positively impact both the game and well-being during the three Six Nations tournaments,” he said. Alan Gilpin, CEO of World Rugby. “This is based on voluntary adoption by teams and increased vigilance of referees in recent elite competitions; We look forward to seeing the results.”

The specific objective of this test measure is avoid “axial loading”, a practice that has been banned since 2019 but which the dynamic nature of the elite scrum has made common practice. It is when the front row players, mainly the hookers, they lean their heads on the shoulders of the rivals between the calls “bind” (take) and “set” (already) of the referee, exerting pressure through the neck.

Having one foot in front of the other, called “brake foot”, instead of having them in parallel, it is estimated It will give more stability to the formation before the lunge and will prevent “axial loading” from occurring. The doubt, which will surely be elucidated in the coaching that the players receive in the previous training sessions and when it is put into practice, goes through when the “bind” ends and the “set” begins, when the hookers will be able to put their feet in parallel. A very thin line.

The Six Nations statement on the changes in the scrum

The punishment for not complying with this provision, which will be in force during the Men’s, M20 and Women’s Six Nations, it will be a free-kick for the rival team. “World Rugby is committed to advancing well-being at all levels of the game and previous evidence-based adjustments to the scrum laws had a positive impact, in particular the “crouch, bind, set” entry sequence, ( squat, take, ya) that drove a 25% reduction in forces in the engagement and a reduction in overall injuries”, expressed the mother entity through a statement.

Historically, the Pumas hooker lined up with feet parallel, which allows a much stronger propulsion platform at the time of impact than if you did it on one foot. However, while driving Santiago Phelan, with Mauro Regiardo as scrum taker, they began to form with one foot in front of the other for more stability in the first phase of the scrum, placing them parallel prior to the lunge. The technique has changed several times since then, also in correlation with the various regulatory changes that have taken place.