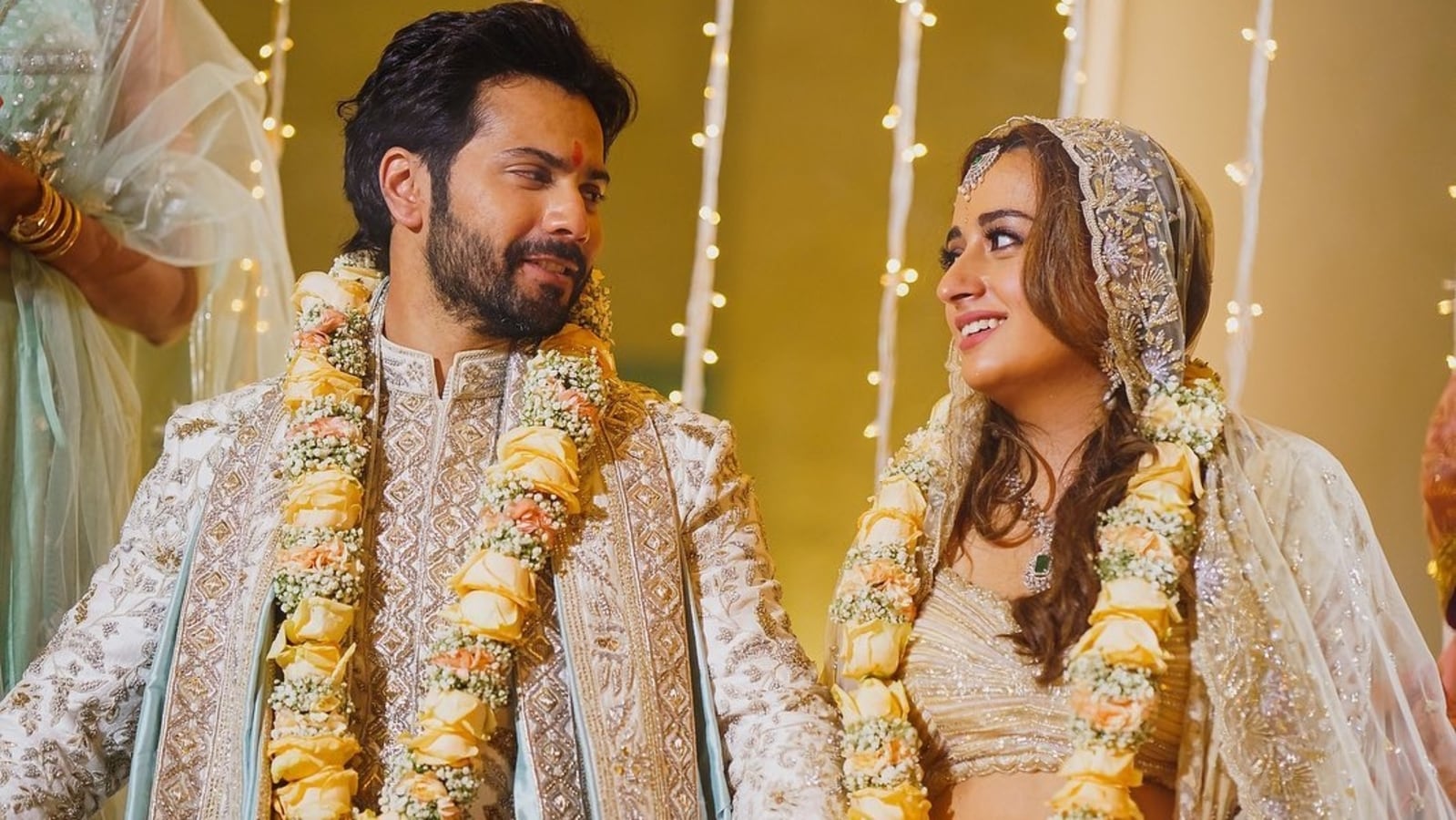 Natasha Dalal says ‘I’d like to keep myself as busy as Varun Dhawan’, praises him for his support


Fashion designer Natasha Dalal has spoken out about her bond with her husband, actor Varun Dhawan. In an interview with HT Cafe, Natasha also talked about the importance of having a sense of individuality and how she would like to stay “as busy as Varun”.

Natasha said: “That (making a name for her) is something I always wanted to do. Having your own individuality is important. It keeps you grounded and focused. I would like to keep as busy as Varun.

Speaking about being constantly under the media gaze, he said: “I will never get used to being in the public eye. But it doesn’t bother me. In fact, I’ve realized that (being in the public eye) is something that can be used in a good way.” Natasha appeared on the web show Say Yes To The Dress India while her designer clothes were showcased in one of the segments.

Speaking about her relationship with Varun, she said: “He is amazing and supports me in everything I do. That’s great”. He also said, “Every time I meet a girlfriend in my studio, it reminds me of my own experience. By getting married and having to make your own outfit, you become more insightful about everything, because you realize a lot of things you didn’t know.” I don’t know before. You feel a connection with the girlfriend.” The couple celebrated their first marriage anniversary on January 24.

On Monday, Varun shared several unpublished photos from their wedding on Instagram. Sharing the photos, she had captioned her post, “1. To infinity and beyond: Buzz Lightyear. In another post from her haldi ceremony, she shared photos and wrote, “1 along with the red heart emoji.”

Varun and Natasha’s wedding was a private event that took place in Alibaug in the presence of family and friends. Speaking about the low-key celebrations, Varun told the Hindustan Times in an interview: “We had to be responsible during this period and follow the rules. I’m someone who didn’t want to do something big, you have to respect whatever was put in place. I had older people in my family coming over and I wanted everyone to be safe so he was low key. That’s the kind of person I am, when it comes to my personal life. I prefer to keep it low key, and also because Natasha is not from this line of movies anyway. The whole show-sha is too much, and this was not the time for that.”

Varun Dhawan will next be seen in Bhediya, which also features Kriti Sanon. It also has Jug Jugg Jeeyo in the works, starring Kiara Advani, Anil Kapoor and Neetu Kapoor.