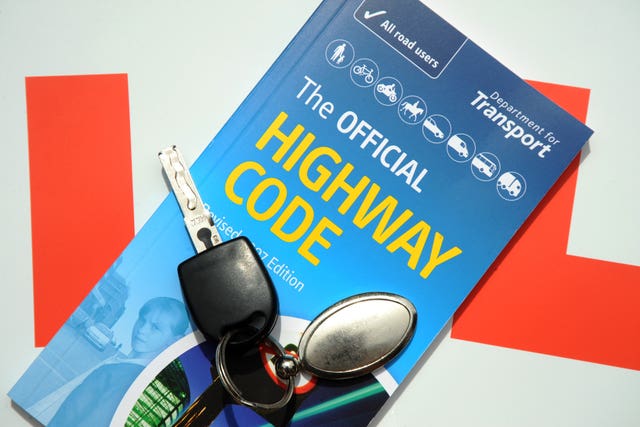 A number of changes to the Highway Code are being introduced today which affect road users across the UK.

The highway codewhich contains advice and rules for people on Britain’s roads, will be amended this weekend to introduce a risk-based hierarchy of road users.

However, it is not a static document and is occasionally updated based on new learning. For 2022, a number of updates have been introduced, much of it focused on priorities for everyone from pedestrians to heavy goods vehicles.

The ‘signals and position’ section has been the subject of a january update – which means that drivers must give priority to pedestrians and cyclists.

The highway code update focuses on driving laws under Rule 186 and 187, explaining how drivers must now take special care when approaching a roundabout.

The highway code says: “You must give priority to cyclists at the roundabout.

“They will travel more slowly than motorized traffic.

“Give them plenty of room and don’t try to overtake them within their lane. Allow them to cross your path as they travel around the roundabout.

“Cyclists, equestrians and horse-drawn vehicles may stay in the left lane when they intend to cross or go around the roundabout and should signal to the right to show you that they are not leaving the roundabout.”

Drivers are also advised to take special care when entering a roundabout and to avoid passing certain road users. Among those listed in highway code there are bicyclists, equestrians, or horse-drawn vehicles in the left lane.

Rule 187 currently says: “Give enough room to: cyclists and equestrians who can stay in the left lane and signal to the right if they intend to continue around the roundabout.

New rules of the Highway Code – ‘Hierarchy’ of road users

The main approach has been to create a ‘hierarchy’ of road users, giving priority to those who are most vulnerable. It means that those who can cause the most harm to others have a higher level of responsibility to reduce the danger.

As an example of this, it is the responsibility of a car driver to be aware of bicyclists.

New rules of the Highway Code: allow pedestrians to cross the street

One rule change that has a good chance of creating some confusion, especially if not everyone knows about it, is a new rule surrounding crossing priorities for pedestrians.

Now when a car is turning into a street or exiting a street, it must stop to let pedestrians cross.

The highway code now includes a recommendation that you must open the door of a parked car using the ‘Dutch Reach’ method.

This involves using the hand opposite the one closest to the door, because it means you cross your body and turn out. This means that you naturally control what is coming and reduces the risk of opening the door for a bicyclist.