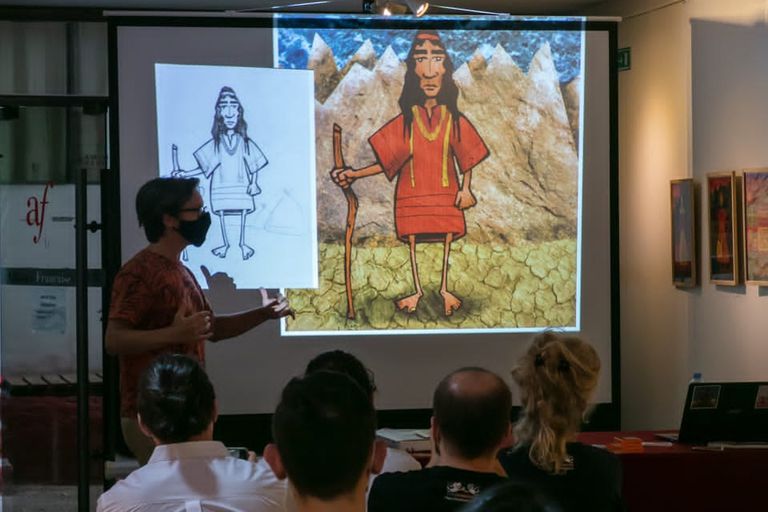 
Mendoza also said present to the Night of Ideas with a program that aroused great interest from the local public, who accessed the activities carried out at the Alliance Française headquarters free of charge and under sanitary protocols. Beyond the interesting and diverse presentations on the original cultures of Latin America, the eyes were set on the playful.

In this sense, the activity developed by Gustavo Esteban, from Mendoza, filmmaker, TV and new technologies, and the French child educator Aurélie Bonaventure. Both, in a surprising workshop, put on the table various technological proposals in 3D printing, robotics, augmented reality, holographic videos and cooperative games, which usually take different communities of indigenous peoples throughout the country, such as the Guarani in Misiones or the Qom in Chaco, as well as to schools, libraries, picnic areas and neighborhood clubs. “The participants have experienced surprising playful experiences, ceasing to be mere consumers of technology to become true creators and technological innovators,” said the organizers of the meeting.

Thus, the presentation of the process of creating the educational playful material was also highlighted, based on a pedagogical suitcase on the original cultures of South America, focused on the Huarpe and Inca cultures, led by specialists in archaeology, Luis Acuña, and in agroforestry and ethnobotany, Christophe Pognat. Both, as active members of the Argentine association of French origin TransHumantes, focus on socio-educational workshops and projects on heritage, cultural diversity and care for the environment in primary and secondary schools in South America.

There was also an interesting talk led by renowned designer Matías Daviron on the creative process and research of the Huarpe culture for the development of educational illustrations. In this case, the “Game of the 7 families”, an adaptation of the famous card entertainment to the Huarpe culture, a project of the TransHumantes agency, together with a team of archaeologists and sociologists from Mendoza. The exhibition of illustrations “Cultures originating in South America: Huarpes, Incas and Guaraníes” by Daviron together with Selva Felix and Bibiana Del Carmen was also inaugurated.

During the two days, an interesting dialogue was presented between Erik Marsh, Luis Acuña and Christophe Pognat on the original cultures of South America and ancient European cultures, focusing on comparative cosmology and the relevance of ancestral knowledge in the face of contemporary problems.