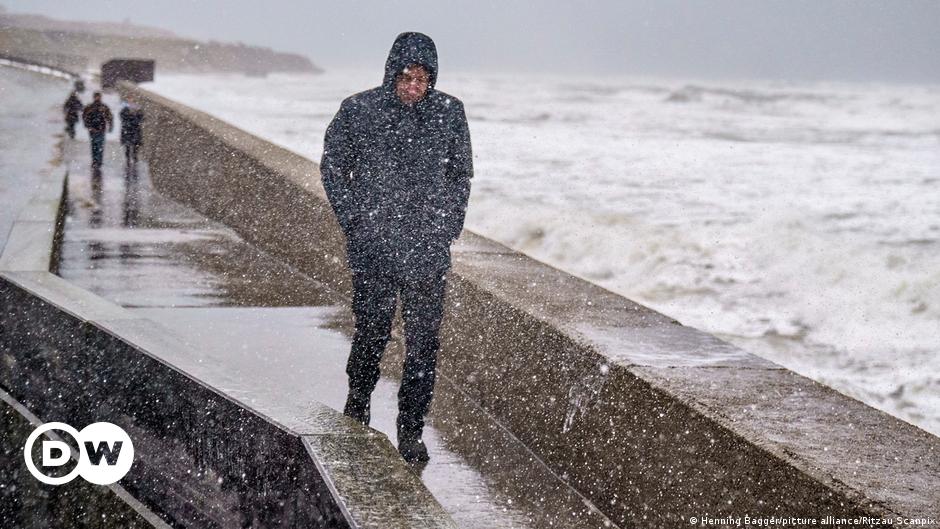 Germany and Denmark are bracing for an intense storm on Saturday that is expected to intensify overnight.

The German Weather Service (DWD) warned that hurricane-force winds could affect the German coast and the northeast of the country.

Winds are expected to intensify as the night progresses, reaching speeds of up to 110 kilometers (68 miles) per hour, officials said.

German authorities are also warning of a storm surge in the major city of Hamburg, where the Elbe River runs into the North Sea.

Flood warnings have also been issued for parts of the northern German states of Schleswig-Holstein and Mecklenburg-Western Pomerania.

The storm is expected to peak late Saturday and early Sunday, according to the DWD. Storm conditions are likely to weaken beginning Sunday morning.

How is Denmark responding ahead of the storm?

Preparations are also underway in Denmark in anticipation of the storm.

In the city of Frederikssund, around 20 people who needed daily care were moved to safer places as a precaution due to flooding.

The Danish Ritzau news agency reported that 10,000 rescuers are on standby across the country.

The storm is also hitting the east coast of Scotland with speeds of up to 140 kilometers per hour. Police said a woman in the Scottish city of Aberdeen has died after being struck by a tree in high winds.

Additionally, 60,000 homes across England were left without power after power lines were cut.