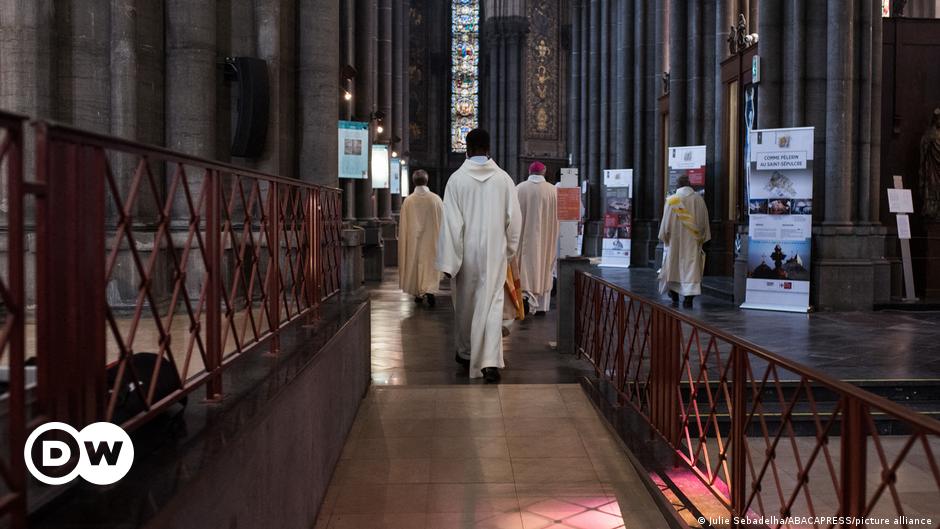 
Twenty years have passed since boston globe report on the sexual abuse of children by members of the Archdiocese of the Catholic Church of Boston. The time since then has only lengthened the catalog of horrors, with untold numbers of cases of children being abused at the hands of the church around the world.

Year after year, the numbers have increased as victims continue to demand redress, and the public has slowly become desensitized to the magnitude of the crimes. Occasionally, a new report, like the one from last week in Munich, breaks into the public eye and sheds more light on the scale of the abuse.

The latest report adds 500 victims between 1945 and 2019 in the Archdiocese of Munich and Freising to the more than 3,500 victims in all of Germany, which was revealed in an explosive church report in 2018.

In Ireland, 9,000 dead children, who died under uncertain circumstances in the infamous mother-and-baby homes, were buried in unmarked graves. Widespread abuse of children in Catholic residential schools in Canada has led to at least 6,000 deaths, many discovered in unmarked graves. In France, an independent study last year estimated that since 1945, members of the Catholic Church have abused more than 300,000 children.

But it’s not just the abuse itself that makes the history of child sex crimes so deeply disturbing. The church has shown, in its shockingly slow pace of reform, that it is unwilling to invite national authorities to investigate these crimes. His institutional conspiracy of silence – the protection of the secrecy of confession and the refusal to make the files public or hand them over to the authorities – now seems confirmed by the revelations of the Munich and Freising report, which implicated the former Pope Benedict XVI, then known as Joseph Ratzinger, in four cases of abuse.

Officials within the Catholic Church aided and abetted crimes against children. What we know now is that the former pope knew about the abuse, helped with the relocation of at least one abuser, and then gave false information about it. The most brutal fact of them all is that this turned out to be the very man who ultimately became the one responsible for clearing up, redressing past crimes and preventing future ones.

If the church’s response has been pathetically weak and inconsistent, it has still managed to prevent a clear political response from national authorities almost everywhere. In the face of these recurring horror stories, the church has been unable to muster much more than expressions of contrition and various cosmetic changes in domestic politics.

It is in this sense that we must refer to the refusal of the Spanish Episcopal Conference to create a commission to investigate cases of abuse, as well as to allow independent bodies to do so. In response to a report by newspaper The country detailing at least a thousand alleged cases of abuse, the president of the organization, Cardinal Juan José Orella, predictably expressed “deep pain” for the victims and explained that each diocese would be responsible for “collecting the complaints and accompanying the people who have suffered suffered”.

Inadvertently, Cardinal Orella illustrates the problem that public and state institutions must face: Church leaders seem to believe that they still have the moral authority to police themselves. In fact, now in Spain, in an unusual move that challenges the political power of the Spanish Catholic Church, a group of parliamentarians with the backing of the center-left PSOE in power has presented a project for the formation of a legislative commission to investigate crimes. sexual. allegedly committed by members of the church against children.

What the revelation in Munich shows is that it has been a failure when political institutions such as governments, courts or the police allow the church to investigate, judge and ultimately punish itself. In fact, it has not only been a failure, but also a complete subversion of any reasonable concept of justice in a democratic state. More importantly, it is an egregious neglect of civic and political duties.

It is important that we do not assume that the question on the table is only about crimes committed long ago. Certainly, justice for former victims is important. But the more pressing issue is what the situation is in churches, offices, and schools right now. The time for relying on the goodwill of the church to safeguard those under its tutelage, or offering a frank assessment of its own shortcomings, is long gone.