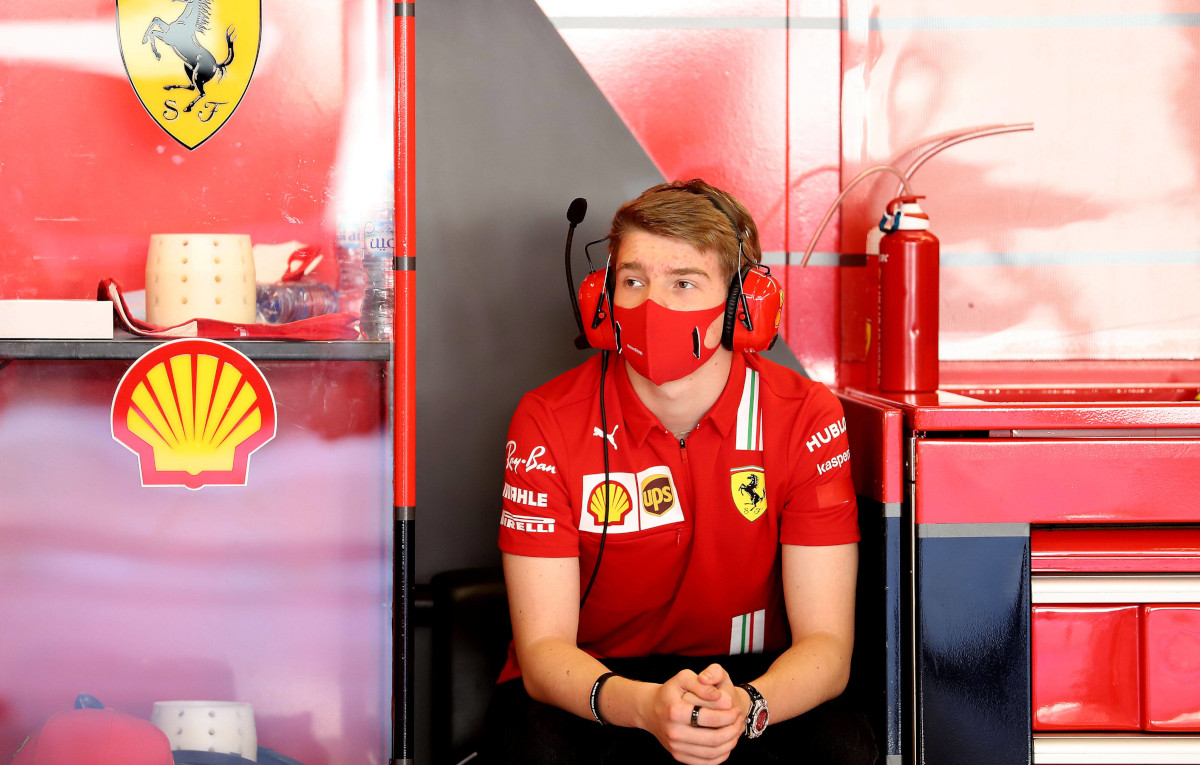 
Ferrari test driver Robert Shwartzman said he was “very proud” to take his first laps in his role at Fiorano in a private test this week.

ferrari Shwartzman, Carlos Sainz and Charles Leclerc raced around their private test track as the team got used to the operation of driving a Formula 1 car again, in what has become a tradition for the Scuderia as they clear away the cobwebs of the holidays. of winter.

The 22-year-old Russian tested for the Scuderia and Haas in the post-season young driver test in Abu Dhabi, and was announced as Ferrari’s new test driver a week later, beginning his role in earnest for the week.

Shwartzman finished as runner-up to now Alpine reserve driver Oscar Piastri in Formula 2 last year, and in the same twist of fate as the young Australian, he will not be racing at all in 2022.

With that, he hopes to be “fully immersed” in how he eventually becomes a full-time driver in Formula 1, which he intends to do from 2023 and beyond.

Three days, three drivers and countless laps around Fiorano in a # F1 car 🤩

Feels amazing to be back on the road preparing for 2022 🙌 #beFerrari 🔴 pic.twitter.com/HHCejxXoYT

“These last few days I have done my first laps as a test driver for the Scuderia and I cannot deny that I am very proud of my role,” said Shwartzman.

“It is always nice to drive a Formula 1 car and I hope there will be more opportunities during the year.

“My approach to the season will be completely different this year as I won’t be participating in any championships.

“I am completely available to the team, with which I want to be completely immersed because there is a lot to learn.

“My goal is to get to compete in F1 and I think the test driver role is the best way to get there. When the time comes, I want to be ready.”

Sainz and Leclerc also took part in the week as they got used to driving again, with the Scuderia working hard to prepare for the new era of Formula 1.

Sainz was the subject of dozens of Fans trying to see him at Fiorano last year, after he moved from McLaren, and said the testing experience brought back memories.

“Exactly one year ago was the day I made my debut here, so when I woke up this morning and came to the track, I had a lot of memories of that day because it was very similar, in a way, to how the day was. it worked,” he said in a video released by Ferrari after the test.

Ferrari had planned to run SF21 in the test, its 2021 car, but opted to switch to its 2018 challenger due to confusion surrounding the FIA’s rules on used car testing.