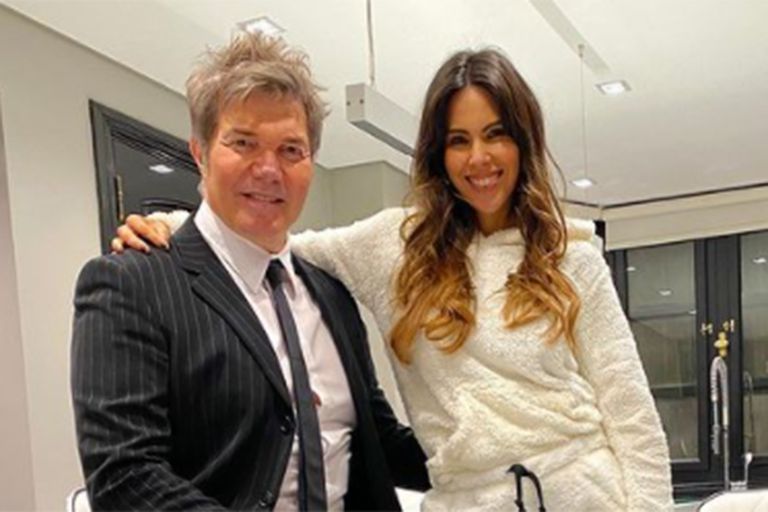 
Barby Franco you are in the wide group of celebrities who love to show off their lives on social networks. With daily stories and constant posts, the media enjoys keeping a round trip with her more than 1 million followers and usually shares every detail of her day to day. Although this has the advantage that the great presence in networks keeps it among the most present in the media headlines, it has the disadvantage that your posts can trigger a lot of rumours. On this occasion, It was a suggestive text that left all Instagram users wondering if everything would be fine between her and her partner, Fernando Burlando.

After a year full of work and with the aim of escaping from the stifling heat of the City, the lawyer and his girlfriend chose the beaches of Punta del Este to enjoy a well-deserved vacation. Entire days by the sea, beautiful sunsets and dinners at various gastronomic points in the area were some of the activities they carried out during their break. All this was recorded on the social networks of the former stewardess of Welcome aboard (eltrece).

Despite the fact that it seems evident that the couple is going through a good time, after having left the controversy of the marriage that never materialized, There was an unexpected publication that generated certain doubts among those who follow the life of entertainment. Barby Franco shared the posting of an account that uploads quotes awarded to the writer Paulo Coelho. In it was the sentence: “It is not life that separates people, it is evil, hypocrisy, betrayal, selfishness and lack of respect.”

Theories around the cryptic message are many. Perhaps the dancer was upset with her partner about something and, in a moment of anger, chose to send him a hint through social networks. Or perhaps the text is intended for another person whose identity is still unknown. Anyway, it may also be that Franco only saw the sentence, it seemed significant to him and he decided to replicate it so that more people could read it. Only time will tell which of these options is correct.

Meanwhile, Barby and Fernando Burlando continue their vacations in full, as they are more than used to the constant appearance of rumors about their private lives. Without going that far, during 2021 speculation arose about the possibility that she was in the sweet wait. It all started after he posted a photo where the two are seen kneeling in front of the Sanctuary of the Immaculate Mother of the Divine Eucharistic Heart of Jesus, a Virgin who is credited with the ability to grant pregnancies.

The fact coincided with the fact that, months ago, the law student had expressed her desire to be a mother and expressed that both she and Burlando want to add a new member to their family. “We had been talking about it and at one point we said ‘come on, let’s start looking’. My gynecologist recommended me to do a study to check and see, “he revealed in dialogue with Paparazzi.