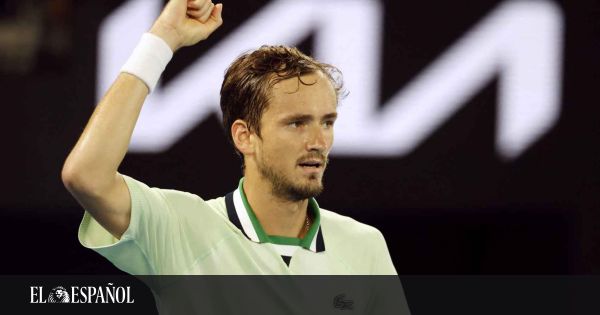 the evolution of Nadal’s rival towards the 21st Grand Slam

After crashing a return into the net and losing the match, Novak Djokovic and a Daniil Medvedev doing the dead fish, an iconic way to celebrate goals in the video game FIFA which consists of dropping to the ground in a peculiar way: plumb, sideways and with the legs together in an unnatural position.

It’s September 2021 and the Russian has just won the final of the US Open, Her first Grand Slam. This has important consequences because it prevents Nole break the record for all-time greats, holding the tie with Roger Federer Y Rafael Nadal (20 each). This Sunday, however, the Spaniard is in the same position as Djokovic months ago: it is played before Medvedev at the end of Australian Open the possibility of placing first in the race for being the best tennis player of all time.

“I play again with one of the greatest, but the funny thing is that I face again a rival who is looking for his Grand Slam number 21″, recalled Medvedev after making it through the semi-finals. “I sure Rafa was watching the final US Open on TV, and I’m sure Djokovic will do the same thing in two days”, continued the Russian. “When I was 8 or 10 years old, I used to play on the fronton and I imagined that I was Nadal to the other side. Now I have the opportunity to measure myself for the second time against Rafa in a final of Grand Slam, but I don’t really have a lot of pressure. I know what I’m capable of when I play well and I know I can beat anyone.” 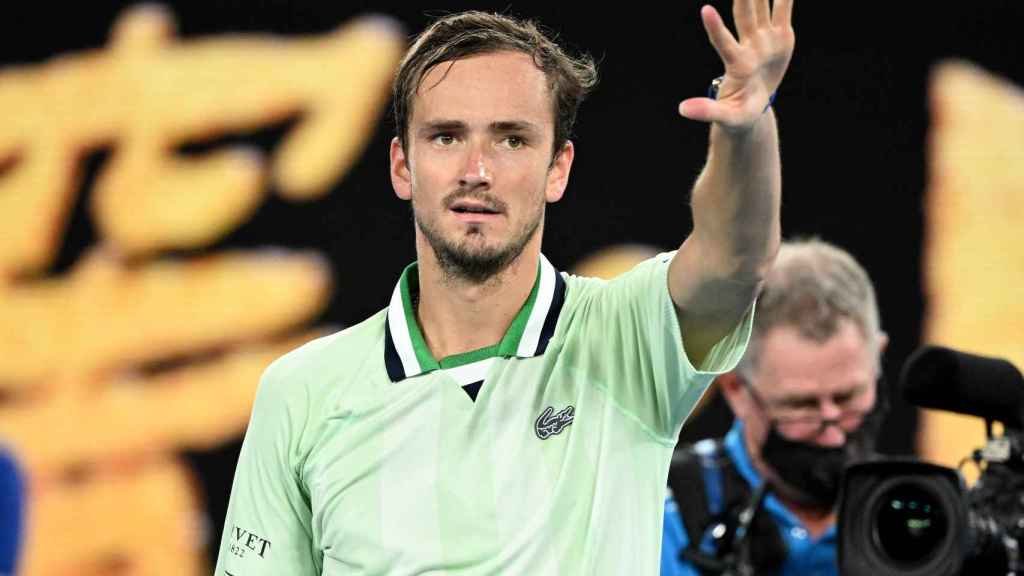 Daniil Medvedev at the Australian Open

Nadal beat Medvedev the end of US Open in 2019. It was a game that started controlled by the español after winning the first two sets and that the Russian burst out of nowhere, taking the third and fourth to force the fifth. That he Majorcan celebrating the trophy after 4h49m of carnage represented a warning for the future: Nadal still dominates head-to-head (3-1), but Medvedev He has taken the pulse, and there are the last two crosses that have played as a demonstration. In the Masters Cup of 2019, the Spaniard survived in the tie-break of the third set and in 2020 he was defeated.

“He is a player who has been evolving over time,” he assured THE ESPAÑOL Carlos Moya, one of the coaches Nadal. “Since he played with Rafa in New York it has become more solid and stable. He has a clear system, but he can adapt it according to what happens and try different things”, continued the Majorcan. “The clearest example is that final of the US Open: he was losing well, but he started serving and netting, something he hadn’t tried in the entire tournament, and he had a chance of winning the fifth set”, he stressed. “It’s very chameleon”.

“We all know what the mentality of Nadal”, explained the number two in the world after overcoming the semifinals on Friday. “He is an almost perfect player. Not only in physical appearance, but also in his personality. He is a tennis player who does not break rackets and who always has an impeccable attitude on the court”, he continued. Medvedev, that to reach the final in Melbourne has left along the way Nick Kyrgios, Felix Auger-Aliassime The Stefanos Tsitsipas among others. “It’s a very difficult opponent to beat. I’ll have to give my best to win the title.”

At Australian Open, a chance to destroy the story and a player the challenge to stop it: Medvedev, delighted to take on that role on Sunday against Nadal.