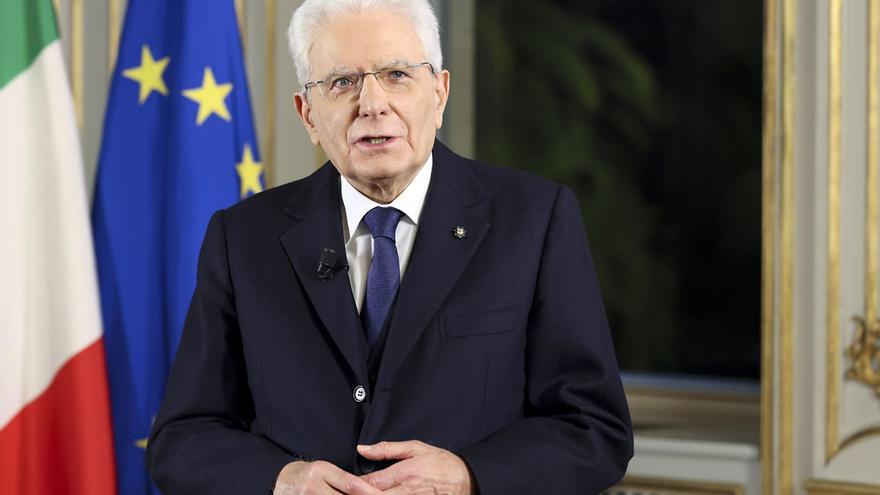 The Italian parties agree that Mattarella will continue as president


After five days of unsuccessful voting, the italian matches already point to the fact that the current president of the Republic, Sergio Mattarella, repeat in office, despite the fact that he has made it clear in recent months that he wants to withdraw, as a solution to the paralysis that the country is experiencing due to the process to renew that position, which is also slowing down the government’s activity.

The seventh ballot of the process concluded this Saturday again without agreement: Mattarella received 387 ballots, while there were 60 blank and 380 abstentions. The quorum required to elect a president is 505 votes, the absolute majority of the 1,009 voters who have the right to participate.

“The Italians do not deserve more days of bewilderment. I have a clear conscience, I have made numerous proposals, all of them of a high level, all of them rejected by the left. We defend that Mattarella continues in the Quirinal (seat of the Head of State) and Mario Draghi in the Government”, wrote the leader of the far-right League, Matteo Salvini.

“Keeping Mattarella in the Quirinal and Draghi in government is the only way to get Italy out of this extravagant madness and lack of political leadership,” noted the former prime minister, Matteo Renzi, on social networks.

The leader of the progressive Democratic Party (PD), Enrico Letta, posted a photo on Twitter in which you could readr “Thank you President Mattarella”, while that of Forza Italia, Silvio Berlusconi, said in a note that he is the only one who can guarantee unity.

However, this idea was criticized by the leader of the far-right Brothers of Italy, Giorgia Meloni: “I would be amazed if Mattarella accepted, after having firmly and repeatedly rejected this hypothesis,” he stressed on the networks.

Conte explained that now the parties will go to the headquarters of the Italian Presidency to explain the situation to Mattarella himself and there will be a eighth ballot at 4:30 p.m., in which the absolute majority in favor of the Sicilian jurist.

Mattarella’s option could put an end to the current blockade that lasts six days, since the coalitions of the right and the left have remained distant since the parliamentary process began last Monday and have not reached an understanding.

On Friday, after the right crashed in Parliament with the candidacy of the president of the Senate, Maria Elisabetta Alberti Casellati -who got even fewer votes than those who make up the conservative alliance-, Salvini opened up to the highest authority of the State could be another woman.

The leader of the 5 Star Movement (M5S), Giuseppe Conte, also supported this idea, and one of the names that gained strength then was that of the current head of the country’s secret services, Elisabetta Belloni.

Shortly after, Belloni’s candidacy was branded as “unacceptable” by former Prime Minister Matteo Renzi, who advanced that his party, Italia Viva, will not vote for it, and also this Saturday the Forza Italia deputy, Antonio Tajani, acknowledged that his formation I would prefer a political profile.

Crisis in the extreme right

The right-wing coalition, formed by Forza Italia and the far-right Brothers of Italy and the League, is experiencing a crisis, after accusations were unleashed on Friday for knowing who had crossed the agreed line and had not supported Casellati, and Forza Italia has decided to act independently.

“The right-wing coalition as it is does not make sense, there are many differences. There must be an association of strong center-right parties, which distinguishes itself from extremism,” said deputy Osvaldo Napoli, a member of the Coraggio Italia group, whose founder is Giovanni Toti. , who was a member of Forza Italia.