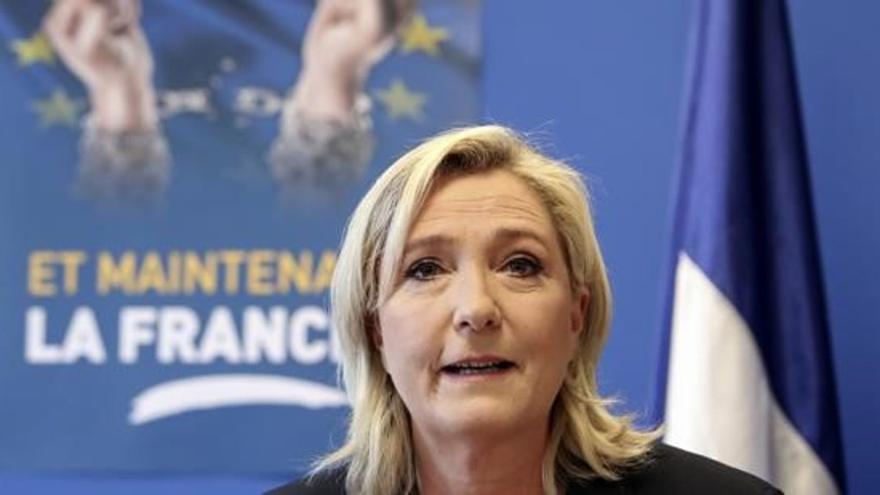 
The threat of betrayal Marion Marshal Le Pen to his aunt Marine has caused this Friday a earthquake in the pre-campaign of the French presidential elections, less than three months before the elections, and relaunches the polemicist Eric Zemmour in the race for the leadership of the extreme right.

Away from political life for four years, dedicated to the private university she founded and pregnant For four months, the 32-year-old politician, considered the heir to the clan that embodies the French extreme right, has opened the door to creating a family schism, but also a political one.

When no one was expecting her, Marion broke her silence and assured her proposes a return to the political front line, To present himself to the legislative elections next June and, facing the presidential ones, he showed his preference for Zemmour, not for his aunt. “The coherence, the vision, the strategy, make me lean towards Éric Zemmour. It’s clear. But there is a family matter,” he told Le Figaro newspaper. The stab it was felt in Marine Le Pen, who shortly before traveling to Madrid to participate this weekend in a summit of leaders of the European extreme right made her disappointment clear on a television program.

“If I said it didn’t affect me, no one would believe me. With Marion I have a special relationship, I raised her with my sister during her first years of life. It is obviously violent, brutal, difficult for me,” he assured the CNews chain with an obvious face of disgust. Minutes later, the patriarch and co-founder of the party, Jean Marie Le Pen, 93, avoided supporting his daughter: “I will talk to both of them and show my ideas later, when I deem it useful to clarify the future presidential and legislative debate,” he assured via Twitter. The move is interpreted as a success for Zemmour, when he seemed to be losing the battle of the polls.

The debater is knowing channel his most radical speech, closer to the essence of the National Front, which Marine Le Pen has spent years leaving in second place to appear as a more acceptable candidate for society as a whole. The softening of the speech, which has led Le Pen to add victories in intermediate elections since she went to the second round of the presidential elections in 2017, does not convince the first-hour ultras, with whom Marion connects better.

The niece is adept at more traditionalist positions in the social sphere, such as the rejection of same-sex marriage and abortion, and more liberal economically, which led him to distance himself from Marine, according to Efe the scholar of the extreme right Nonna Mayer. When Zemmour broke into the campaign at the end of last year, on the back of a speech closer to hers, Marion was already cold with her aunt and assured that she would support whoever had more chances of victory.

Although the polls place Zemmour somewhat behind Marine Le Pen, Marion believes that the former journalist has a favorable dynamic and more options to overcome the first round. The young politician acknowledges that she is impressed by the 85,000 militants that the former television commentator has achieved in just a few months, a figure that “not even in the best years of its dynamics” did the National Front achieve.

Contrary to Le Pen, Zemmour still has a large margin of progression, analyzes Marion, who considers that he can win support among the popular classes and abstentionists. An opinion that is not shared by Marine, who continues to think that her option is the best to oust the president, Emmanuel Macron, who is the favorite in the polls, from power.

In the far-right leader’s party, they fear that other figures from the formation will leave through the door that Marion has opened, a dynamic that the MEPs had already begun Gilbert Collard and Jérôme Rivière, who a few days ago announced their support for Zemmour.

The polemicist thus has a weighty Petrorian guard, since he is also being backed by the pro-sovereignty Philippe de Villiers or by the former number two of the conservative party The Republicans Guillaume Peltier. According to Marion, Zemmour is seeking to rally the entire right while her aunt is pursuing a narrower niche of voters.

While waiting for the betrayal to be confirmed, which the French political media already take for granted, many interpret it as one more episode of the internal rivalries within the French extreme right, often identified with friction between the Le Pen.

The patriarch openly confronted his daughter a few years ago, who ended up expelling him from the party, and at the end of the 1980s he had to quell the split caused by his right-hand man Bruno Mégret.