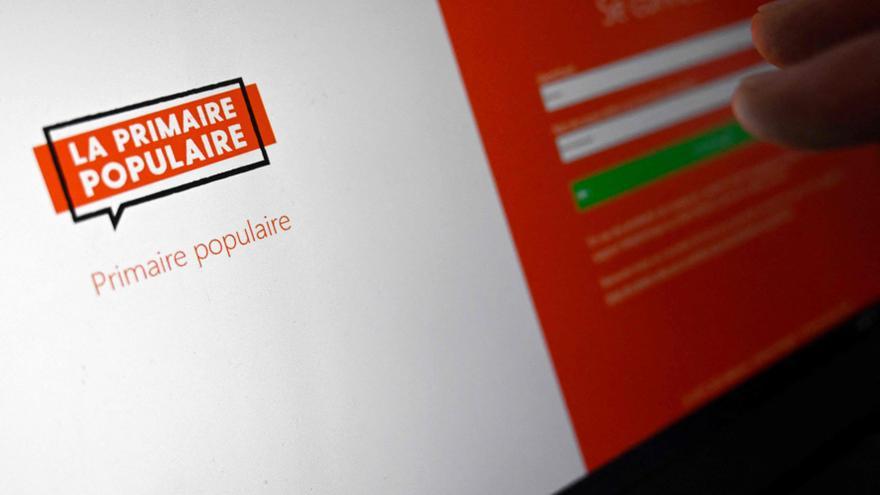 
The nightmare of the division of the French left produces monsters. Put more finely and precisely, it leads to initiatives promoted with all the good intentions, but which have become a baroque process with questionable legitimacy. Between Thursday and Sunday take place in France the People’s Primary. More of 465,000 people can vote on these internal elections of the left, which get on the nerves of the leaders of France Insumisa, Socialist Party (PS) and Europa Ecología Los Verdes, by putting the name of their candidates to the vote without their approval.

When there are two and a half months to go before the presidential elections, until eight progressive candidates could present themselves in the April elections: the rebellious Jean-Luc Melenchon, the socialist Anne Hidalgo, the green Yannick Jadot, former minister Christiane Taubira, the communist Fabien Roussel and three Trotskyist hopefuls. More than one left-wing voter puts his hands on his head in the face of such fragmentation in this electoral race, in which the forces of progress and social justice seem relegated to the background. “The fact that there are seven or eight candidates does not reflect the real divisions in this space,” explains political scientist Frédéric Sawicki, a professor at the Paris I Pantheon Sorbonne university.

“People she’s sick of this multiplication of candidacies that lead us to failure in ecological and social matters. (…) There is a real desire of the citizens to have a unitary candidacy”, assures Cléo Belaïche, member of the Popular Primary team, promoted by twenty young activists, well connected with the political and cultural elites. He highlights the ” success” of the high number of registered in this initiative, superior to that of the primaries of the Republican right in December (140,000 participants) and the greens in September (122,000).

This Popular Primary has, however, a defect. And it is not a minor detail. Of the four main candidates, three of them (Mélenchon, Jadot and Hidalgo) have been registered against their will. They actively and passively said that they did not wish to participate in this vote and therefore will not accept its result.

“I’m not going to say that this doesn’t affect me. It’s interesting, nice, but I’ll continue on my way,” the Socialist candidate, who is in a critical situation in the polls, said on Thursday. Even more forceful was Mélenchon, the best positioned of the left-wing candidates in the race for the Elysee. “They are a band of funny people who want to harm us. We cannot build the union in the first round,” said the leader of the France Insumisa (partners of Podemos in France) in statements to the magazine Paris Match.

“Is quite surreal that they have put the name of the candidates who do not want to participate in these primaries”, criticizes the political scientist Jean Petaux, who recalls that “there have not even been debates”, a crucial moment in this type of internal voting due to its media impact. The success of their mobilization “must be qualified, since in two million people participated in the PS primaries in 2017“, and in 2012 about three million, recalls Nicolas Framont, editor-in-chief of the left-wing magazine Frustration. The primaries in France “are not popular at all, since they are processes in which the middle and upper classes are usually overrepresented,” adds this sociologist.

Promoted with the noble objective of ending the division of the left, in the end this Popular Primary could only serve to add one more candidacy: that of Taubira, who made his presidential aspirations official on January 15. Adored by part of the Gallic progressives for having gay marriage legalized, this former Minister of Justice of François Hollande part as favorite. Not only is she the only strong candidate willing to accept the results of this vote, but also some of her prominent promoters, such as the former socialist deputy slinger Christian Paul, are part of his campaign team.

However, “the significant number of voters is not necessarily good news for Taubira, since this may mean that some of the supporters of Mélenchon or Jadot have signed up to defend their leaders,” Petaux maintains. It is also a question how it will affect the counting system. It is not the typical vote with a first and a second round, but they have opted for the majority judgment. That is, each participant will put a note to each of the candidates. The final results will be announced on Sunday afternoon.

Although this is not a binding vote, the leaders of the left They will be aware of it, especially for the campaign dynamics it can create. At a time of great weakness for the left-wing parties –the PS has barely 22,000 militants and the Greens about 10,000-, it will not be easy to ignore the preferences of more than 450,000 supporters. The Popular Primary, according to Sawicki, “represents a sanction of the most mobilized voters of the leftist parties against these formations. It shows to what extent they are weakened.”