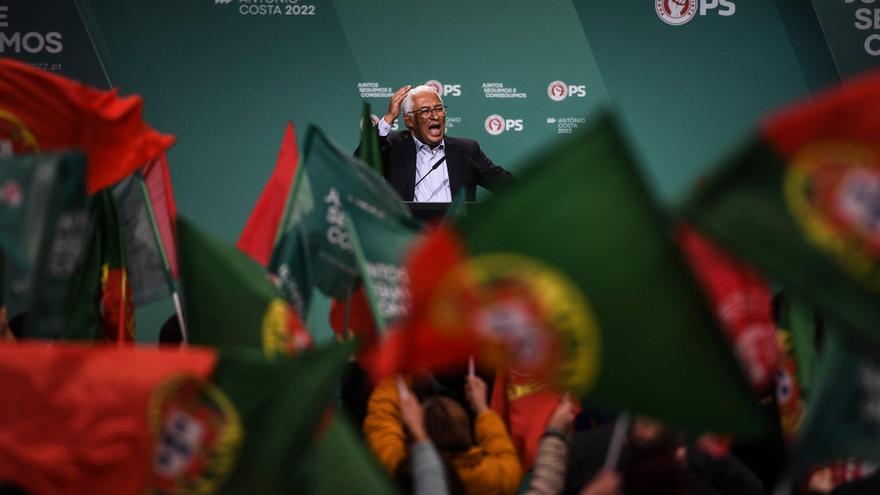 the Portuguese go to the polls in a very close election


Almost 11 million Portuguese are called this Sunday to the polls to renew the Parliament, made up of 230 seats, in very close elections. Elections in which the confidence of the Socialist Party (PS) in an absolute majority has been diluted like sugar in recent weeks. The latest polls point to a tie between the Socialists, who would obtain close to 36% of the votes -a result similar to that of 2019-, and the conservative Social Democratic Party (PSD), which would rise five points compared to the last elections, to 33% of the vote. The forecasts have forced the Socialist Prime Minister, António Costa, to change strategy and to recognize that it will be necessary to reach agreements after the elections, although he has not specified with whom.

The Socialists have momentarily set aside their differences with their former parliamentary partners, the Bloco de Esquerda (BE) and the Portuguese Communist Party (PCP) and have focused the last part of the campaign on try to scratch votes to the PSD, whom they accuse of wanting to privatize public health and of rejecting the rise in the minimum wage. This change in strategy shows signs of a possible priority treatment of the Socialists towards their former allies in the event of winning the elections, despite the fact that until very recently Costa claimed to have lost “trust” in them after the rejection of the budgets last October.

Both the BE and the PCP insist on putting pressure on the Socialists to reach an agreement that allows them to repeat the policies of the ‘geringonça’, although the two parties lose strength compared to 2019, according the surveys. “If there is a majority of the left, the government will be left,” said the leader of the BE, Catarina Martins, shortly before the end of the campaign. But the sum of the three formations could be insufficient to win a majority in Parliament, which would force the inclusion of two other minority parties in the equation, the animalist People, Animals, Nature (PAN) and the pro-European left Livre.

For its part, the right has succeeded in injecting a good dose of optimism in their ranks in recent days. The PSD’s candidate, Rui Rio, has gained confidence as the polls have been increasingly favourable, and has even gone so far as to ask Costa to lose the elections “with dignity”. To get a majority, Rio will have to come to terms with two booming parties, Liberal Initiative and the far right He arrives, who has insisted on his willingness to enter the Government despite the refusal of the PSD leader, who is committed to a parliamentary agreement. In any case, a right-wing Executive will necessarily have to go through Chega.

The difficulty in reaching agreements with multiple parties, both on the left and on the right, has put on the table the possibility of an abstention from one of the two great formations so that the winner can govern in the minority. An option that Rio has raised on several occasions in case of losing, but has not received the same response from the Socialists, who have remained silent for now. What Costa has confirmed on several occasions is that, if he does not win, will leave the leadership of the party and, therefore, his successor will be in charge of carrying out the possible negotiations with the right.

But even though the two major parties have voted together for almost 60% of parliamentary initiatives In the last two years, the possibility of a similar alliance seems complicated due to the wear and tear that it can entail for the two formations, which would open the door to the growth of the parties at one end and the other of the political spectrum. The control of the pandemic and the injection of European recovery funds dissipate any scenario of health or economic crisis in the short term that requires a great agreement, so it is most likely that the two formations will seek support in the other games.

The main political forces have dedicated the last stretch of the campaign to making a call for participation and trying to capture the 11% of voters that, according to the latest poll of the weekly Express, have not yet decided their vote. A percentage that doubles in the case of young people between 18 and 24 years old. The two main parties insist on asking for “the useful vote”, while the minority formations highlight their ability to act as a counterweight to the great forces. Faced with an electoral scenario so tight between left and right, convincing this part of the electorate will be decisive.