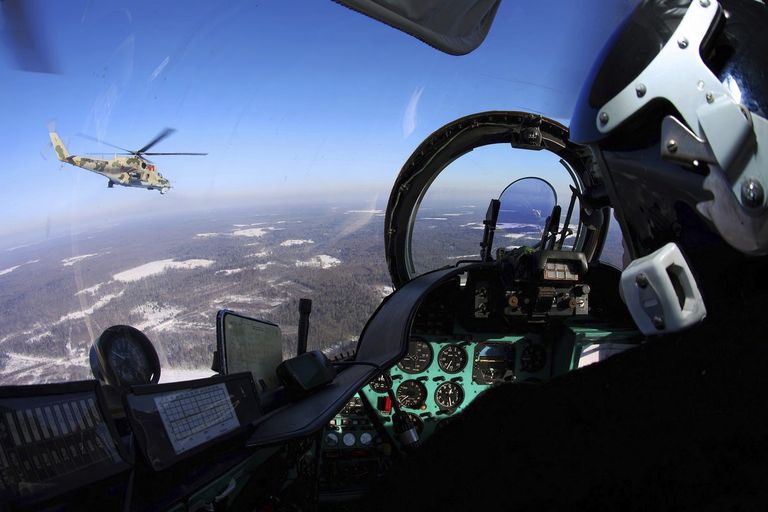 West vs. Russia: who would have more to lose in an eventual war for Ukraine


PARIS.- The crisis in Ukraine led Western governments to threaten Russia with a gigantic and “unprecedented” package of sanctions that should deter the president Vladimir Putin to invade its ex-Soviet neighbor. Although on previous occasions the Kremlin leader seemed impervious to such measures, three of them in particular are described as “nuclear options” by experts: withdrawing Russia from the world banking system; apply to the rest of the world the principle of US extraterritoriality, and paralyze the launch of the NordStream2 gas pipeline, which links that country with Germany.

In full crisis, The White House suggested last week that Russia could be removed from the Swift system, a highly secure network that connects thousands of financial institutions around the world.. An option whose results, however, would be dramatic not only for Russia.

“If Russia was disconnected from the Swift system, we would stop receiving foreign exchange. But customers – European countries, first of all – would stop receiving our exports: oil, gas, metals and other important components”, recalled Nikolai Zhuravlev, deputy speaker of the upper house of the Russian Parliament.

The Society for Worldwide Interbank Financial Telecommunication (Swift) was founded in 1973 to replace the telex and today is used by more than 11,000 financial institutions to send secure messages and payment orders. Its importance lies in the fact that there is currently no other global alternative for financial operations. That is why all financial players know: removing Russia from the Swift system would have enormous consequences.

“It would paralyze all international transactions, trigger currency volatility and cause massive capital flight,” analyzed Maria Shagina of the Carnegie Moscow Center.

Excluding Russia from Swift would cause a 5% contraction of its economy, specialists estimate, based on previous experiences. In 2012, Iranian banks suffered such a fate after being sanctioned by the European Union (EU) due to its nuclear program. The country of the ayatollahs lost half of its oil export earnings and 30% of its foreign trade.

For that reason, it is not yet clear to what extent America’s allies support the idea. Germany and the United States itself are the ones who would lose the most in this case, since their banks are precisely the ones that use Swift the most to communicate with Russian financial institutions.

The United States government could also decide to apply its controversial “principle of extraterritoriality”, which allows Washington to prosecute any entity, even if it is not North American, that maintains relations with countries subjected to an embargo, in case they have subsidiaries in the United States, operate in dollars, through American banks, use computer systems produced in that country or even have a single employee of that nationality.

During the presidency of Republican Donald Trump (2017-2021), Washington applied this principle with Iran, by preventing hundreds of European companies from buying its oil, strangling its economy a little more.

In a recent article titled “Putin’s Unfinished Business,” Eugene Rumer and Andrew Weiss of the Carnegie Endowment assert that the Kremlin chief is seeking “the restoration of Russia’s rule over the key regions of its historic empire. Nothing on that agenda is more important than Ukraine’s return to the Russian orbit.”, they write.

But, for others, official Russian policy is characterized by its “strategic patience”.

“In Ukraine, this means waiting for the successive anti-Russian governments to fail so that, finally, the Ukrainians are convinced of how little they receive from the European Union and the United States and return to the bosom of Moscow,” the former Russian president recently stated. Dimitri Medvedev.

Right now, however, Putin seems far more concerned with another foreign policy priority: the new network of pipelines built under his successive governments – to Turkey, China and Germany– whose objective is to seal regional alliances and maintain, in the case of Germany, an open window with Europe.

Not only that. Currently, the Ukrainian and Belarusian governments have considerable lobbying power over the Kremlin, whose westward gas exports pass through their territories.

Among the main threats studied by Westerners is the possibility of halting the launch of the NordStream 2 gas pipeline, which runs from Russia to Germany. The project has already been completed and awaits the green light from German regulators to start sending that precious energy to the west.

“To ensure that NordStream 2 starts operating as soon as possible and becomes a difficult instrument for European consumers to replace, Putin must play a complex game, combining pressure and threats, with the appearance of a positive attitude,” he analyzes. Marie Mendras, professor at the Institute of Political Studies in Paris.

As in the case of the Swift system, the danger of this threat is great not only for Russia, which exports 60% of its oil and more than 75% of its gas to Europe. Germany receives more than half of its natural gas imports from Russia: between 50% and 75%, against an average of 40% for the EU as a whole, according to Eurostat estimates. In the first half of 2021, those imports even increased 20%.

That is the reason why the new German government of Chancellor Olaf Scholz, whose coalition brings together social democrats, rather favorable to a conciliatory relationship with Moscow, environmentalists and liberals, defenders of a hard line, took several days to accept Washington’s proposal to paralyze the launch of NordStream 2 in the event of an attack.

As he walks the dangerous edge of that razor, Putin continues to blow on the coals and promises, at the same time, not to seek armed conflict. The Russian leader knows as well as the Europeans that a war would only bring dramatic consequences for the entire continent.