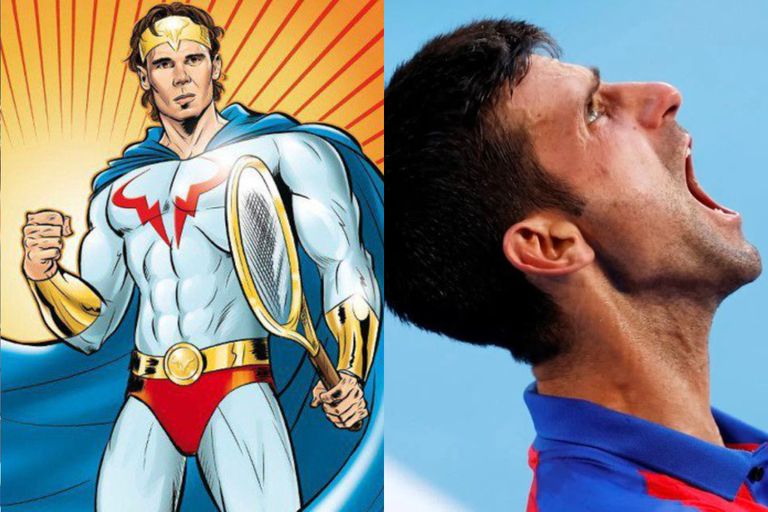 Australian Open: the best memes of Rafael Nadal’s triumph, with Novak Djokovic as the protagonist


In a scene full of emotion and nerves, Rafael Nadal beat Russian Daniil Medvedev and became champion of the 21 career Grand Slams, thus becoming the winningest tennis player in history, above Novak Djokovic y Roger Federer, which tie with a total of 20 titles.

As usually happens after these encounters, what happened at the Australian Open had a great impact on social media, specially in Twitter, where multiplied dedications and memes exploded of the Spaniard’s fans to cheer him on for his victory.

In that framework, a user wrote: “What changes the mood and competitiveness of a person with a single victory. But it’s not like any other It is the one that confirmed that Rafael Nadal Parera can handle absolutely everything”.

There he referred to the statements that the tennis player expressed to the press after finishing his match, who said: “I could have easily said this was going to be my last Australian Open, but now I have a lot of energy to keep playing.”

Beyond the admiration for Nadal that was felt on social networks, his historical rival, the Serbian Novak Djokovic, who caused a controversy after not allowing him to be vaccinated and being eliminated from the competition, he became the main protagonist of the memes. Recall that the Federal Court of Australia decided that the number 1 in men’s tennis cannot play the tournament, and approved his deportation leaving him out of the tournament.

In this context, an Internet user joked about the situation and made a meme with a retro photograph in which he is Rafael Nadal and the tennis player Roger Federer giving an interview. Above it he wrote a few words referring to Djokovic: “Hello Rafa, What is your favorite tv show?”, to which he replies “Border security”. The joke alludes to the time Novak lived, who was stopped at the Australian border due to an error on his visa that did not specify that he received a medical exemption to enter the country.

He was not the only one to enjoy the situation, another user used a memorable scene from The Simpsons to joke about the fact and wrote: “Djokovic asking for the vaccine to play Roland Garros”.

In this way, many users bragged about their memes what Djokovic would be feeling after Nadal’s triumph. “That if I got vaccinated, I would have won”, wrote one with a photo of the angry tennis player during a match. “Give me time for the vaccine”, says another tweet in which Novak is seen screaming at the sky.

Another user wrote: “While Rafael Nadal gives the Show in the final, Dojokovic at home…”, along with a photo showing a young man with a terrible face of frustration.

In a humorous tone, users sent Novak Djokovic “a little kiss” citing a video of Nadal in which the tennis player greets the camera along with a message full of sarcasm.

Also a netizen cited an iconic scene from the movie Forrest Gump to emulate How would the Serbian athlete be going to get vaccinated right now?.

However, Djokovic celebrated Nadal’s triumph on his social networks: “Congratulations to Rafael Nadal for his 21st GS. amazing achievement. The fighting spirit that prevailed at all times was impressive. Congratulations”.

He also addressed Medvedev, whom he also mentioned in the tweet: “Medvedev gave it his all and played with the passion and determination that we expect from him”. The publication was accompanied by a photograph in which the athletes are seen receiving their respective awards on top of the podium.

Meanwhile, some netizens joked with the duration of the match, which spread over a total of five hours and twenty-five minutes. “When the Nadal match begins vs. when it ends”, wrote a user next to the well-known meme that alludes to the movie of Titanic.

While another netizen indicated: “After 5 hours of the match Rafa Nadal gets fed up and asks: “Come on Rafa, what?”.

And another quoted an episode of The Simpson to show how it turned out after spending all morning watching Nadal and Medvedev’s epic duel.

To close the day and anticipate what is to come, some users also joked with the photo of Daniil Medvedev. After finishing the match, the Russian athlete could be seen with a noticeable expression of fatigue. Users shared the postcard and wrote: “And tomorrow is Monday”.

Without leaving the teasing and laughter aside, the truth is that Rafael Nadal achieved a phenomenal feat with his victory and after the difficult moments he went through before the culminating game of his career. For that reason, it is His millions of fans filled social networks with messages of support and emotion to congratulate him.