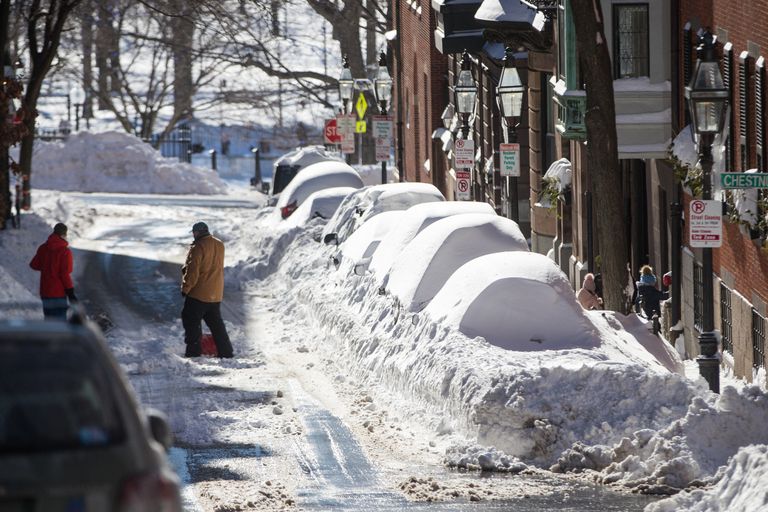 “Bomb cyclone” in the United States: the storm generated transport chaos and blackouts in the north and “freezing temperatures” in Florida


BOSTON.- One storm of snow and strong winds led to a “bomb cyclone” that hit the eastern United States this morning, one of the heaviest snowfalls in years, causing transportation chaos and leaving thousands of homes without power due to massive blackouts.

The frigid temperatures and dangerous sub-zero winds were considered by the authorities as “potentially deadly”, having paralyzed the routine of 70 million people in the region, from Virginia to Maine.

Philadelphia, Boston and New York witnessed large amounts of snow, but Massachusetts bore the brunt of the storm, with the neighboring towns of Sharon and Stoughton receiving more than 76 centimeters of snow.

In Massachusetts, more than 100,000 users they lost power due to high winds, which prevented crews from working on overhead wiring. For Sunday morning, some 50,000 customers were left without power, particularly in the city of Cape Cod, where the winds reached 134 kilometers per hour and even swept the ground and generated piles of accumulated snow.

Videos broadcast on social networks showed the streets of coastal cities such as Weymouth, south of Boston, flooded with icy water by the waves that, driven by storms, broke into the city.

The National Weather Service (NWS) had warned of record snowfall levels, especially in Boston, which tied its highest single-day snowfall level on record in 2003 on Saturday, with 60 centimeters of snow depth.

He had also warned in the northeastern part of the United States that the winds could reach between 80 and 120 kilometers per hour and make “travel conditions almost impossible.”

Indeed, 4,700 flights scheduled for the weekend at different airports in the region were cancelled. Today alone, 1,432 trips to and from the United States were canceled and another 1,387 were delayed by frost, according to the site Flight Aware.

The state governments of New York and New Jersey declared a state of emergency and the mayor of Boston, Michelle Wudeclared a snow emergency.

“It’s going to get pretty ugly”Wu said during a television interview on Saturday, noting that it was going to be “a historic storm.”

For his part, the Governor of Massachusetts, Charlie Baker, stated that the storm would bring “strong winds and a lot of snow” and that the eastern and southeastern coastal areas of the state would be “hit particularly hard.” He urged residents not to move “unless absolutely necessary.”

New York City authorities turned on the “Blue code” that includes a telephone line so that citizens can communicate in case they see people on the street affected by the cold.

The last time the region experienced an event of this magnitude was an infamous blizzard in 1978, which paralyzed the area for days.

“I was in the snowfall of ’78, and this one was worse. The wind is tremendous”Joe Brescia, 72, said through tears as he shoveled the driveway of his home in Warwick, Rhode Island.

Meanwhile, the warm state of Florida woke up frozen by “freezing temperatures and dangerous cold” This Sunday morning, I indicate the National Meteorological Service in Miami, which affects the local fauna and agricultural activities.

The minimum temperatures fell minus 10 degrees in South Florida and freezing temperatures in central and northern Florida, warned the newspaper Nuevo Herald, for which the NWS issued a freeze alert for Miami-Dade and Broward counties.

In addition, the weather service reported several orange and blueberry plantations that froze due to low temperatures and explained on his social networks how the cold paralyzes iguanas.

“Iguanas fall this morning. Iguanas are cold blooded (…) they remain motionless when temperatures drop below 40 degrees [fahrenheit]. They can fall from the trees, but they are not dead, “explained the entity.