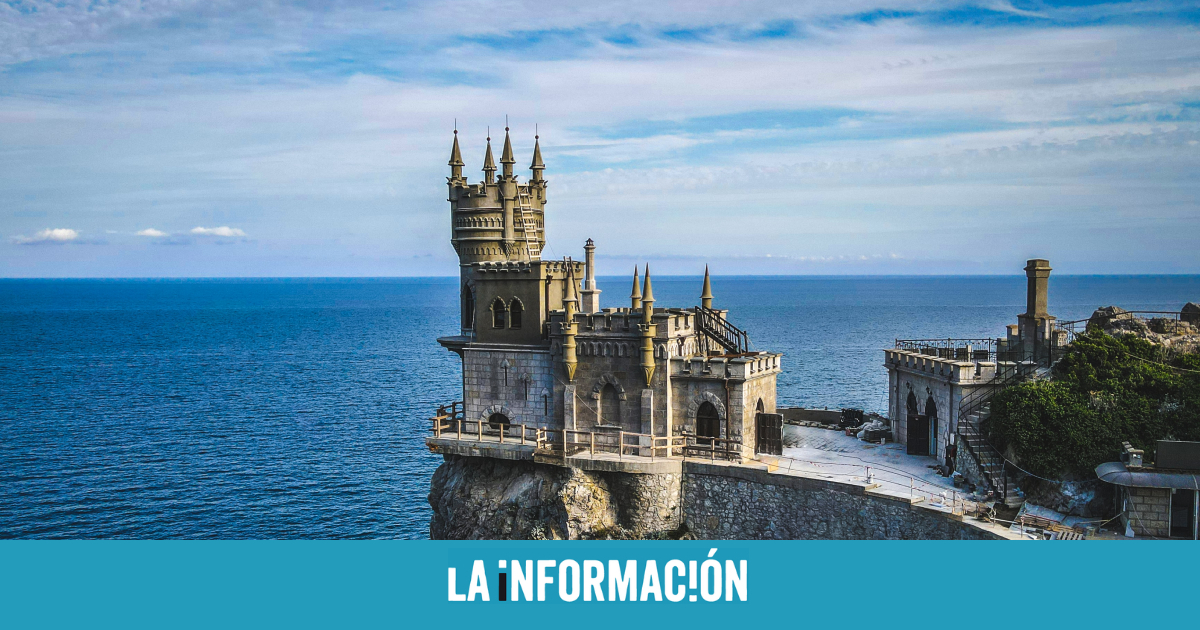 Crimea, the jewel of the Black Sea that has the international community on edge


The conflict between Russia and Ukraine keeps the international community on edge. In the last weeks the tension has gone ‘in crescendo’ and the Crimean peninsula, north of the Black Sea and ‘halfway’ between Russia and Ukraine, is once again in the global spotlight. But, What does this area have to arouse this interest? Why is its geographical location a strategic place? Which places of the ‘jewel of the Black Sea’ attract thousands of tourists a year?

In 2014, pro-Russian troops invaded Crimean cities taking advantage of the Euromaidan uprising, some demonstrations in which the Ukrainians asked their government to advance in the dialogue with the West. Russia’s President Vladimir Putin later acknowledged that Russian soldiers were in the operation, hailing it as a just and historic recovery. From then on, the tension has not ceased between the two countries, united by historical ties and now part of a conflict that has already resulted in more than 14,000 deaths. Apart from the historical claims, the Crimean peninsula is in a strategic geopolitical situation and has tourist destinations that attract millions of visitors every year.

The largest Russian naval base on the Black Sea

Russia has its largest naval base on the Black Sea in the city of Sevastopol. Located in the south west of the peninsula, this city is the most populous in Crimea, with 344,144 inhabitants. Before 2014, when relations between the two nations were characterized by their ‘good harmony’, Russia paid an annual fee to Ukraine, which allowed it to locate the base in this privileged location. Since the Russians control the area, Putin saves this benefit. In addition to this, Ukraine’s agreements with the West have put Russia on alert, which fears that the United States and NATO see in Volodímir Zelenski a possible partner whose territory is on the Russian borders.

Yalta, the tourist jewel of Crimea

If there is a characteristic and attractive city for the visitor, that is Yalta. A must-see for tourists an image of its sunny enclaves will confuse anyone who has never visited it. A sun typical of the Mediterranean coasts in summer surprises those who have in their heads the image of cold and icy Eastern Europe. With a temperature similar to that of A Coruña in summer, it rains less and the waters of the Black Sea register warmer temperatures.

A privileged destination, even the Russian tsars had an unavoidable date with its beaches in summer. Historically, the city has witnessed events that marked the international future of the 20th century, such as the legendary conference that brought together Winston Churchill, Franklin D. Roosevelt and Josif Stalin at the end of World War II. Among the enclaves that you can visit through its streets, travel agencies recommend not getting lost the Nikitsky Botanical Garden, which has more than 50,000 species; Alexander Nevski Cathedral or the mythical castle Swallow’s Nest (swallow’s nest).

However, despite the undoubted charm that overwhelms this land, in recent weeks the conflict has intensified and the Government of Spain has recommended not to travel to the area while the situation continues. This has been announced on its website by the Ministry of Foreign Affairs, which advises not to go to Ukraine except for essential reasons “due to the volatility of the situation with Russia”. The Executive also recommends that Spaniards who are in Ukrainian territory “do not remain there beyond the essential time”. In any case, he especially advises against travel to the autonomous republic of Crimea and the provinces of Donetsk and Lugansk. Meanwhile, the West and Russia continue to focus on Crimea, where tension continues and where NATO and some countries, such as Spain, have announced that they are sending troops to Eastern Europe, which is in a state of alert.