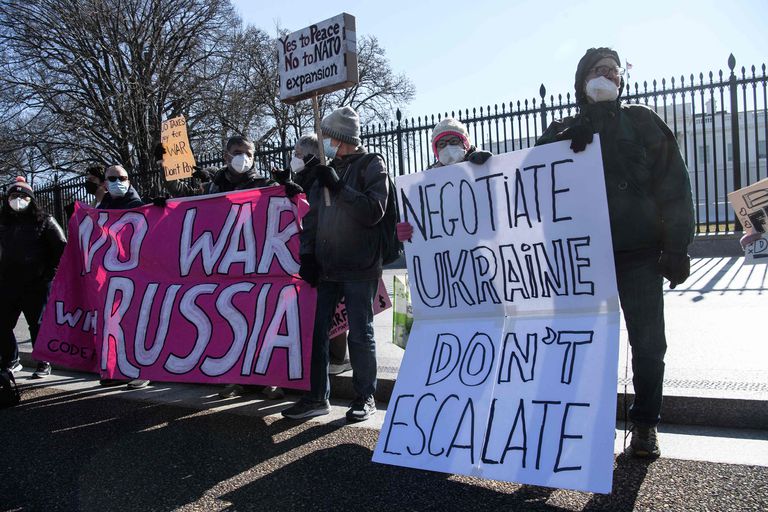 Crisis in Ukraine: the tension continues and the conflict reaches the UN


MOSCOW.- In another attempt to reach a diplomatic solution to the conflict between Ukraine and Russia, the The UN Security Council, convened by the United States, will meet tomorrow for the first time so far in the escalation of tensions of what is considered a “clear threat” to “international peace and security.”

The appointment, which is scheduled to start at 10 (12 in Argentina) seeks for the international community to pressure Russia in favor of a negotiated solution and, at the same time, give Moscow an opportunity to explain its behavior to the rest of the powers.

“Our voices are united in asking the Russians to explain themselves,” the US ambassador to the UN said on Sunday. Linda Thomas Greenfield, about his country and other members of the Council on the ABC channel. “We go to the room prepared to listen to them, but we are not going to be distracted by their propaganda.”

Meanwhile, the Russian Foreign Minister, Serguei Lavrov, affirmed today that his country wants relations based on “mutual respect” with the United States and that it will continue to seek “legally binding guarantees” that take into account the “legitimate interests” of Russia.

“We want good, equitable relations of mutual respect with the United States, as with all the countries of the world”Lavrov told Russia’s Channel 1, adding that the country “doesn’t want to be left in a position” where its security “is violated on a daily basis”, as it would be if Ukraine were incorporated into NATO.

The foreign minister explained that the Kremlin will soon send to NATO and the Organization for Security and Cooperation in Europe (OSCE) countries, “an official request that urges them to say how they plan to implement their commitment not to reinforce their safety to the detriment of the safety of others”.

The head of the Russian Security Council, Nikolai Patrushev, reiterated again this Sunday that Russia “does not want a war” with Ukraine, and accused Westerners of exacerbating tensions for “their own selfish purposes.”

Although Russia denies the accusations, Kiev renewed its appeal to Moscow to withdraw its troops deployed along the border between the two countries and to continue the dialogue with the NATO allies if he “seriously” wants a de-escalation of tensions.

On the eve of the Security Council meeting, NATO Secretary General, Jens Stoltenberg, I affirm that the Atlantic alliance “has no plans” to send troops to Ukraine in the face of a possible Russian invasion of that country.

“We have no plans to deploy NATO combat troops in UkraineStoltenberg told the BBC. “NATO allies have trainers there, they provide equipment, defensive weapons. We do a lot of things to help Ukraine strengthen its defense capabilities.”

However, he highlighted that “Ukraine is not a NATO ally”, so it does not apply to the alliance protection agreement.

“There is 100% confidence that an attack on one ally will trigger the response of the entire alliance: this applies to NATO allies, not to a close and valuable partner,” he deepened.

Contrary to Stoltenberg’s statements that NATO would not deploy troops, The United Kingdom announced its massive military deployment in Eastern Europe, to which is added a package of sanctions against members of the Russian oligarchy close to the Kremlin with strong interests in the City.

Prime Minister Boris Johnson has claimed that Britain is ready for a massive deployment of troops, warships and aircraft.

“The situation is increasingly worrying. I continue to urge Russia to commit to negotiations and avoid a reckless and catastrophic invasion,” he tweeted.

From London, the British Foreign Secretary, Liz Truss, indicated that the parliament is about to authorize measures against “Russian interests” that have relevance for Moscow.

“We are going to announce at the end of this week improved sanctions legislation so that we can hit a wide range of Russian interests of importance to the Kremlin,” Truss told Sky News. “There will be nowhere to hide for Putin’s oligarchs or companies committed to supporting the state.”

In Washington, both Republican and Democratic congressmen signaled that they are close to reaching an agreement on a bill that provides harsh economic sanctions against Russia.