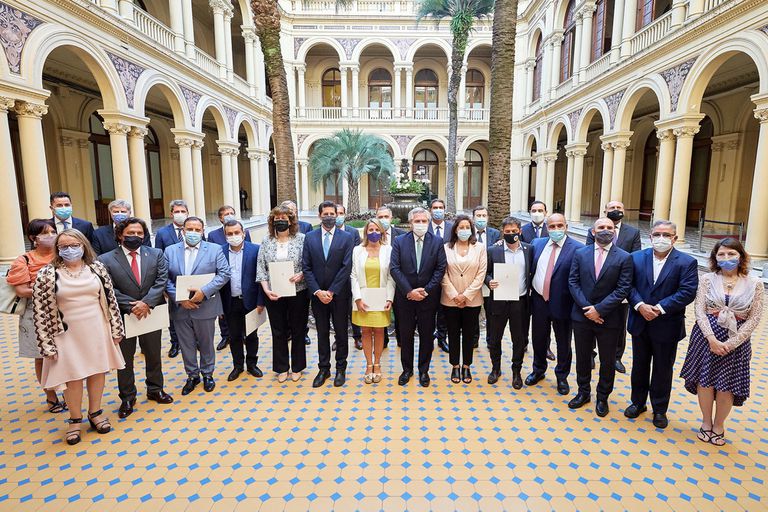 Gross Income: a highly distorting tax that is betting to raise more this year 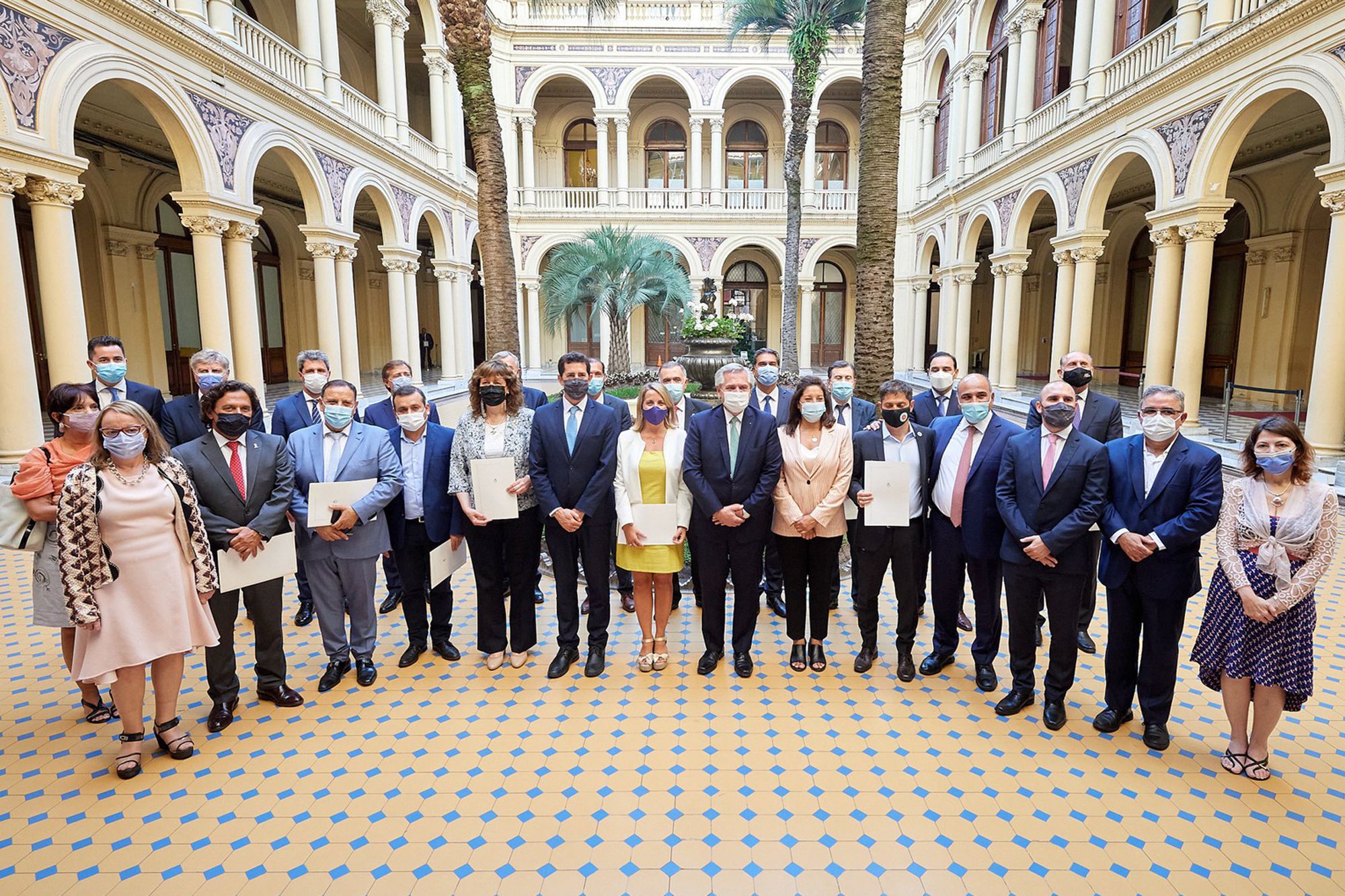 It is, for many companies, entrepreneurs and accountants, the bad guy (or the baddest) in the movie. But this is not fiction, it is the reality of the framework of taxes in Argentina. And the “character” in question, accused of its effects on economic activity and inflation, is Gross Income, the tribute collected by the provinces and the Autonomous City of Buenos Aires.

This is the burden that, from the signing of the Fiscal Consensus promoted by President Alberto Fernández –to which all the governors adhered, but not the head of the Government of the City of Buenos Aires–, could increase in the coming months, despite the fact that in 2017, in another quickly suspended pact, the leaders had promised to embark on a path of reducing rates, to reach that in the current 2022 some activities will be exempt and others, with lower levels of taxation than those of then. Given the current rates, the limits of the new agreement enable increases. Something key (and risky) in the face of fiscal needs and emergencies.

Why is Gross Income on the bench? What is he accused of?

“The tax reaches all stages of the economy, from extractive or industrial activity to retail, and that affects the final price of goods and services”, says Cecilia Goldemberg, partner at Andersen Argentina. This multi-phase modality (the load affects all the activities involved in the production of a good) means that there are two “pernicious” effects, he adds: accumulation and pyramiding.

“The effect of accumulation it means that Gross Income, as a tax already added to the cost in one stage, is included in the basis for calculating the tax in the next stage; that is to say that it forms part of the calculation base to determine the tax itself in the following stages”, he explains. And he adds that he also has impact on intermediate services that may have been included in the process, such as financing (the provinces are empowered to set rates of up to 9% in financial services – that makes credit more expensive for any person or company – while in 2017 it had been defined that this year no could exceed 5%).

Depending on market conditions and other factors, the possible effects of the levy and its “cascading” application are rising prices and falling profitability. “In one case or another, the tax influences and distorts against the generation of value,” says Félix Rolando, also a partner at Andersen, who explains that the “pyramidation” It occurs because consumer prices suffer, due to Gross Income, an increase that is higher than what is actually collected.

As there are cumulative consequences on prices, there is a regressive trait, according to the tax specialist Mariano Ghirardotti, because the poorest families consume 100% of their income and the values ​​of what they buy bear the impact of the tax. “From an ethical point of view, it is curious that politicians who raise the banners of the defense of the vulnerable use a tax that is not only transferred, but also generates a greater effect on prices than that of the rate itself, and to that we must add that the rate does not distinguish between rich and poor; everyone pays the same”, he analyzes.

Another distorting factor, adds Ghirardotti, is that to calculate the tax only income is considered, that are part of the manifestation of the taxpaying capacity of a person or company. Thus, “Gross Income has a fierce impact on companies that have difficulties or very low profit margins,” he says. And that, he maintains, influences investment decisions.

As for the exports, although those of goods are exempt, Rolando explains that “the tax conspires against operations by removing competitiveness, because The return of what was paid in different stages is not contemplated, which was integrated into the cost of the good. Regarding foreign sales of services, he says that, in general, they are considered not taxed or exempt.

Another effect for production, points out Andrés Edelstein, a partner at Edelstein, Mariscal, Torassa & Asociados, is that the high rates are added the existence of “innumerable collection regimes, with withholdings and perceptions that reduce, often unduly, the working capital of companies, and that produce a relevant administrative burden for the taxpayer”.

For lawyer Diego Fraga, who specializes in tax matters, these collection mechanisms are one of the main problems, because They tend to be “perverse and arbitrary” and have no normative support. They end up generating balances in favor of the taxpayer, which is difficult to recover. “The mechanisms to be excluded from these collection systems are cumbersome and the procedures to obtain the refund, even more so,” says Fraga.

When the province is a debtor, judicialization usually appears. But, according to the lawyer, local systems “are usually very slow and prone to the interests of the treasury.”

In a survey conducted by KPMG in 2020 among representatives of 70 companies, two out of three stated that the tax burden with the greatest impact on their prices was Gross Income, while only two out of ten said they did not have credit balances.

Part of the origin of the conflicts lies in the fact that some provinces differentiate aliquots according to whether the firm that markets a good is located in the territory or not. That had been sought to eliminate in 2017.

A great stone for a path of change, says Ghirardotti, is that the tax “explains between 60 and 80% of the collection of the provinces.” How to remove that source of funds?

“For the consolidation of the provinces, the effective pressure of the tax went from 1.9% to 4% measured on the national GDP, between 2000 and 2013″, says the economist Marcelo Capello, head of the Fiscal Area of ​​the Ieral, of the Mediterranean Foundation.

“The incidence of its collection doubled and even more so in a decade,” he explains. This could be due to higher rates, greater taxation for how it is collected, or improvements in compliance. Capello adds that after the 2017 pact there was a drop in pressure that, measured as a percentage of GDP, was between 3.5% and 3.8%, at least until the first half of 2021. “With the Fiscal Consensus, which sets higher ceilings for rates, it is most likely that the pressure will increase this year,” he analyzes.

In recent years there has been a debate about what would be a possible substitute tribute and there was talk, for example, of a provincial VAT, a tax without so many accusations of being distortive.

“Gross Income is very profitable from the collection point of view and that is why there has been resistance to replace it –Goldemberg points out–; A very notable proposal was to implement an additional VAT collected at the national level, with a supplementary or additional rate that would be allocated to the provinces”.

Beyond those ideas, the Fiscal Consensus indicates that Gross Income will continue its course and that it could be strengthened. That will depend on political decisions and the fiscal framework of each province, but the table of maximum rates indicates that that consensual path of general drop in cargo was forgotten.

In activities like Agriculture and Livestock, the pact allows an aliquot of up to 0.75%, while in 2017 it had been set that this year these activities would be exempt. It had also been agreed, in the macrista government, that the industry will be exempt, while the top rate now agreed is 1.5%. For trade, the ceiling is the same in the old and in the new pact (5%).

The “bad guy” is not a revelation actor; it is one already consolidated. In the book Argentines and taxes, José Antonio Sánchez Román says that the tributes “about lucrative activities” collected in different parts of the country (the name of the cargo that preceded Gross Income) “became a source of concern for the Argentine Industrial Union, which complained that they caused a double taxation problem [otra cuestión marcada como una distorsión actual] and demanded its abolition or at least the unification of taxes in the national territory”. The author’s source? A 1965 UIA magazine.