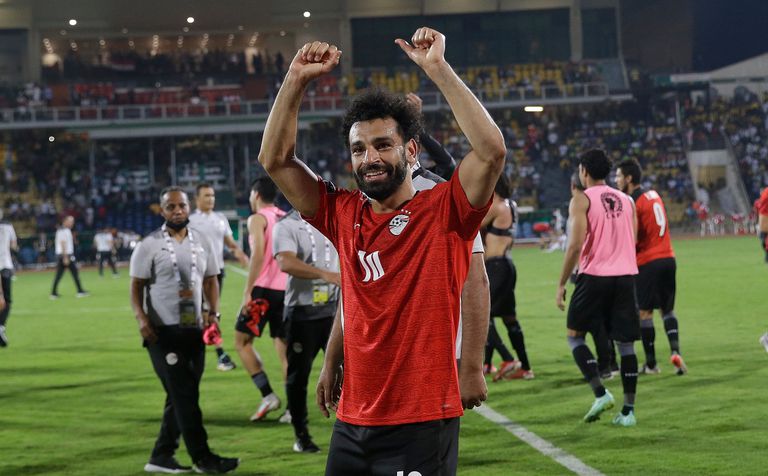 In the Africa Cup of Nations, Egypt advances thanks to Mohamed Salah: a goal and an assist in extra time


Egypt and Senegal they beat Morocco (2 to 1) and Equatorial Guinea (3 to 1), respectively, for the quarterfinals of the Africa Cup football and advanced to the semifinals of the tournament, whose 33rd edition takes place in Cameroon and will end on Sunday, February 6. Egypt beat Morocco 2-1, in extra time, and had the decisive intervention of its star, Mohamed Salah (Liverpool, England), who scored a goal and an assist to be able to pass the wheel in the continental championship.

started ahead Morocco, with a penalty kick goal converted by the midfielder Sofiane Boufal (Angers, France), at 7 minutes, then equalized Wrong for Egypt (biggest winner of Cups, in 1957, 1959, 1986, 1998, 2006, 2008 and 2010), 8 minutes into the second half, and in extra time he was sentenced Trezeguet, who plays for Aston Villa in England (assisted by Salah), 10 minutes after extra time, in a match that took place in Yaoundé.

Thus, Egypt will be measured in the semifinals, this Thursday, against the host and undefeated Cameroon, 5 times champion in 1984, 1988, 2000, 2002 and 2017, to decide who will be the finalist. In the other game that was played today, Senegal, who was runner-up in the tournament in 2002 and 2019, beat Equatorial Guinea by 3 to 1 and went to the semifinals of the tournament.

They scored for the Senegalese team, the attacker Famara Diedhiou (Alanyaspor, Turkey), Cheikhou Kouyate (Crystal Palace, Inglaterra) e Ismaila Sarr (Watford, England), and the Hispanic-Equatorial Guinean Jannick Buyla (Nastic de Tarragona, a club from the third division of Spanish football) discounted, in a match that was also played in Yuandé. The victory enabled Senegal to face this Wednesday against Burkina Faso, for the semifinals of the championship.

Cameroon advanced yesterday by beating Gambia by 2 to 0 and Burkina Faso He also went to the next round by beating on the same day Tunisia (which had knocked previously undefeated Nigeria out of the competition), 1-0.

After the avalanche, the reopening

On the other hand, the African Football Confederation (CAF) announced this Sunday the reopening of the Olembe Stadium in Yaoundé for the remainder of the tournament. The CAF decreed the closure of the venue after the human avalanche that caused eight deaths before the round of 16 match between Cameroon and Comoros, a drama caused by the closure of one of the access doors to the stadium.

In this way, the Olembe Stadium will be the scene of one of the two semi-finals (that of the hosts against Egypt) and the final of the tournament. And the Tunisian Football Federation announced, just 24 hours after the elimination against Burkina Faso, of the coach Mondher Kebaier, which will be replaced by its deputy, Jalel Kadri.