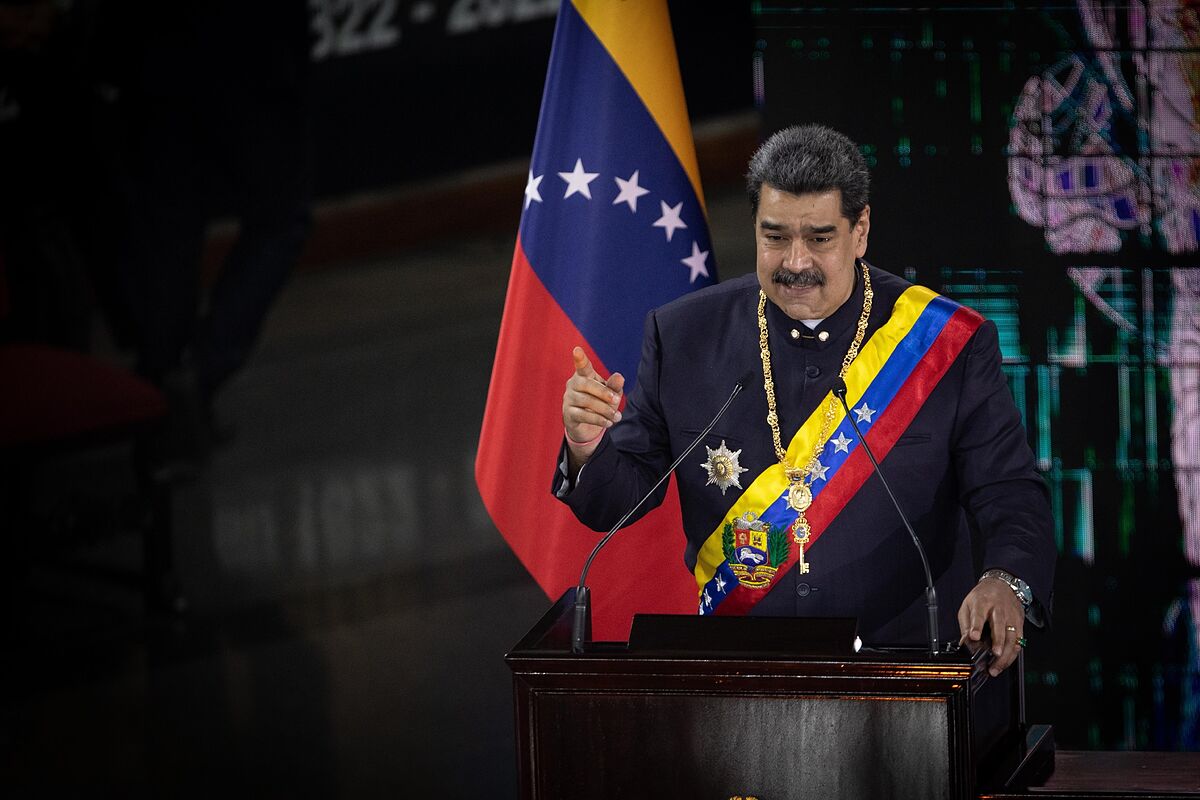 The Latin American country is one of the most corrupt on the planet, only surpassed by Syria, Somalia and South Sudan

Operation Iron Hand, ordered by Nicolás Maduro against the corruption that has plagued Venezuela for years, has claimed the first “victims”. Mayors, deputies and a prosecutor, for now, are the first arrested in two different actions, the first for drug trafficking and the second for gasoline smuggling.

The Bolivarian National Police arrested the mayor Keyrineth Fernndez, one of the young promises of the ruling United Socialist Party of Venezuela (PSUV), with six panels of cocaine, around seven kilos. Along with Fernndez, two deputies were arrested.

The mayor of the municipality of Jesús María Semprón, south of Lake Maracaibo and near the border with Colombia, belongs to the Way indigenous ethnic group. A “daughter of Chvez”, as she defines herself on her social networks. “Chvez is undefeated here, here we continue his golden generation, assuming with great courage because we are not afraid of that oligarchy, we have learned a lot! We have to thank you for the example you have given us, also our brother Vice President of the party, Diosdado Cabello”, Keyrineth Fernndez herself addressed Nicols Maduro in a recent political act of the PSUV.

Leaders of the Communist Party of Venezuela (PCV) in the Jess Mara Semprn municipality had spent weeks denouncing the repeated abuse of power by the mayor, who even used paramilitaries to intimidate voters during the election day of 21-N, in addition to committing “multiple electoral crimes.” The complaints made to the PSUV were never heard.

The mayor headed a drug trafficking network, now dismantled, of which they are also part Tana Gonzlez, deputy for Zulia, and Luis Viloria Chirinos, deputy for Tchira, both border states. The most striking thing is that Viloria already appeared in December among the detainees of another drug raid, but inexplicably remained free. According to the Chavista media itself, the deputy fell in the raid carried out by the Bolivarian National Guard against a group that was transporting 336 panels of cocaine (368 kilos) from Tchira to the port of La Guaira.

Tana González worked as commissioner of religious affairs in the PSUV Youth and in her day achieved a certain popularity in the Chavista bases by becoming the youngest deputy in the Constituent Assembly. Viloria, on the other hand, was a member of one of the false “opposition” parties that collaborate with Chavismo, even revolutionary media claim that he served as an advisor to Luis Parra, one of the leaders of the “scorpions” who came to preside over the Assembly National intervened by chavismo. These deputies left the ranks of the Democratic Unity to form a bench at the service of Colombian tycoon Alex Saab, the main financial operator of the revolution and alleged figurehead of Maduro, who remains in a Florida prison awaiting trial.

The authorities’ second operation has dismantled another network, this time linked to gasoline smuggling, one of the main businesses in the country today, where fuel is rationed. TO Carlos Vidal, Chavista mayor of the Independencia municipality in Anzotegui state (northeast Venezuela), and the superior prosecutor of Bolvar, Manuel Gil da SilvaThey are accused of being the leaders of a “dangerous network of organized crime” dedicated to the diversion, smuggling and illegal sale of fuel.

“Traitor to the trust of the people and unworthy of his investiture,” Petrleos de Venezuela (PDVSA) pointed out to the detained mayor. Gas stations, where bribes are rampant, are under the control of the military.

“Any deviation from the correct revolutionary line must be condemned, repudiated by the militants of the PSUV. We are going to a deep review, whoever commits criminal acts, whatever their name is, will bear the full weight of the law,” warned Cabello after the arrests.

According to the latest Transparency International ranking, Venezuela ranks fourth from the bottom as the country with the most corruption on the planet, surpassed only by Syria, Somalia and South Sudan.

“This internal war within the PSUV is tough. I want to believe that the democratic forces are taking note and collecting information to clearly know which are the opposing factions and to be able to take advantage of it,” interpreted analyst Walter Molina.