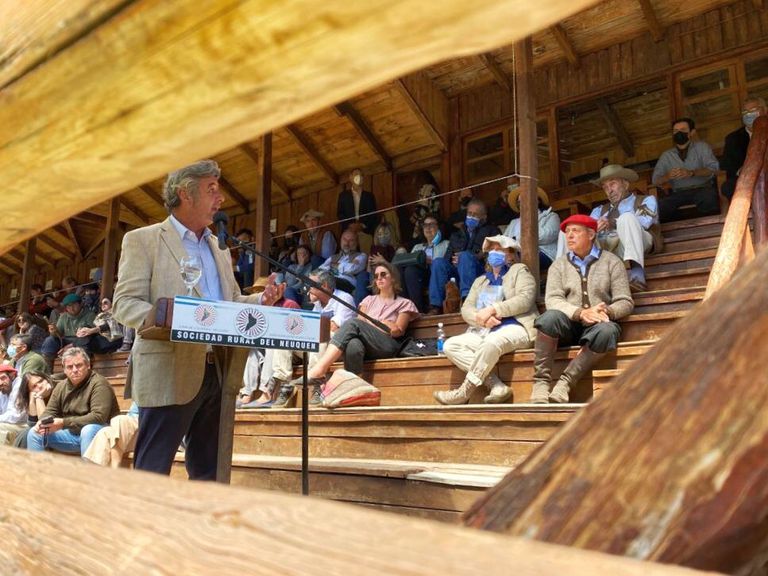 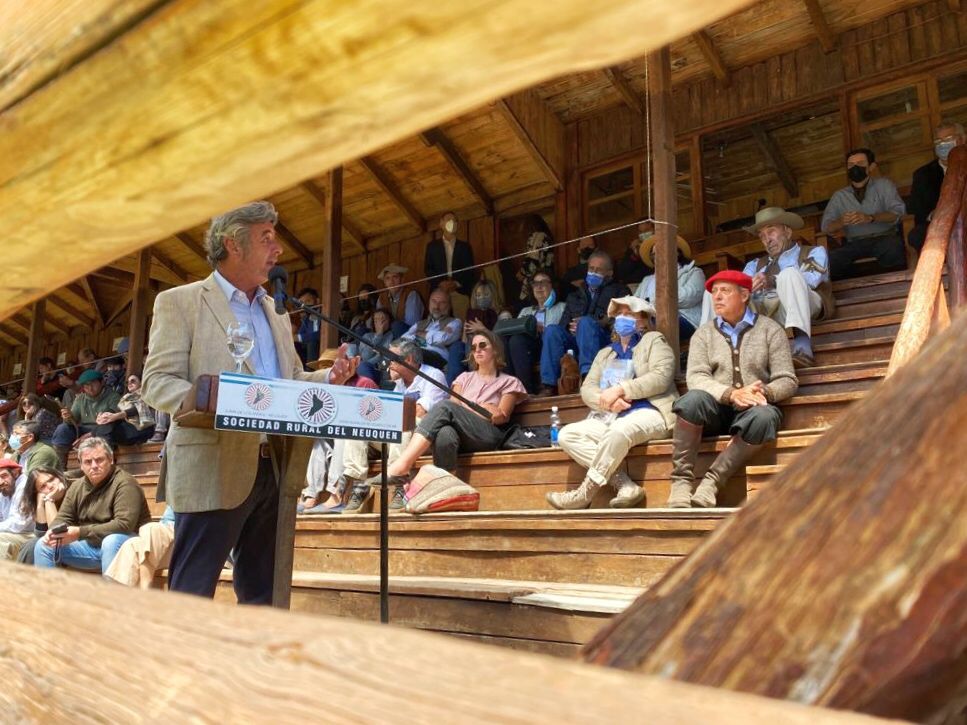 The president of the Argentine Rural Society (SRA), Nicolás Pino criticized the national government for its policy on cattle and meat and pointed to the new system for exporting. “Trust and transparency in the new meat export system does not appear”, the leader pointed out. The entity is on alert for “rumors of new informal restrictions”.

Pino gave a speech today in the framework of the rural exhibition in Junín de los Andes, where he attended accompanied by the directors of the entity Marina Facht, Adela Bancalari, Raúl Etchebehere, Jorge Born and Mariano Andrade, among others.

It is worth remembering that the Government made foreign sales of beef more flexible after the 2021 stocks. However, seven popular cuts that should remain for domestic consumption (except for old cows for China) are still banned. It is roast with or without bone, skirt, matambre, roast lid, buttock, shoulder and empty. They cannot be exported until December 31, 2023.

In addition, the Government was left with a tool to monitor and control the market. It is a registry to export where exporters must present a declaration, and wait for approval, before finalizing the sale abroad. In recent days there was nervousness in some companies due to delays in obtaining authorizations, according to what they told this medium.

“Meat exports between June and December 2021 fell by almost 135,000 tons compared to the same period in 2020. An accumulated drop of 24% that translated into the loss of 520 million dollars less in exports. Confidence and transparency in the new system applied this year does not appear and producers see the current situation with great concern”, Pine pointed out.

The president of the Rural thus echoed that the official measures, according to the organization, “Far from leaving behind the stocks and the export quota, they only increased the rumors of new informal restrictions.”

He added that the official policy of 2021 affected competitiveness. “The ill-advised policies implemented in recent months have done nothing but put sticks in the wheel of development and postpone the growth of the sector, and therefore of the country,” said the leader.

In his speech, Pino also referred to local issues in the south, such as the drought that has been going through the area for years, the constant scourge of fires, and the importance of judicial and political action in the face of constant threats to private property.

In addition, he insisted that the retentions, after not voting on the 2022 budget where the Government sought its extension, were left without legal support. He pointed out that it is “distortive taxes that fall on the waterline of the productive activity”.