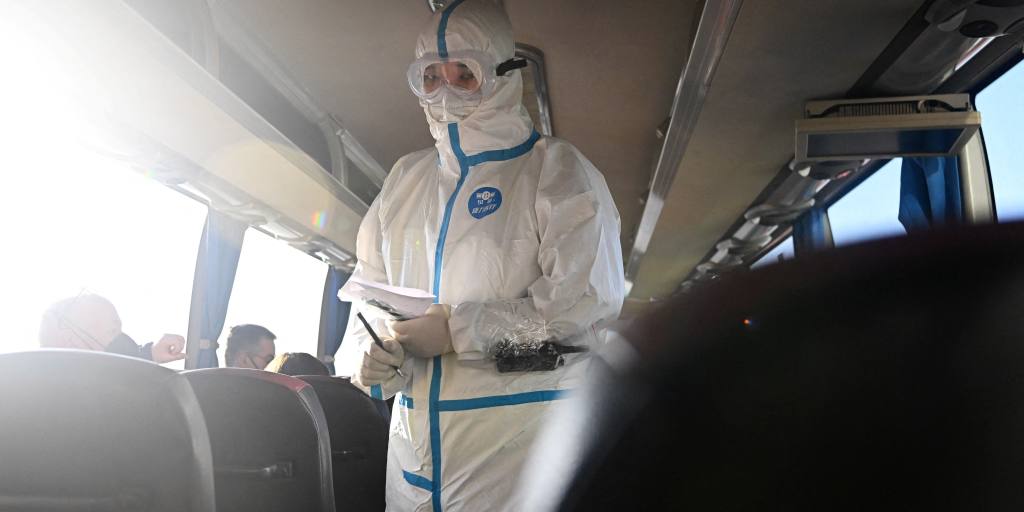 
Beijing is poised to become the first city to host both editions of the Olympics, with the Winter Games taking place from February 4-20.

Chinese President Xi Jinping promised to “spare no effort” to put on a grand show. The run-up, however, has been marred by controversy. The United States and a handful of allies have pledged a diplomatic boycott over human rights, while the omicron variant of the coronavirus is testing Beijing’s strict lockdown measures at the worst possible time.

“The world is turning its eyes to China and China is ready,” Xi said. In fact, the world will be watching not only the action on the ice and the slopes, but also the political drama on the sidelines.

Here are the latest developments:

2:00 pm Beijing Olympics organizers say 34 new coronavirus infections have been detected among Games-related staff, Reuters reports, about a third of them athletes and team officials. Twenty-three of the cases were newcomers, while 11 were already in the “closed loop,” in which Olympics participants and staff can move within a bubble but not around the city. Under the rules, athletes who test positive and show no symptoms are released from isolation only after testing negative twice, 24 hours apart, according to the report.

15:03 The United States denies a report in Chinese state media that it was trying to disrupt the Games by goading athletes into half-hearted efforts in the competition and criticizing Beijing. “We were not and are not coordinating a global campaign on participation in the Olympics,” a US embassy spokesman told Reuters.

On Friday, China Daily, an English-language newspaper run by the Chinese Communist Party, cited unnamed sources as saying that the US “anti-China forces” were seeking to “maliciously disrupt and spoil” the Games and politicize sports.

9:40 a.m. Human rights advocates have urged athletes and sponsors to speak out during the Beijing Games, underscoring the tense political atmosphere. Activists representing Chinese dissidents and the Uyghur and Tibetan minorities spoke at an online news conference organized by Human Rights Watch on Friday, according to the Associated Press.

“Your silence is your strength,” said Lhadon Tethong, director of the Tibet Action Institute, appealing to athletes in the West and elsewhere to oppose what activists, and some governments, have called “genocide.” . “I personally think he should use his platform and his privilege and this historic opportunity. You have to speak out against the wave of genocide,” he said.

China denies all allegations of abuse and has warned against political statements at the Games. “Any behavior or speech that is against the Olympic spirit, especially against Chinese laws and regulations, is also subject to certain punishment,” said Yang Shu, deputy director general of the Beijing 2022 International Relations Department, earlier this month. month.

2:20 a.m. The Canadian Olympic Committee says that five members of its 246-person Olympic delegation have been included in Beijing’s COVID-19 protocols, Reuters reports.

1:15 a.m. The 15-athlete team from Taiwan, competing under the name “Chinese Taipei,” will not participate in the opening or closing ceremonies of the Beijing Games. Taiwanese officials’ announcement comes amid concerns that Beijing could use the Games to make a statement about the status of the autonomous island, which China considers a renegade province.

12:30 pm Twelve cases of COVID-19 were detected among Games-related staff on Thursday, organizers reveal, according to Reuters. Of the dozen, 10 were recent arrivals at the airport, while the others found themselves in the “closed-loop” virus bubble of the Olympics.

11:05. China will allow UN human rights chief Michelle Bachelet to visit the scandal-hit Xinjiang region after the Winter Olympics conclude, the South China Morning Post reported, citing unnamed sources. The visit will take place sometime in the first half of the year, the newspaper said.

Rights groups have accused China of human rights abuses against Uyghurs and other minority groups in the Far West region, including torture, forced labor and mass detention of around 1 million people.

Beijing, which denies those claims, insisted that Bachelet’s office refrain from publishing a report on the region before it hosts the world sports exhibition, the Post said.

3:36 a.m. All three athlete villages are now open, under a strict COVID-19 bubble policy. In addition to observing coronavirus rules, some delegations, including the US and Canada, have advised their team members not to bring their own mobile devices due to cybersecurity concerns.