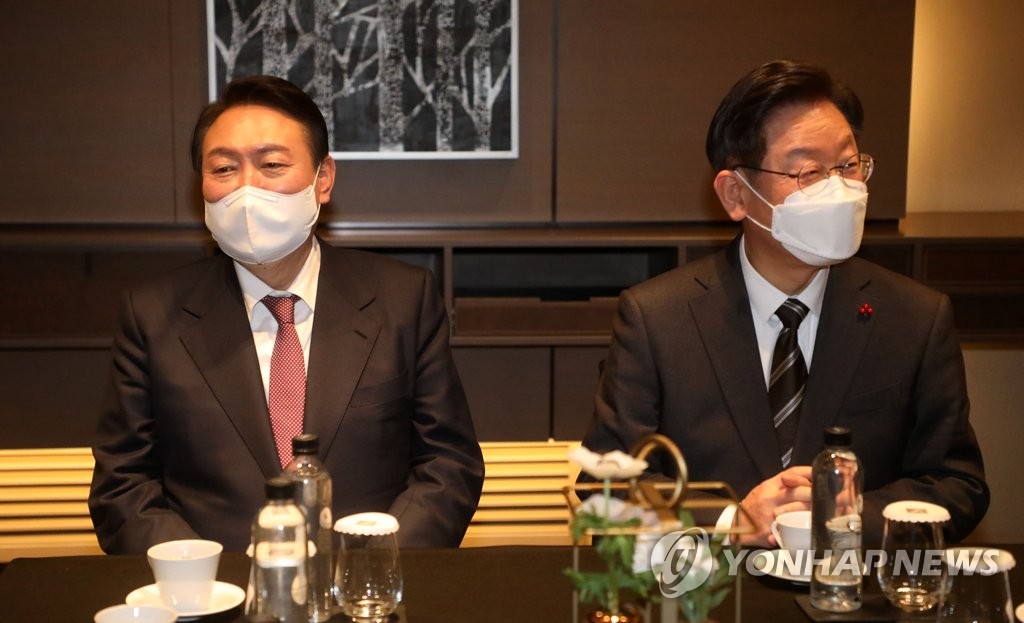 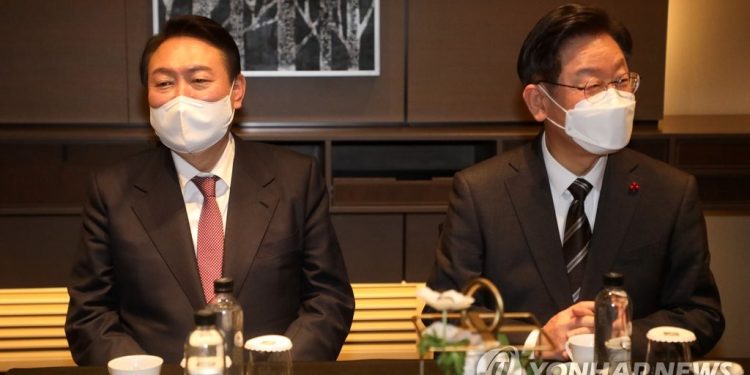 Lee of the liberal Democratic Party (DP) and Yoon of the conservative People’s Power Party (PPP) are scheduled to hold their first two-way debate on Monday before having an expanded debate with two minor contestants on Thursday.

DP and PPP negotiators met twice on Sunday to work out the details of the debate one by one, with the ruling party initially proposing three issues: people’s livelihoods, foreign policy and the ethical issues surrounding each. candidate.

The PPP rejected the plan, saying it wanted free debate with no subject restrictions.

Lee agreed to the terms of the PPP, but added the condition that neither candidate use reference materials during the debate.

The talks reached another impasse, as the PPP insisted on using reference materials related to Lee’s alleged connection to a massive development corruption scandal.

“We let them get away with the date and the format. Our last request was that we hold the debate without reference materials to show (people) fairly and honestly what we have prepared,” said Representative Park Ju-min, leader of the DP. negotiator, he told reporters.

The PPP responded that disagreeing with the use of reference materials was no different than trying to prevent the discussion from moving forward.

“To say that we can’t even bring materials to show as proof that something was signed in case (Lee) denies the accusations against him is to say that we shouldn’t fully have the debate,” said Rep. Sung Il-jong, of the PPP. chief negotiator, he said.

Meanwhile, minor candidates Ahn Cheol-soo of the People’s Party and Sim Sang-jeung of the Justice Party launched separate sit-ins at the National Assembly to protest the planned one-on-one debate.

The two have applied for injunctions to prevent the three major TV stations from hosting a Lee-Yoon debate, and two courts granted the injunctions last week.

Following the court decisions, the PPP proposed a two-way debate without the participation of broadcasters. The DP agreed while demanding Yoon’s participation in a four-way debate.