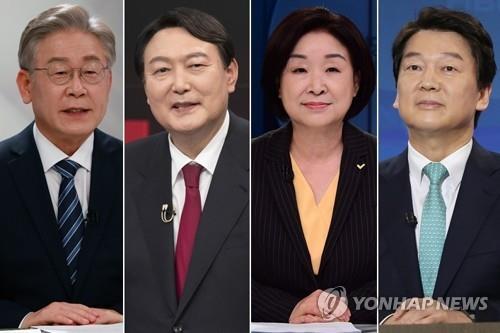 The liberal Democratic Party’s Lee lost 1 percentage point in a Jan. 21-22 poll, while the conservative People’s Power Party’s Yoon held on, according to the Southern Post’s poll of 1,002 adults taken from Friday to Saturday.

When asked to choose the candidate most likely to win the March 9 election, 39.1 percent chose Lee, while 39.5 percent chose Yoon.

In presidential televised debates, 75.6 percent said they are an important factor in deciding who to vote for, with 46.6 percent definitely watching the debates and 40.5 percent watching if possible.

The poll had a margin of error of plus or minus 3.1 percentage points at the 95 percent confidence level.