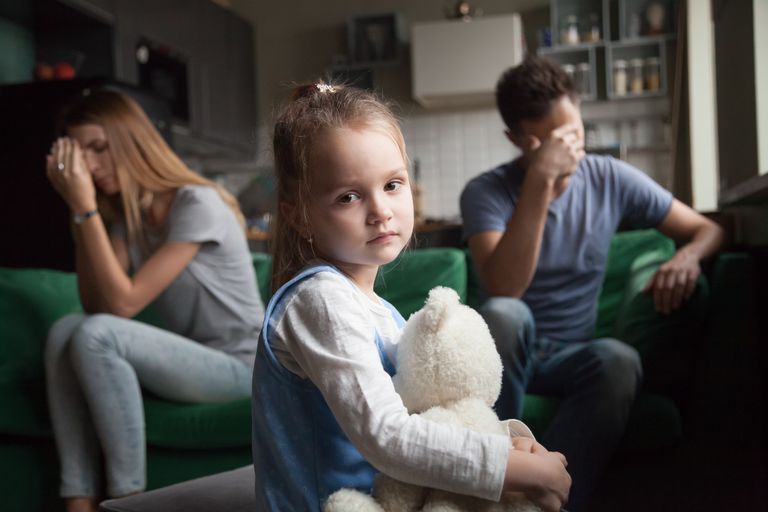 Let’s talk about family. The place of children during divorce Some families are dismembered after the separation of parents, with children distributed as if they were trophies instead of people. Sometimes due to decisions that do not take into account the importance of keeping the family environment as similar as possible to when they were all together so as not to add more losses and pains.

Other times it is because unconscious alliances are formed that lead to those divisions of “yours” and “mine”, this can also happen in couples that remain united and it is not good for either.

The best for each of the children it is to have the unconditional support of both parents, without subliminal alliances, without the need to take sides, or to take care of the parents, reassured that they can lead their lives and that their parents are fine, either alone or as a couple, and are still in charge of their children.

Adults must also be very attentive to the mobilization and change of roles that may appear in the new post-divorce family schemes to ensure that the children remain as children and do not take places “replacing” the parent who is not there, not leaving to take care of to mom, cooking at dad’s house, taking care of the little brother, being extra careful not to forget anything, challenging younger siblings, not responding to the adult in charge, identifying and repeating behaviors of the absent person, such as yelling or mistreatment…

From the separation, the two parents have to resume the tasks that they had previously delegated to each other, so the children will continue to feel protected in all areas, and there will be no care gaps that make them feel alone, abandoned, or lead them to fill that gap by occupying a place of adults that does not belong to them.

It is very different to bathe the little brother because it is fun and to help dad a little (natural and healthy), than to do it because dad needs it, demands it, does not know or cannot do it, or because dad would not bathe him.

First of all, protection

From the separation, the two parents have to resume the tasks that they had previously delegated to each other, so the children will continue to feel protected in all areas, and there will be no care gaps that make them feel alone, abandoned, or lead them to fill that gap by occupying a place of adults that does not belong to them.

In this way we will be able to minimize some avoidable “side effects” of the separation since they have enough to deal with the inevitable effects, such as pain, missing, insecurity, fear, guilt, the time it takes to “be” with each one of the parents, etc.

Parents are not always responsible for these role changes, there are children who are very attentive to their parents and their needs and they do it to help, or they identify with some trait of the absent parent, surely as a way of not suffering so much or not feeling note its lack; others discover an important benefit in the new place they occupy in the house, for example, dad is not here so I send my brothers…

Let’s be careful that the boys do not take advantage of the separation to escape on a tangent and dodge responsibilities, such as staying in the house where they are watched less, not commenting that they have an exam to avoid studying, saying that they already bathed in the other house, etc. It would be ideal if, even if separated, the rule that two “yeses” (from dad and mom) are needed for requests and permissions continues to work.

In the rearrangement of roles, sometimes we are the parents who can get confused and claim a child for an anger that actually corresponds to the other adult. Without realizing it, we “see” the father or mother in the child, and then we get angry with our daughter because she gets impatient or with our son because of his slowness or disorder.

In the rearrangement of roles, sometimes we are the parents who can get confused and claim a child for an anger that actually corresponds to the other adult.

They are traits that bothered us in the couple and that somehow remind us of it. It is an arduous and interesting task to recognize that we are transferring our ghosts or difficulties with the other parent to our children in order to stop doing it.

A few days ago we saw the importance of looking for the best for the children instead of the best to harm our ex-partner. How do we do it? It’s easier if we reconnect with the time when we chose her as a life partner, and if we remember that we are inextricably linked as co-parents for many years to come.

Despite our anger and complaints today, for our children to be who they are, it was necessary to join the sperm of that man with the ovules of that woman… if this were not the case, the children would be others, and it turns out that the sons or daughters who we want is these! The same idea is valid for the other ways in which a couple becomes a family, since it was within that couple at that happy moment that the project arose -and its realization- of having children of both, either by adoption, egg or sperm donation, or surrogacy.

That ex, with whom we are so angry / hurt / offended, with whom we are so disappointed is the one who made it possible for these children to exist in our lives. How important it is to have that clear, along with the love we once had for each other, and to keep it in mind when it comes time to make decisions about separation!

The Catalan therapist Joan Garriga teaches us that even if we have nothing to thank our parents for, we can always thank them for giving us life.

Something similar applies to our ex-partners: gratitude for our children, respect for the person who was and who we chose at the time, the memory of the shared history and what it meant in our lives can help us get out of anger, build a team and refocus on issues related to children in order to care for them and accompany them to grow.